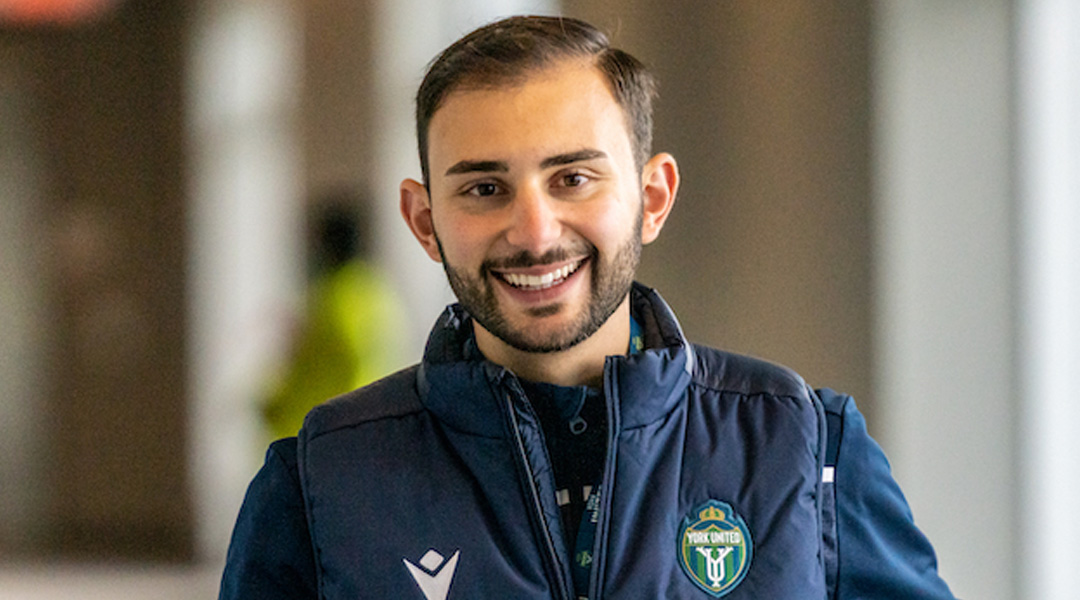 Canadian Premier League side York United has confirmed that the club’s Director of Football Operations, Alex Bizzarri, has been hired by the Vancouver Whitecaps.

The 25-year-old will take his first steps in Major League Soccer as the Whitecaps’ Manager of Team Operations and Administration, marking a continual rise in the 25-year-old’s young career.

Bizzarri’s work in football began through an internship opportunity with York United in 2019, with the Toronto local stepping into a more-permanent role as Equipment Manager the following year.

After impressing with his logistics capability in the bubbled Island Games tournament, he continued to hone his professional skills in both scouting and football administration, accruing a slew of certifications before being named by York United as their Manager of Football Operations and Scouting for 2021 and, after that, Director Of Football Operations.

“For me this is just as important and as positive a development as a player transfer,” says York United President Angus McNab. “With Sam Gregory moving on to Inter Miami and Alex now joining the Whitecaps, it’s great to see York alumni in Major League Soccer and progressing in their careers.”

McNab states that Alex has made the best of a career opportunity presented to him by the Canadian Premier League and the Baldassarra family, describing him as a vital member of the team.

“When this league and club first started, I was immediately drawn to what this could mean for someone like me who was desperate to get their foot in the door and begin a career in professional football,” added Bizzarri. “This club – the hometown club I always dreamed would exist – provided a platform for me to learn, grow and ultimately solidify my love for the game and my desire to work in a pro environment. It will be very strange following the team from afar now but I can’t wait to see this club continue to improve and reach heights never seen before.”

Bizzarri also gave a special thanks to Luca Forno, the previous Nine Stripes staffer who initially brought him into the fold at York Lions Stadium, along with Angus McNab and the Baldassarra family.”