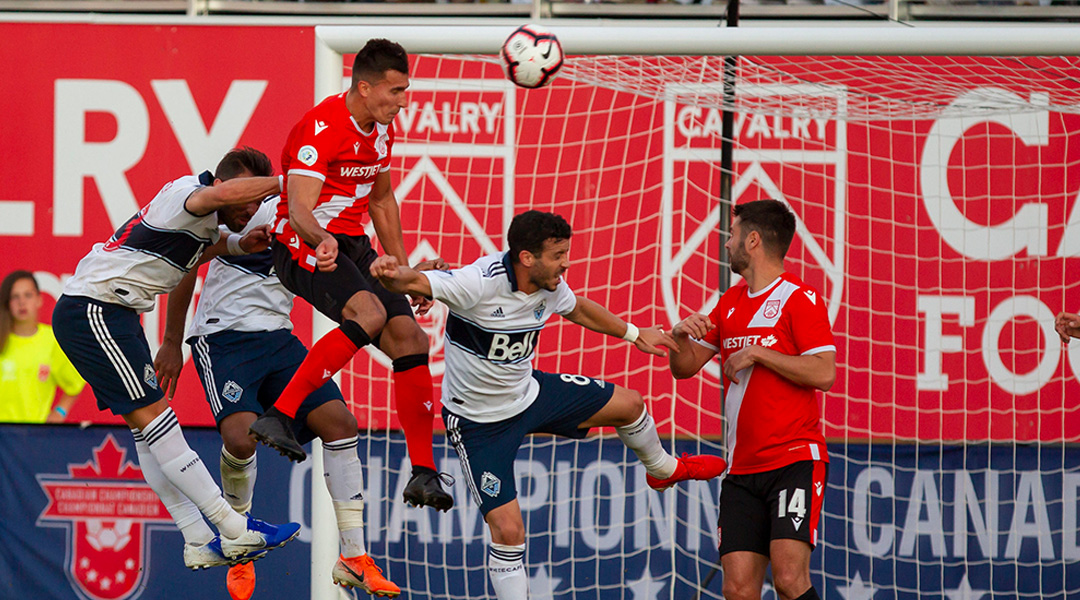 When the Vancouver Whitecaps were ousted by Cavalry FC in the Canadian Championship, head coach Marc Dos Santos was complimentary of the quality found within the burgeoning professional domestic league. In a recent chat with AFTN, the gaffer has now confirmed that the club is actively following two or three CPL players as potential signings.

Having established his own recruitment network throughout his first year with the west coast MLS side, Dos Santos admits that he hasn’t tuned in to much Canadian Premier League action following his Voyageurs Cup defeat to a CPL side, but then stated that he’s made an exception for two or three as-yet-unnamed players that he views as potential transfer targets:

I watched a lot in the month we were preparing for Calgary, but now with the recruiting, the only thing I’m following is maybe 2-3 possible players that we could be interested. […] We have a scout that takes care of the USL, CPL, and college, and I just ask him if there’s anything coming up that you really think needs all of my attention. So, he would come up sometimes and say, ‘look Marc, you really should look at this guy’, and now I would look at a game or that.

Of course, Dos Santos didn’t offer any hints at who these players could be: the likes of Dominick Zator and Marco Carducci likely impressed during Cavalry FC‘s underdog victory (and their run to the CPL Finals), though the Whitecaps would ideally like recruitments that come with several years of MLS experience.

Despite the aforementioned players being Vancouver Whitecaps products, neither player ultimately made a full MLS debut – though Carducci did make two Voyageurs Cup appearances for the Whitecaps back in 2014.


Yesterday, rumours have indicated that Zator is set to get a national team nod ahead of Canada’s away CONCACAF Nations League game in the USA. It would make him the third Canadian Premier League player to get a call from the Canadian national team.

Golden boot winner Tristan Borges is another obvious link, with the 21-year-old former Toronto FC Academy product wowing spectators and pundits alike with his consistent performances throughout his title-winning season. He’d be a comparatively inexpensive bet for an MLS side looking to take a chance on domestic talent with a high ceiling.


Of course, given that the Vancouver Whitecaps are simply monitoring a few Canadian Premier League players, it’s possible that nothing will come to fruition. For the moment, neither Toronto FC nor the Montreal Impact have commented on if they’re eyeing any potential signings from the professional domestic league.

The Whitecaps finished in the bottom of the western conference in MLS action, though Dos Santos is confident that his recruitment team can bring in the right players to set the club on the right course. While it remains to be seen if any of the pieces to the puzzle end up coming from the Canadian Premier League, it’s good to know that they’re a viable option for the MLS side.