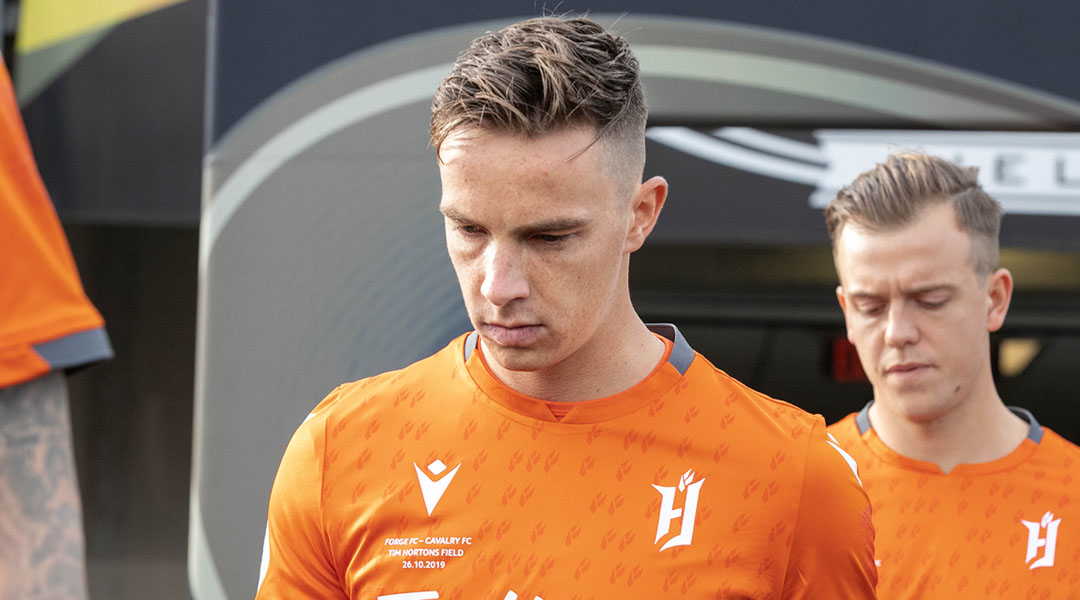 The Vancouver Whitecaps are set are kicking off their 2023 MLS preseason camp, with players filtering in for medicals and fitness testing over the weekend before departing for Spain on Tuesday.

Invited to camp is Forge centre-back Daniel Krutzen, who was spotted training with WFC2 in November and evidently remains a subject of interest for the MLS side.

The 26-year-old defender spent the last four seasons with Forge FC, where he’s picked up three North Star Shield titles. The Dutch defender missed most of the previous CPL season after suffering an ACL injury at the tail end of the 2021, but surged back during the playoff period to captain the side en route to their latest title win.

He’s also acquired his permanent residency, which makes his possible transition into the Whitecaps squad much more likely.

Krutzen has made eighty appearances for Forge FC, where he’s proven to be a top defender at the CPL level and, it seems, is ready to make a similar step as to Lukas MacNaughton and Joel Waterman. He’s also a threat on the other end of the pitch, contributing nine goals and three assists during his time in orange.

The left-footed defender has trialed elsewhere during the long CPL offseason before, with 2021 seeing him join top flight Swedish side Orebro SK, where he contributed an assist in a friendly during his trial period. However, he soon flew back to Canada and has, thus far, remained with Forge FC since the club’s inception.

He won’t be the only player taking part in preseason with CPL experience, with Karifa Yao joining the ‘Caps after spending two seasons on loan with Cavalry FC.

While it remains to be seen what is ultimately next for Krutzen, his invitation to preseason camp represents a significant opportunity for the 26-year-old to bring his career to the next level.

The Whitecaps preseason camp will feature a test against Hamburger SV in Spain, after which the team will return to Vancouver ahead of another stint abroad in California, where they’ll square off against DC United, Charlotte FC, Toronto FC, St. Louis City SC, and Minnesota United before opening the MLS regular season against Real Salt Lake in late February.

Forge FC has yet to release a roster update for the 2023 CPL season.