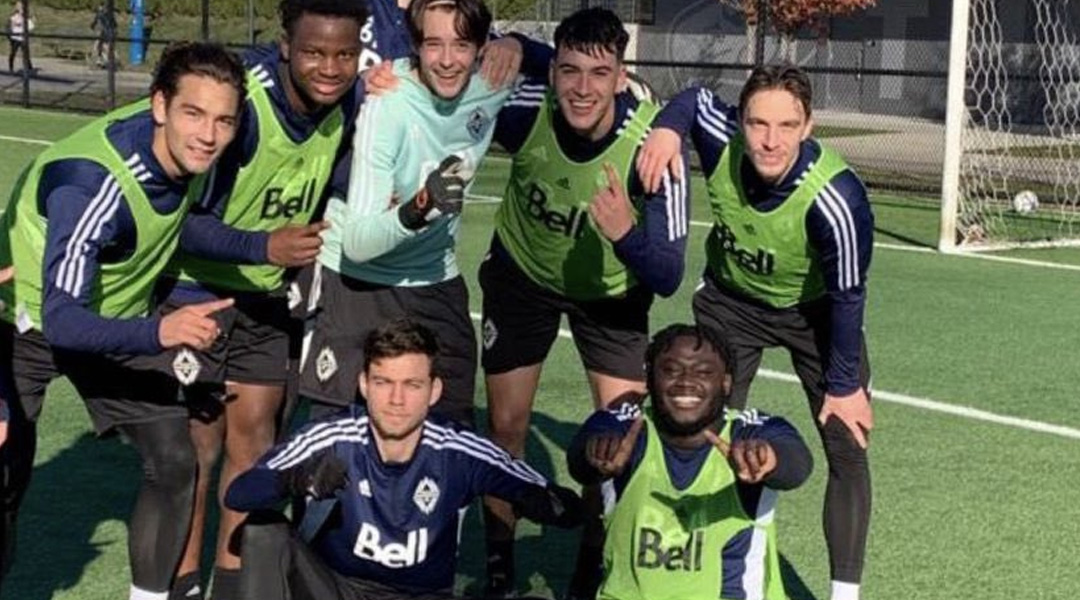 UPDATE: We’ve confirmed that Krutzen has obtained Permanent Residency status in Canada, which makes any potential much much easier for the ‘Caps in terms of roster regulations.

It looks like Forge’s Daniel Krutzen is training with MLS NEXT Pro side Whitecaps FC 2.

The 26-year-old centre-back was spotted in a training photo posted by Lowell Wright, who himself arrived from the Canadian Premier League over the summer.

See Also: Krutzen On ‘Raising The Bar’ With Forge FC

The Dutch defender missed most of the CPL season after suffering an ACL injury at the tail end of the 2021, but surged back during the playoff period to captain the side to a third North Star Shield. All-told, the club original has made eighty appearances for the hammers and is certainly a key contributor when fit.

It’s fair to say that Alexander Achinioti-Jonsson stepped up to the plate in Krutzen’s absence, however, taking home the league’s Defender of the Year award for his efforts.

This won’t be the first time that Krutzen has trialed elsewhere in the offseason, with 2021 seeing him join top flight Swedish side Orebro SK, where he contributed an assist in a friendly during his trial period. However, he soon flew back to Canada and has, thus far, remained with Forge FC since the club’s inception.

The left-footed defender evidently isn’t the only CPL standout that the ‘Caps have been eyeing, with the first team selecting Karifa Yao in the first stage of the MLS Re-Entry Draft earlier today.