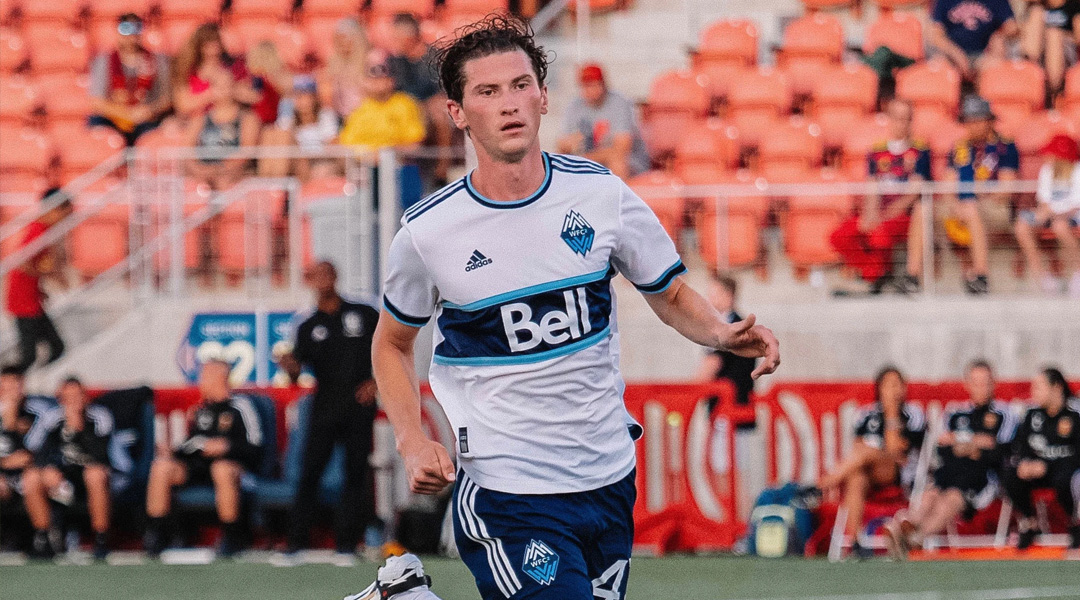 After an impressive opening to his MLS NEXT Pro career, Canadian striker Easton Ongaro is getting called up to the big leagues.

The 24-year-old will make a short-term move up to the Vancouver Whitecaps for the club’s away match against the LA Galaxy tomorrow, which could see the six-foot-six striker make his MLS debut.

The opportunity comes after Easton Ongaro impressed right from the get-go at Swangard Stadium, scoring three goals in three starts for Whitecaps FC 2 since his arrival just over a month ago.

His return to Canadian football came after a short stint with Romanian top flight side UTA Arad, where a promising start was curtailed by missed payments by his former side. After returning home, he trained with FC Edmonton before heading out west to stay fit with the TSS Rovers as he inked an MLS NEXT Pro deal.

Oh, and he twinned with Shawn Mendes, too.

The late-blooming striker had begun his professional career just four years ago, with the then-unknown striker proving to be an absolute phenom at the CPL level. He tallied 25 goals and 5 assists in just 57 appearances for FC Edmonton before revealing to Northern Tribune that he was looking to test himself in Europe. While the Whitecaps had touched based with him back then, it wouldn’t be until his return months later that paperwork got signed.

Despite having left the Canadian Premier League after the league’s third season, he still rests third in all-time goals as the league’s fourth campaign launches past the halfway point.

The Whitecaps FC 2 seem to have an eye for physical attackers who made waves at the CPL level, with the side recently recruiting York United striker Lowell Wright just days ahead of his nineteenth birthday.

The Whitecaps currently find themselves down several attacking options, with Lucas Cavallinii set to suit up for Whitecaps FC 2 during his suspension. That opens the door a little wider for Ongaro not long after former CPL talent Mohamed Farsi completed his own path from MLS NEXT Pro up to MLS itself.