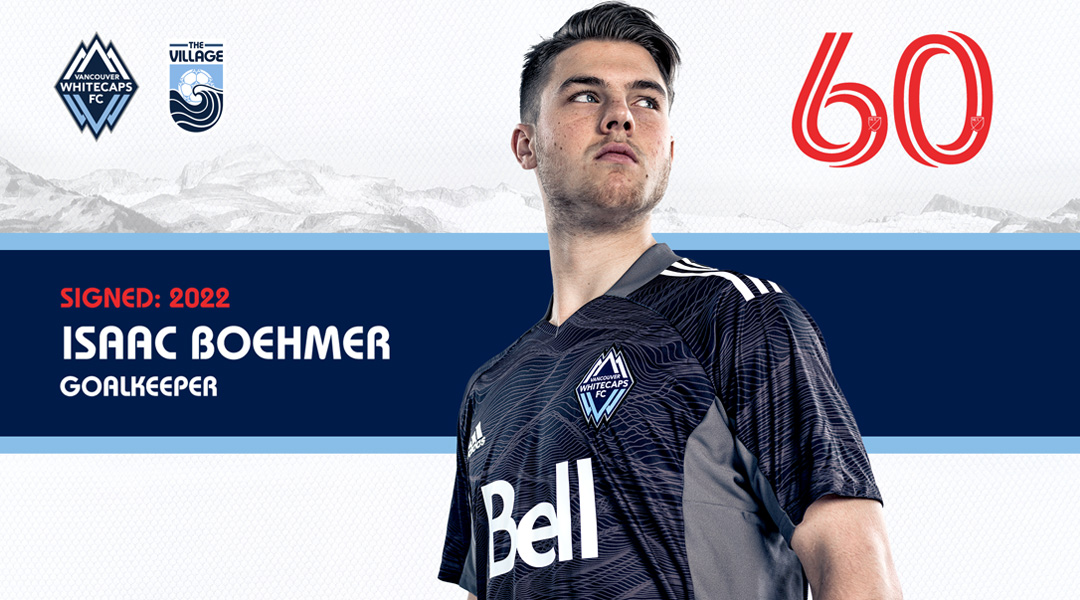 The 20-year-old has now signed on for the 2022 MLS season with a contract that includes options all the way through to 2025.

Boehmer had first signed with the club in 2020 after rising through the academy ranks. He spent the last season on loan with Pacific FC, making one appearances for the eventual CPL champions before returning to his parent club.

The side declined his option at the end of 2021, but invited him to preseason camp ahead of the 2022 MLS Season. With both Maxime Crepeau and Evan Newton making outbound moves over the last few weeks, we speculated that Isaac was always likely to re-sign with the club.

He is expected to feature for the club’s MLS Next Pro team this season, which rules out a potential loan back in the CPL. For its part, Pacific FC announced that Emil Gazdov had joined the side for the 2022 CPL season to compete for a spot with Callum Irving.

Axel Schuster states that with Thomas Hasal and Isaac Boehmer already signed and 17-year-old academy prospect Max Anchor having looked sharp in camp, the club has a great group of young talent – though he notes that an experienced goalkeeper will be added to the group in the near future.

With Thomas Hasal expected to have a full season as the club’s number one choice, it’ll be interesting to see what opportunities may await Boehmer with an MLS side that clearly isn’t afraid to hand its youngster talent some big responsibilities.