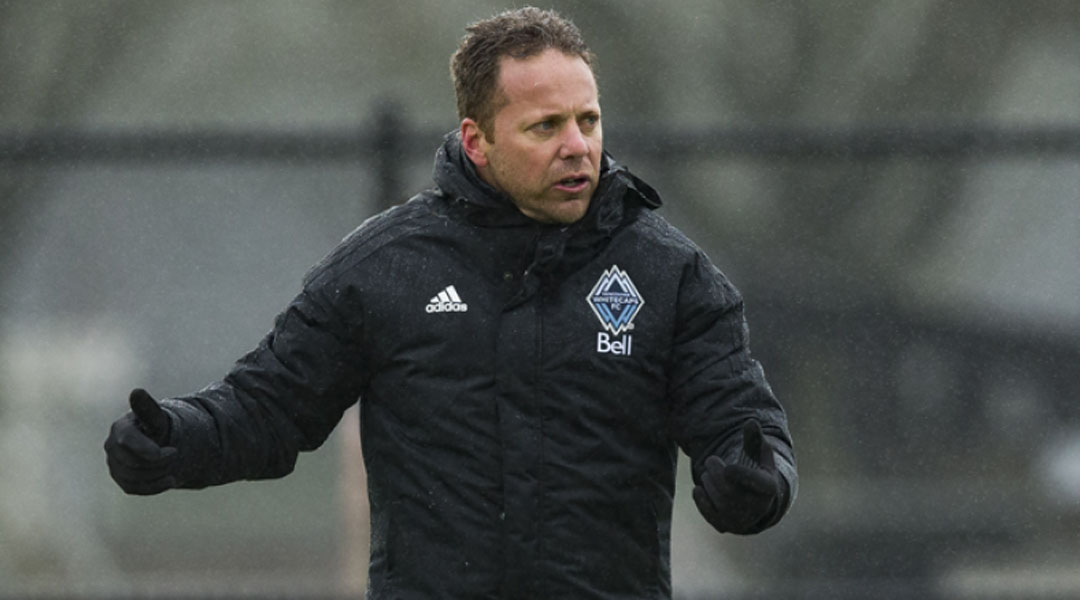 The decision came following a 4-3 defeat to Pacific FC in the Canadian Championship, with the Whitecaps remaining locked outside a playoff position in league play – though it currently finds itself in the midst of an eight match undefeated run in MLS action.

The club has confirmed that director of methodology Vanni Sartini will fill in as acting head coach, with assistant coach Ricardo Clark and goalkeeper coach Youssef Dahha remaining with the team.

We are very grateful to Marc and Phil for the hard work and sacrifice that they put in to lead our team over the past two and a half years. We are extremely committed to continue moving this club and team in the right direction, and at this time we felt that it was necessary to make a change to achieve our next steps

Sartini’s first game in charge will take place this Sunday, with a home match against Real Salt Lake at BC Place.

Marc Dos Santos was named head coach back in November 2018 following successful stints as an assistant coach at LAFC and, prior to that, a title-winning campaign with the San Francisco Deltas. He had also helmed the Swope Park Rangers, Ottawa Fury, Montreal Impact (in its NASL days), and the Trois-Rivieres Attak.

I am very grateful for my time with the Whitecaps and appreciate the support I received during a challenging two plus seasons. There are a lot of great people at this club, who work extremely hard, and I’m thankful for the time we shared together. I am also especially thankful to the players, technical, and support staff, and wish everyone all the best. I am very excited about the future.

Under Dos Santos’ tenure, the team recorded 22 wins, 18 draws, and 37 losses, reaching the Round of 16 at the MLS Is Back Tournament last season. The team missed out on playoff appearances in the 2019 and 2020 regular seasons, with Dos Santos having even less luck in Canadian Championship, recording three defeats to Canadian Premier League opposition.

Related: Whitecaps Reached Out To CPL Teams For Preseason Friendlies

In a recent interview, former York United assistant coach Carmine Isacco described him as a coach who has done plenty while being very given little during his time at the Whitecaps. He had arrived as a long-term replacement for Carl Robinson, who spent five years in charge of the Vancouver-based team and oversaw three postseason runs.

Following his 4-3 loss to Pacific, Dos Santos had admitted that the team needed to take a look at its defensive efforts, describing football as a game that sends you from heaven to hell and from hell to heaven quickly. We wish him all the best in future endeavors.

The club recently secured the arrival of Scottish designated player Ryan Gauld, who scored a brace against Pacific FC and netted a late winner against LAFC in Dos Santos’ last league match with the club.

Canadian coaches leading Major League Soccer sides proven to be a rarity in the US top flight league: Beyond Dos Santos, only three other Canadian coaches have led MLS sides in non-interim roles: Mauro Biello, Frank Yallop, and Mark Watson, though CF Montreal’s French head coach Wilfried Nancy has been with the club’s academy since 2011.

Acting head coach Vanni Sartini was hired ahead of the 2019 MLS season, initially arriving as an assistant coach before being named the club’s director of methodology last September. His coaching credentials include three seasons as the head coach of GS Mezzana Calcio. He was also the assistance coach at Livorno Valcio during their promotion to Serie A, and had assisted with Serie C side SSC Bari as well. He holds a UEFA Pro License.

The Vancouver Whitecaps will be holding a press conference regarding the decision later today.