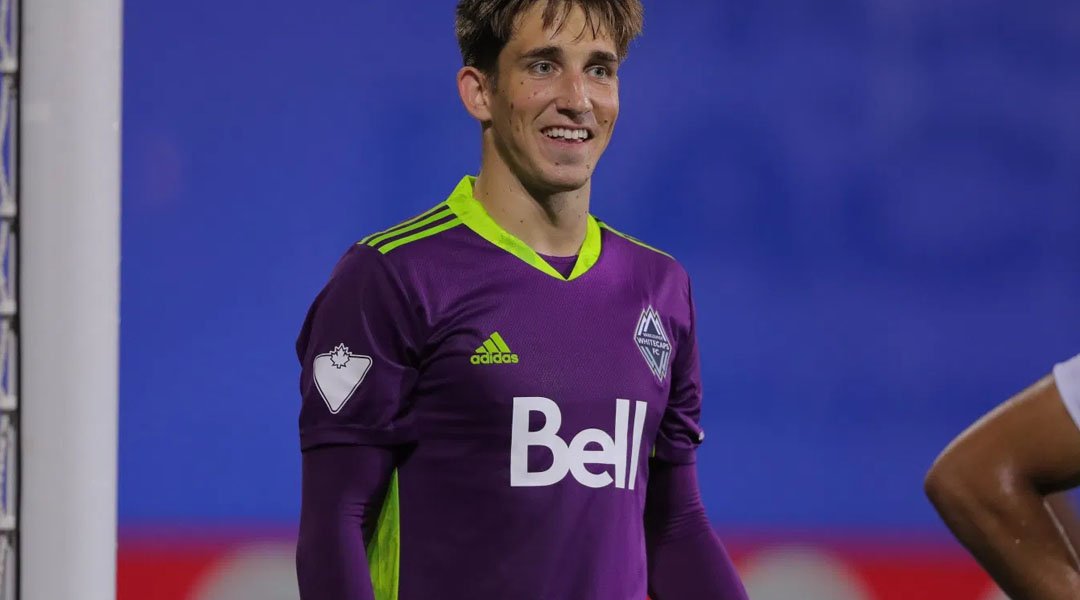 Nef: Hasal To Take Number One Spot For Whitecaps

The Whitecaps have since confirmed Hasal to be a starter following Crepeau’s move to LAFC announced the following day.

With Maxime Crepeau likely set for LAFC, Thomas Nef is reporting that Canadian shotstopper Thomas Hasal will be stepping in to the vacant starting spot for the Vancouver Whitecaps.

The 22-year-old goalkeeper made seven appearances for Vancouver last season following a breakout campaign at the MLS Is Back Tournament in 2020. Injuries to both Crepeau and Meredith saw the third-choice goalkeeper thrust unexpectedly into action that year, with the youngster making a string of impressive saves at the bubble tournament before Vancouver bowed out in a penalty shootout.

He had come into the MLS Is Back tournament as an unknown, and came out with the nickname of Hasal ‘The Wall’.

The youngster was was set to feature prominently during the regular 2020 MLS season afterwards, making seven appearances before a tibia fracture curtained his debut campaign. If Nef’s reporting is accurate, the 22-year-old will now have a golden opportunity to prove himself as a starter following the unexpected departure of Crepeau.

Crepeau, 27, will leave big gloves to fall for the west coast side. He’d firmly established himself as a league-leading goalkeeper, making 57 appearances with Vancouver since arriving from CF Montreal in 2019.

While he first arrived for the low price of $50,000 in TAM and a third-round SuperDraft pick, MLS Writer Tom Bogert estimates that LAFC will be putting in an offer for around one million in GAM to obtain him now. The California-based club has shelled out significant amounts of GAM for its roster rebuild this offseason to bring in players like Kellyn Acosta, Franco Escobar, and Ismael Tajouri-Shradi.

Crepeau’s contract with LAFC is expected to see him get a pay raise from his $277,500 in guaranteed compensation, too.

The unexpected move was reportedly requested by Maxime Crepeau due to family reasons. It’s for those same reasons that the 27-year-old hasn’t joined the club for its preseason camp, which will eventual see them undergo four friendly matches in San Diego next month.

With Marc Dos Santos expected to be revealed as a returning assistant coach in California, it would also mark a reunion between Crepeau and his former boss.

The Whitecaps have named two other goalkeepers to its 2022 preseason roster thus far: former Indy Eleven goalkeeper Evan Newton, and 20-year-old unsigned goalkeeper Isaac Boehmer, who won the Canadian Premier League with Pacific FC last season before having his option declined by his parent club.

While Canadian international Milan Borjan was said to be in talks with a Canadian MLS side, Nef reports that the 34-year-old isn’t an option for the side – though he does note that they’ll be looking to sign a third goalkeeper to fill the roster.

The Vancouver Whitecaps reached playoffs for the first time in since 2017 least season with Vanni Sartini at the helm, with the Italian head coach signing a two-year head coach contract after accomplishing the feat. It’s worth noting that he’s consistently called Hasal a number one-caliber goalkeeper, too.