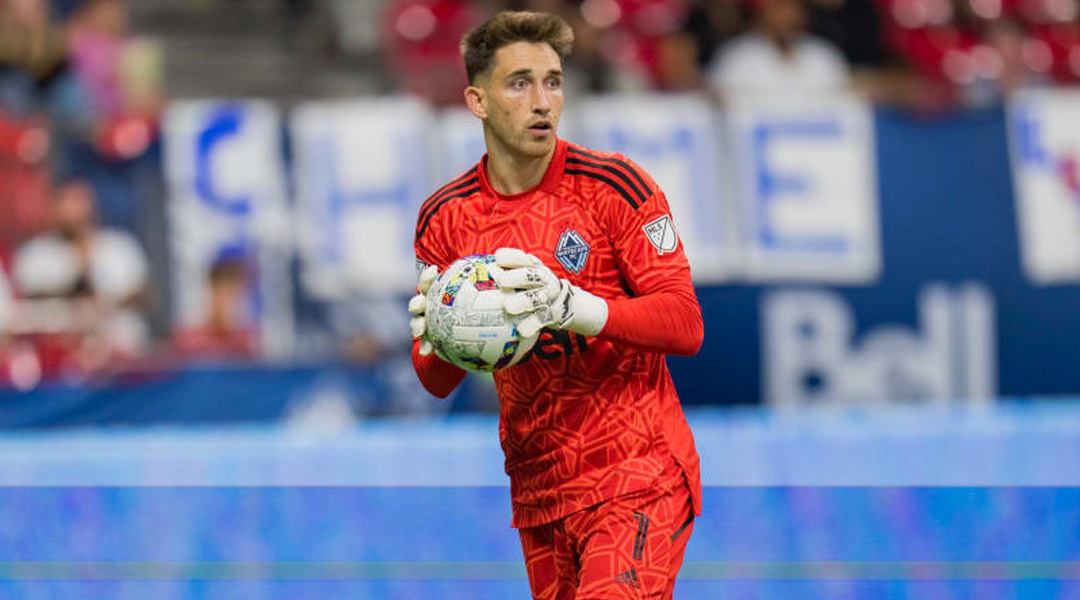 Thomas Hasal On The Start Of Preseason With The Whitecaps

The MLS pre-season is up and under way. Transfers and trades are going back and forth while teams get themselves back in the swing of things, preparing on the training field for the 2023 season ahead.

The Vancouver Whitecaps players and staff set off to Marbella, Spain last week as they decided to get their pre-season under way with an intensive schedule, looking to get match-sharp early and work on their approach for the year ahead.

Thomas Hasal is one of the more experienced players in this group now. Coming off an injury last season, he looks set to regain his place as the number one again this season and is fully enjoying the opportunity to get away with the team.

“The place is beautiful, we wake up every day with the view of the mountains and the ocean is close, but of course we are here for football and everything from the hotel, which is shut down except for football teams… it’s us and Salzburg here at the moment, the way they take care of us, the food, the facilities are fantastic, the gym is perfect, we get on the pitch and train then back in the gym and we are all close (staff and players).”

“Not only the set up but the fact other pro teams are here, to be around the quality of teams who are already halfway through their seasons elevates us more quickly.”

The facility provides them with the professional and focused atmosphere they need to work intensively on their fitness and match sharpness, as well as their tactical plans for the new season.

Alongside them in the hotel is RB Salzburg, a Champions League side competing at the highest level and producing some of the world best players. Having access to see how they play first hand can be a valuable learning experience for coaches and players alike.

“It’s a bit of a tease as they are training next to us, but we are focused on what we are doing, RB Salzburg are a Champions League team so you kind of want to see what they are doing but we have to focus on ourselves. We had one day off, and that day Salzburg were playing so we got to go down and watch, a great opportunity to see them and where they are at tactically and technically.”

It is a great opportunity for the club to come up against some European sides in friendly matches, their first against Hamburger SV of Germany who are flying high in the 2. Bundesliga this season.

Vancouver fell to a 2-0 defeat with the side heavily rotating throughout the game with senior and young players all receiving minutes to help in their progress.

“Personally, it was just great to get back in the rhythm and make some good saves, feel like we are playing in matches again after so long since the last match. As a competitor, it’s disappointing to lose, you want to go out and show these teams you can not only compete, but you can be better than them, so that was disappointing.”

“But taking a step back, we haven’t had a competitive game for more than three months, they are mid-season, so for us to be competing in that way helps push us to get up to speed.”

With head coach Vanni Sartini looking set to move away from the wing backs and three central defenders to a back four in 2023, there is plenty to work on. This being their opening game against a side who are well ahead in their preparations and halfway through their own season gave them the tough test they desired.

Not only are those from last year working on a new system but new players are adapting too. Karifa Yao and Mathias Laborda have both recently been signed and the defenders have the chance to fully immerse themselves in the group as well as have some intensive training to get up to speed.

“Yeah, definitely helps being locked in a hotel for 10-days. They are great guys and great players; we saw bright spots from them in the game. Two different guys, but they give us something extra and camps like this helps and that is what its all about.”

Hasal, who broke through with the first team during an injury crisis at the MLS Is Back tournament, is now a leader in this team. He’s long-serving player in comparison to many on the roster and knows he has a role in helping academy players settle in when getting the call up as well as to lead by example.

“I look around after coming through the academy and many players have all moved on. I look around and now, I’m one of those that’s been here the longest. It’s a big role, I focus on myself but I try to lead by example, and I know that I will help out and my teammates do as well. To be vocal on the pitch and help the new guys who are coming in helps us gel together that much quicker”.

Prior to the World Cup, Hasal got the call up to the camp to face Bahrain. He ultimately missed out on the final cut but the experience was valuable to him and something that appears to be spurring him on further for the Whitecaps in 2023 as well as in his career.

Looking ahead to Saturday against Wolfsberger, it seems that there won’t be too many changes to approach. Working on the way they want to play and building familiarity with the system and each other will be key once again.

“We worked on recovery and will be similar focus in building everything closer to being second nature tactically, understanding what we are doing. More or less just making sure we are sharper on the tactics which are switching a little from last year.”