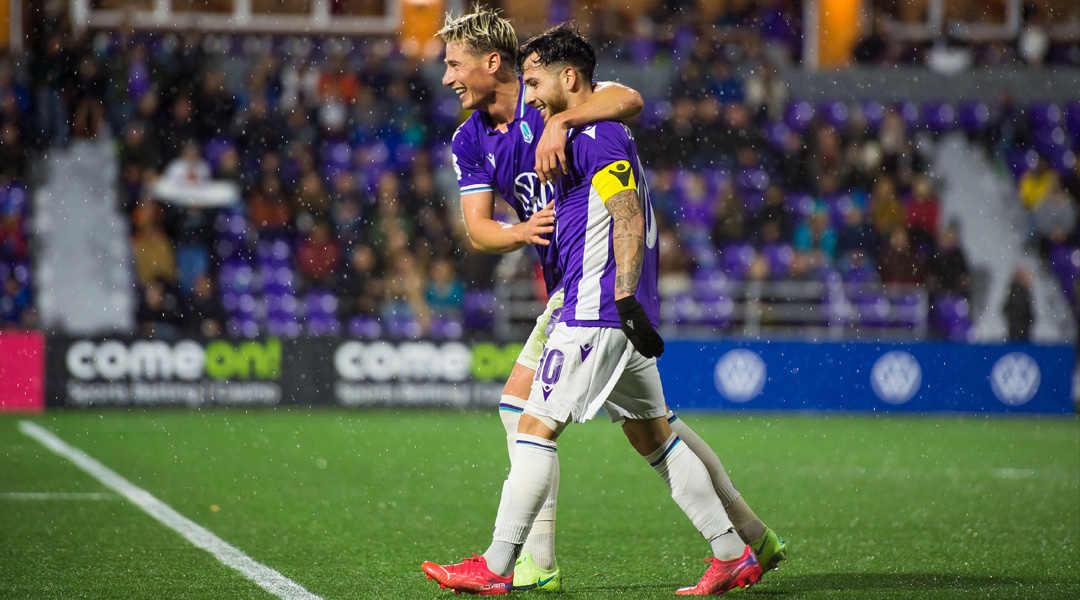 Transfermarkt’s Manuel Veth has reported that Major League Soccer side Toronto FC is interested in star Canadian Premier League attacker Marco Bustos, who will undergo a trial period with the team.

The 26-year-old – who once plied his trade for the Vancouver Whitecaps – has been a hot commodity in the CPL level, where the fast-footed attacking midfielder has generated 23 goals and 20 assists in just 90 appearances.

He also got backing from former MLS athlete and Pacific head coach Pa-Modou Kah, who was adamant that Bustos can make an impact at the MLS level.

There’s been a rising interest in CPL athletes, who are proving to be a budget-friendly option for MLS sides looking for local talent: Lukas MacNaughton jumped into a starting role for TFC this season, while Cavalry’s Mo Farsi impressed so much in MLS Next Pro that he’s now on a first team contract at Columbus Crew.

Bustos would be the third former Pacific man to land at BMO Field should the move come to fruition, with Kadin Chung also making a quieter jump up behind MacNaughton.

Bustos, born in Winnipeg, had jumped from USL to CPL with hometown side Valour FC in 2019. He then joined Pacific FC for a $75k base salary in 2020, making him one of the most well-paid CPL athletes. He repaid the faith shown in him by helping the Tridents to their first-ever North Star Shield last year.

He’s proven himself to be one of the domestic league’s best and brightest, capable of pulling strings in midfield, drawing attackers in, and using his left foot to devastating effect.

While an mid-game injury re-aggravation saw Bustos miss his chance to showcase himself when Pacific played Toronto FC in the Canadian Championship last year, it’s looking like the CPL star may get another chance to shine for Bob Bradley’s TFC.

Pacific FC reached the playoffs this year, but the former champions bowed out to eventual runners-up Atletico Ottawa. Bustos contributed three goals and seven assists in 33 matches this year.

Pacific had only confirmed Bustos had re-signed for the 2022 CPL season, and barring an undisclosed club option it appears that he could depart on a free should Toronto FC come knocking.

Veth is well-connected with west coast football, lending a good air of credibility to the potential move.