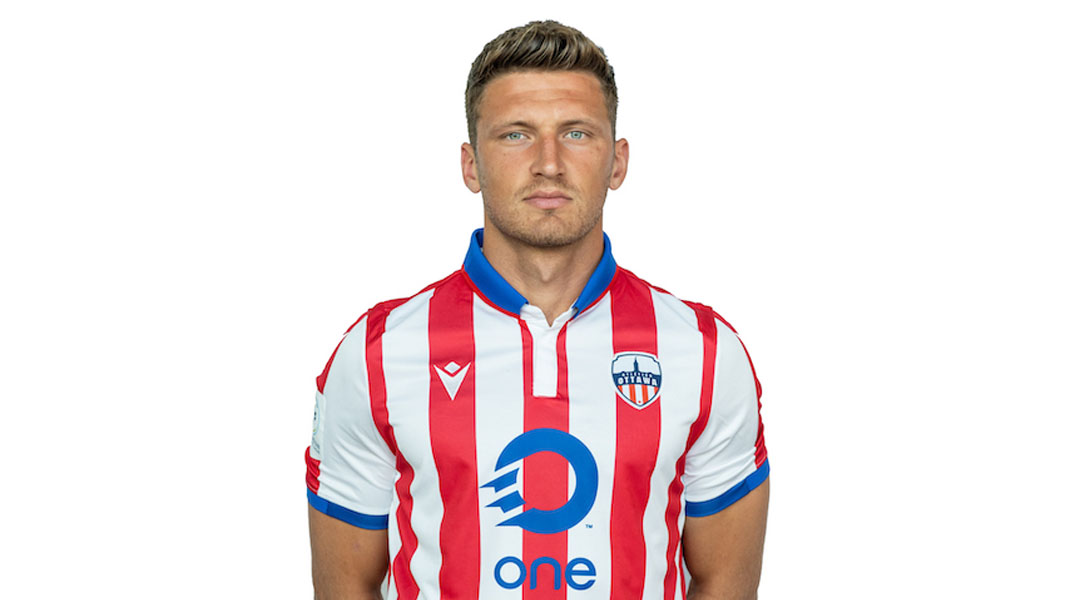 The news came just hours before he made his debut with the side, scoring a goal but getting a second yellow for his celebration in the first half.

The CPL expansion side confirmed Kowal’s initial signing when he was already in Prince Edward Island for The Island Games, though we’d earmarked him as a likely signing ahead the official confirmation.

Atletico Ottawa head coach Mista did not implement much rotation for his squad selections, with Kowal ultimately making only three late-game substitutions for the side. The 29-year-old striker now departs after having only racked up fifty minutes of game time for Ottawa-based club.

The 2019 League1 Ontario Golden Boot winner found himself behind Malcolm Shaw when it came to squad selection, with the former Vaughan Azzurri man now returning overseas to continue his career.

Kowal has played for multiple sides in Canada prior to his time with Atletico Ottawa, and had also plied his trade in Poland, New Zealand, and England prior to his breakout 2019 League1 Ontario campaign that earned him his first Canadian pro contract.

VfB Germania Halberstadt plays in the Regionalliga Nordost, with the town located north of the Harz mountain range. Last year the side finished eighth out of eighteen spots, but was some 31 points shy of topping the table.

He becomes the second former Canadian Premier League striker to jump to the German fourth division in just as many weeks, with English striker Jordan Brown having moved to Regionalliga Sudwest side VfR Aalen.

Atletico Ottawa has remained fairly quiet this off-season, with the only roster update coming when Viti Martinez was loaned to Segunda Division B side Alaves B. The squad proved competitive in its inaugural campaign, with Acuna and Vashon proving to be key players while iron men Nacho Zabal and Malyk Hamilton also impressed, too.