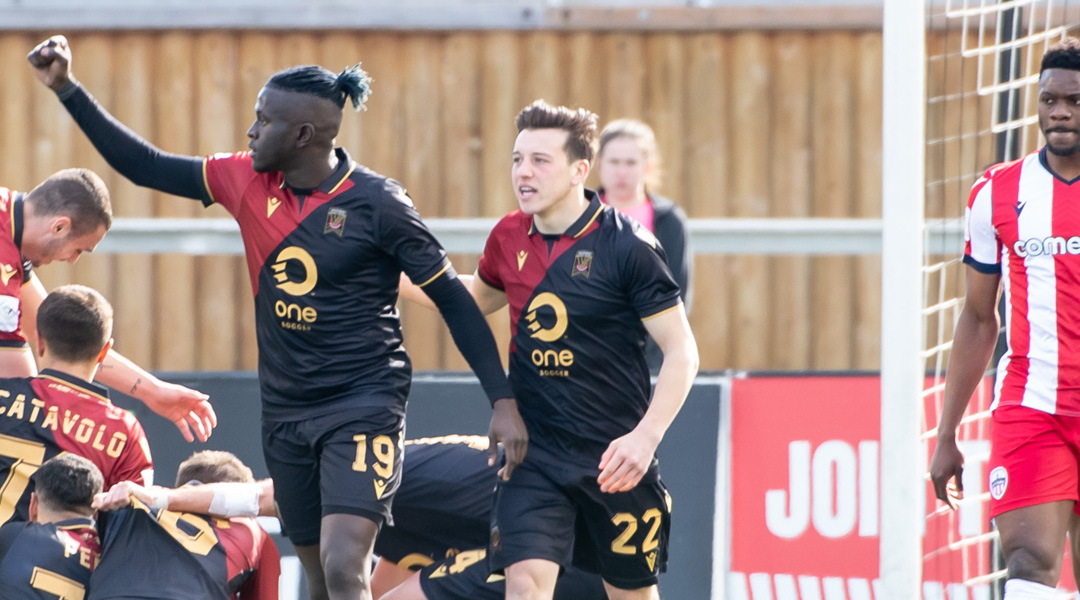 While Atletico Ottawa fell to a heavy 1-6 loss to Winnipeg’s Valour FC this weekend, two fans in the stands were treated to a special moment: their son coming on as a late game substitute against the home team.

With Valour flying and up by four, the visitors opted to give young midfielder Matteo de Brienne – who grew up in the city he was now playing against – an opportunity to help close out the game. His parents were in the stands, and another spectator got a golden view of the moment they saw their son coming on as a substitute in the second half:

To make things even more interesting, Matteo had actually signed his first professional contract with Atetico Ottawa back in 2020, only to go through the shortened 2020 season as an unused substitute before being dropped.

After keeping his nose to the grindstone without a pro contract last year, Matteo was expected to go as a top university draft pick this season. Instead, Winnipeg’s Valour FC signed the youngster to a full contract just one day before the draft list was released, and he’s now appeared in all three of the club’s opening matches.

We’d listed Matteo as one of the top five former CPL athletes who deserved a roster spot in the league, so it’s good to see the 19-year-old start to collect his first minutes at the professional level.

The youngster showed plenty of never-give-up attitude when he wasn’t picked up at the pro level last year, too: he started with in Quebec’s semi-pro league with Ottawa South United, played with FC Manitoba in the summer, and finished with the Carleton Ravens in the fall, earning an OUA East Rookie of the Year award to cap off the season.

While the youngster didn’t add to Valour’s already-impressive scoresheet last night, that’s not to say he doesn’t have the means to do so. We’re sure at some point, Matteo will show why he’s been so prolific at the youth level.

After opening the season with three away games, Valour FC will play its first home match of the season against Forge next weekend.