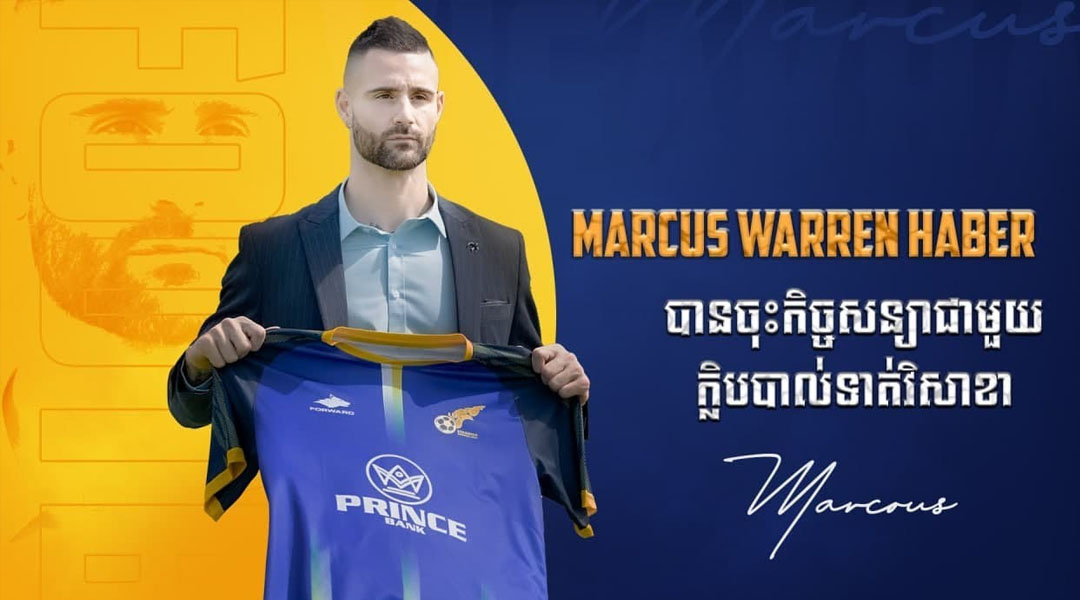 The footballer had confirmed an overseas move was locked in this November, when he one of five Cavalry FC athletes to formally depart the club. The six-foot-four striker arrived in Phnom Penh, Cambodia a few weeks later, with the capital city playing host to several top flight Cambodian teams.

Today, the Canadian veteran’s arrival to C-League side Visakha FC was made official, marking the twelfth club of Haber’s career:

The Vancouver-born striker had spent the last two seasons in the Canadian Premier League, scoring four goals in sixteen appearances for Pacific FC before signing for Cavalry and scoring twice at The Island Games.

Having made over 300 professional appearances in a playing career that saw him largely play in England, Scotland, and Canada, he arrives as a high-profile acquisition for the C-League side. With the Cambodian football season traditionally starting in February, Haber will be hoping his sixtieth career goal isn’t too far away.

Like the Canadian Premier League, the C-League has a set limited of allowed internationals, with Haber arriving as the North America’s only representative in Cambodia’s top flight. He’ll don the number eleven at Prince Stadium, where Visakha FC won the 2020 Hun Sen Cup last year to qualify for a 2021 AFC Cup play-in round.

With Cavalry FC having also parted ways with English striker Jordan Brown, the club is in the midst of an attacking rebuild: head coach Tommy Wheeldon Jr. has brought in Argentinian forward Matias Roskopf along with Canadian-American striker Ahinga Selemani, with youngster Jose Hernandez also re-signing for the upcoming campaign.

The length of Haber’s contract with Visakha FC was not disclosed.