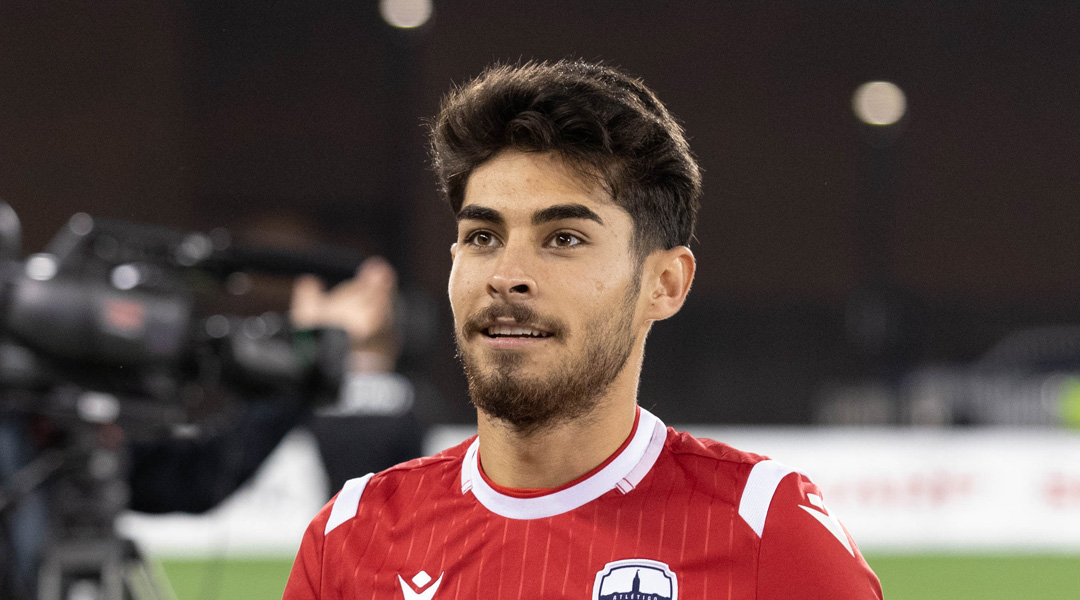 The 21-year-old spent half of last season on loan with Atletico Ottawa, where he contributed two goals and two assists throughout 22 appearances for the capital city side after paperwork issue delayed his loan stint up north.

His last appearance for Otletti came on November 7 last year in a 1-1 draw against the Halifax Wanderers.

With his time as an Atletico Madrid prospect now concluded, he’ll now embark on a new chapter with Vitoria’s B team, where he’ll need to prove himself if he’s to break into top flight action.

The Spaniard had first joined the Atletico Madrid Academy back in 2017, scoring twice in six appearances for the 19-20 UEFA Youth League. He spent the 20-21 season on loan with Segunda Division B side CF La Nucia, making twelve appearances for the fourth division side before his loan stint with Atletico Ottawa.

“I’m very eager to play here and I hope things go well for me,” he said after VSC’s announcement. “I already spoke with Antonin, with whom I played in my training period, and he told me that I would really like the city and the people. I’ve been here since the weekend and I can confirm that he was right, because the city is beautiful and the people are very welcoming.”

This will mark Soto’s first playing stint in Portugal, with the attack-minded midfielder stating that he’s keen to grasp an opportunity to show his worth.

“At this moment what matters to me is to get a place in the B team and, if I do it well, later on I will have my chance to play in the A team,” he stated.

He isn’t the only Spanish former Atletico Ottawa forward to land abroad this year, with Raul Uche recently inking a deal with Irish second division side Waterford FC, prior to which he had landed in the Spanish fourth division with Salamanca.

Soto had previously made five appearance for Spain at the U-20 level. His former side Atletico Ottawa currently rests first in league standings, a mirror image of where they were by this point last year.