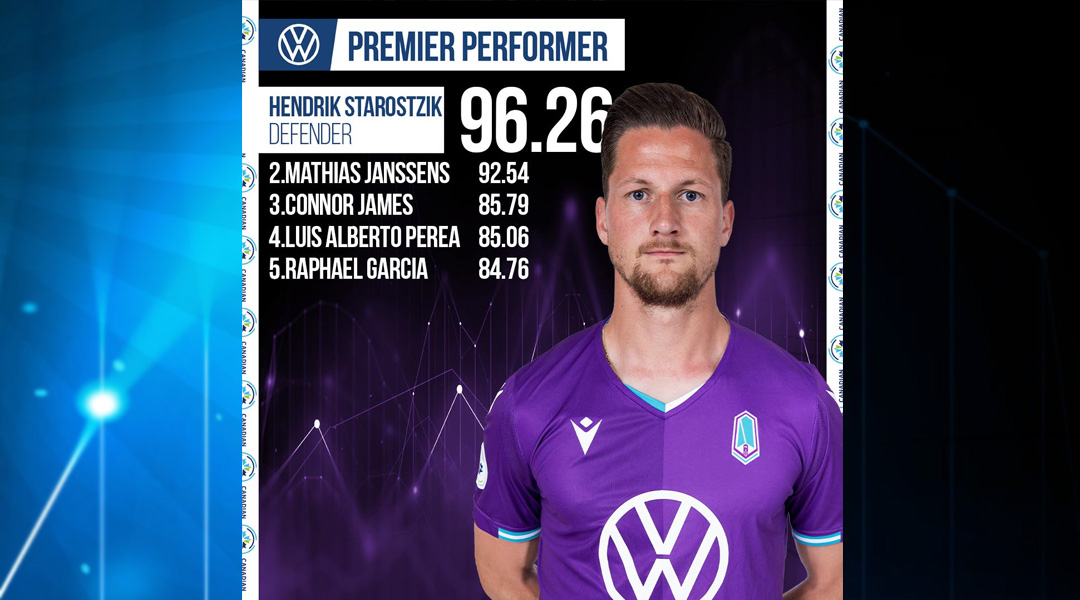 Before the Canadian Premier League kicked its first football, the league announced that the inaugural season’s top performer would be hailed the Volkswagen Premier Performer, and would win a 2019 Volkswagen Jetta GLI. Players are rated between 0-100 for each game based on a performance analysis by SportlogIQ, who officially partnered with the league this May.

As the newly-founded league’s first few weeks of action rolled in, we noted that there were some big problems with how the award standings were being presented. After each club has played five games, players on the list who didn’t accumulate 300 minutes of game time were to be wiped off and the list was to be refreshed.

Given the imbalanced schedule of the league, however, this would give players from certain clubs more time than others to clock in the required 300 minutes. The reset date was hit this Sunday when FC Edmonton played Valour, though by this time Forge FC has seen 630 minutes of game time. The Eddies have seen 450.

Then, there was the issue of how players who had only played a single match were clogging up the top spots of the award, even though it was already impossible for them to meet the 300 minute threshold. For instance, Pacific FC defender Hendrik Starostzik has topped the chart since the very first week, but he’s only played a single game. Valour goalkeeper Mathias Janssens, who occupies the second spot, had only played one game since the Volkswagen Premier Performer list was last updated on May 21, 2019. He was already illegible by then, too.

With both players mathematically ruled out prior to the reset date, it was strange to see the league focusing on them and asking of Starostzik could retain his top spot in the Premier Performer standings. It was also strange to see him hailed the current ‘top performer’ in the third week of action, given that he hadn’t played in two weeks by that point.

We also posed another big question on the award: if a player registers 300 minutes from this first window and remains in the chart, but then misses the cutoff from the next window, are they wiped out from contention? Does the player need to be present for all periods of both the spring and fall seasons, or is there room for injury?

If this sounds convoluted, that’s because it is. The standings are presented in a fairly irrelevant fashion, the 5-games-played cutoff date doesn’t present a balanced competition, and the standings themselves have fallen two weeks (or 9 games, if you will) behind schedule and have now missed the proposed reset date.

It’s possible this delay is because the Canadian Premier League is figuring out a better way to present the award, and we can only hope it introduces a more fair and balanced method. We’d love to see the system stop focusing on players who played a single good game a few weeks ago, and begin showing who was actually the best performer of the current week (with the overall standings being updated behind this). A Team Of The Week format, after all, is a much more fun talking point than a weekly reminder that a player had a good game a month ago.

That being said, the league has been quiet regarding the award for almost three weeks now, and the standings haven’t been updated in two. While it’s a fairly small issue on the scale of a newly-founded league’s growing pains, at some point this year it’s going to be a big point of contention for the top players of the Canadian Premier League.