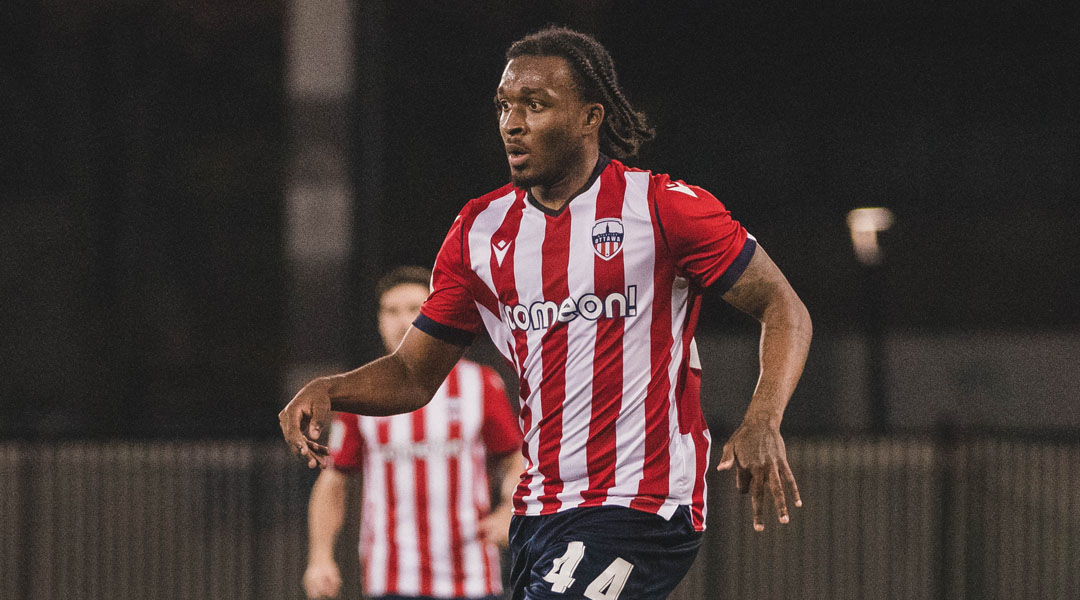 The 22-year-old left-back spent the last two seasons with Atletico Ottawa, where he made eighteen appearances and contributed three assists. The capital city club confirmed that the former England youth international’s contract had expired in its January roster update.

Neufville was the first-ever international signing for Atletico Ottawa, who recruited the promising youth international after he developed with both Chelsea and West Ham. Neufville had broken into the U-21 squad with the latter, signing his first professional contract and helping the team to a U-21 Premier League Cup alongside the likes of Doniel Henry, Reece Oxford, and Declan Rice. He also featured for England at both the U-16 and U-17 levels.

He was loaned to League Two side Newport County in 2019, where he had a dream debut just two days later: thrown into an FA Cup third round bout against Leicester City, he won a match-winning penalty after crossing the ball into the hand of Marc Albrighton. The penalty was converted, landing Newport County a shock win.

Playing time was hard to come by for him afterwards, however, and not long after it was decided that he would return to West Ham to train. He was moved on by West Ham afterwards, and trained with a number of clubs included Manchester City, Brentford, Fulham, Crystal Palace, Watford, and Southampton before accepting an offer to play abroad with Atletico Ottawa.

He featured in five of the club’s even matches in its shortened inaugural campaign, contributing an assist on his debut against York United. His second campaign with Atletico Ottawa would see his input limited to thirteen appearances after picking up a midseason knock, with his penultimate appearance for the club seeing him contribute two assists against FC Edmonton.

Neufville’s return to English football sees him land in the seventh tier, where he’s confirmed to be an expected starter in the club’s next match against top-of-the-table Hayes and Yeading. Walton Casuals currently find themselves mid-table in the Southern South division after thirty-three games played.

Atletico Ottawa is currently in Spain for preseason, with the club having added experienced left-back Maxim Tissot from two-time league champions Forge FC.