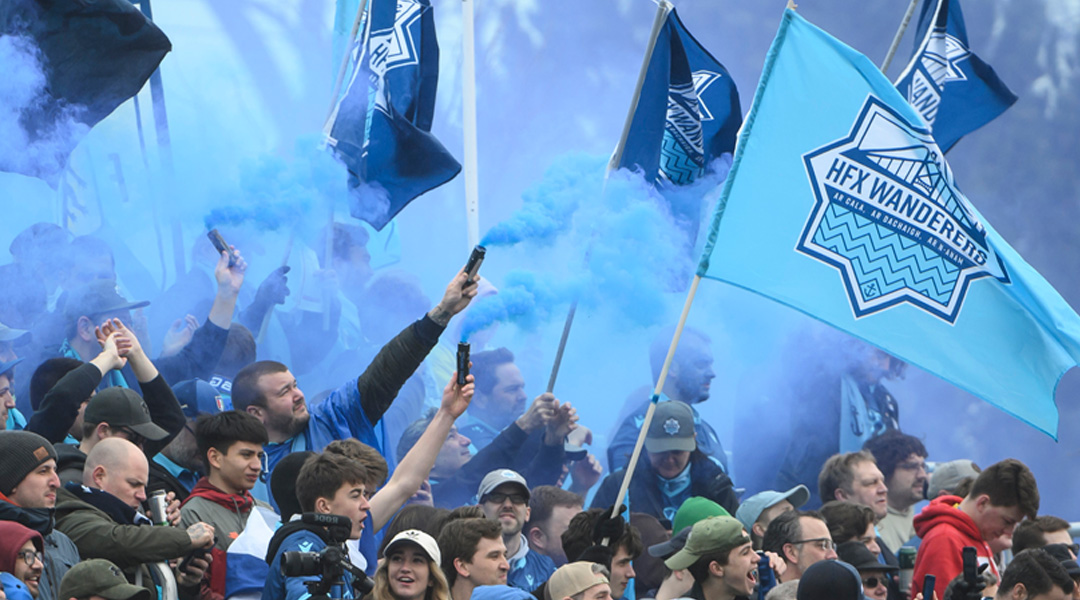 The crowd at Wanderers Grounds introduced itself in boisterous fashion this Saturday, with a full sellout crowd of 6,200 fans in attendance to watch the home side grab a historic 2-1 win against Forge FC. What sets Halifax apart from other sides, however, is that some 80% (about 5,000) of those tickets were from season ticket holders, who are much more likely to attend on a week-in, week-out basis.

With less than 500 season tickets left to sell, Wanderers executive Derek Martin is already looking towards the future. If the club is constantly selling out on matchdays, for example, he says the Halifax-based side will look in to expanding the stadium, and may even do so mid-season if the demand remains.

Martin also stated that it was better to have a full stadium than a bigger stadium, indicating that the sellout crowds would need to continue for the club to pursue such an ambitious venture in its first-ever season.

Martin reasons that one of the main reasons why the Nova Scotia-based club is able to attract such numbers is its prime downtown location. Martin calls Halifax a party town, filled with plenty of pubs and restaurants where fans can mingle both ahead of and after matches. A massive pre-game march up Sackville Street caught the attention of locals already, and many soccer-mad children are encouraging entire families to attend matches. With summer fast approaching and more home games due to come, word-of-mouth will only continue to spread.

The convenient location of Wanderers Grounds seems like the polar opposite of Spruce Meadows, where construction and a single-route entrance meant that many fans who were keen to see the Calgary side’s first-ever home game on Saturday missed most of the first-half, which included the club’s first goal. Cavalry FC drew in an official attendance of 3,486 for its snowy home-opener, with many fans remaining quite vocal regarding their disappointment with the club’s high ticket prices. It’s unclear if that number grew as the game progressed, with York9 assistant coach Carmine Isacco having mentioned a crowd of 6,000 having been at Spruce Meadows.

It’s clear not every club executive will be like Martin, who’s facing a supply and demand issue that heavily favours the club. It’s been some time since most of the clubs revealed current season ticket holder numbers, with the upcoming summer weather likely set to give a small league-wide bump.

Even if Wanderers Grounds doesn’t expand, it’s great to see a stadium that looks likely to be packed full on a regular basis. It goes far beyond looking great one OneSoccer streams – it means that the club is healthy, the community is engaged, and the team has reached a point of sustainability. If more clubs can achieve these levels, Canada will have a professional domestic league that Canadians can rely on for the foreseeable future.