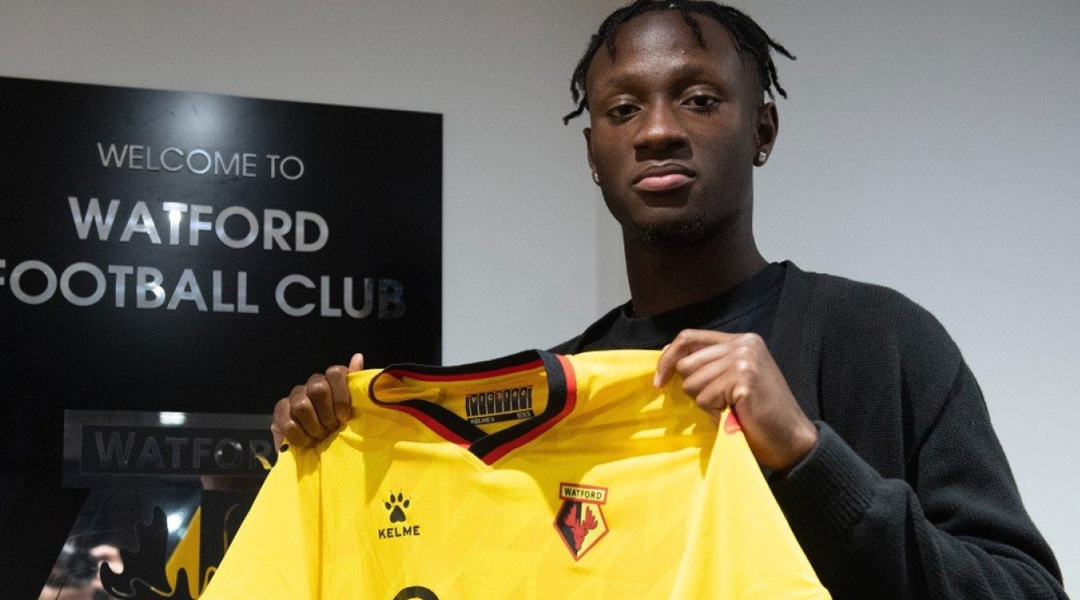 Montreal native Ismael Kone’s meteoric rise from the amateur ranks to the World Cup has said his goodbyes to Montreal and is off to England.

On Thursday afternoon at the Centre Nutrilait, Ismael Kone – fresh off representing Canada at the World Cup – met the Montreal media one last time.

Kone has been a fantastic story: it was only two years ago when he was playing for an amateur team in Montreal before signing an MLS contract with CF Montreal.

He then showed his skill and poise and to everyone, it seemed like he had played in the league for over ten years despite only being twenty years old himself.

John Herdman saw this and instantly took advantage of the opportunity to test him, and Kone continued to show that he was a solid piece in the midfield.

The 20-year-old said he always wanted to challenge himself and face stiffer opposition to get better.

“I’m proud of it and I will keep working on it as always,” he added.

He also spoke about the experience of playing at the FIFA Men’s World Cup and what it meant for him to represent Canada in Qatar, something which was another career goal of his.

“It was amazing. The group we had, the energy we had, the brotherhood that we had, it was unbelievable. We didn’t get the result we wanted but we got to experience something we never did before.”

Kone, originally from the Ivory Coast in Africa, spoke about the fact that he came from a country where soccer was like a religion and how his father used to play, but had his career cut short by injury.

“I feel like I am finishing what he started, but I hope to go further so there’s a huge pride from my family.”

Throughout the 2022 MLS season, Kone was linked to two different English sides in Sheffield United and Norwich, so it was no surprise that he was asked why he decided to go with Watford instead, where he’s inked a four-and-a-half year deal.

“I really wanted to go play for a club that wanted me for the person and player that I am with my qualities, so that’s why it was a good choice a and their development program is really good.”

The situation is interesting because the owner of Watford also owns Udinese in Italy, so there was a chance Kone could have played in Serie A. He did confirm that this could still be a possibility down the road, but his current focus lies with the Hornets.

“My goal right now is to help Watford get promoted to the Premier League, and we will see what happens at the end of the year. But for now, I play for Watford”.

Kone was asked what impact outbound head coach Wilfried Nancy had on him, and he used the word enormous:

“He was very hard on me at certain times but I felt I needed it and I needed to learn things on and off the pitch, and he helped me a lot and I feel a coach can always have an impact on a player”.

The Montreal native is the third player from CF Montreal to be transferred to Europe after Djordje Mihailovic to AZ Alkmaar in the Netherlands and Alistair Johnston to Celtic FC in Scotland.

Kone’s transfer will be in effect as of January 1st and he did confirm he should be ready and available for Watford game against Reading on January 7th. If all goes well at fourth-placed Watford, he could be a Premier League player next year.