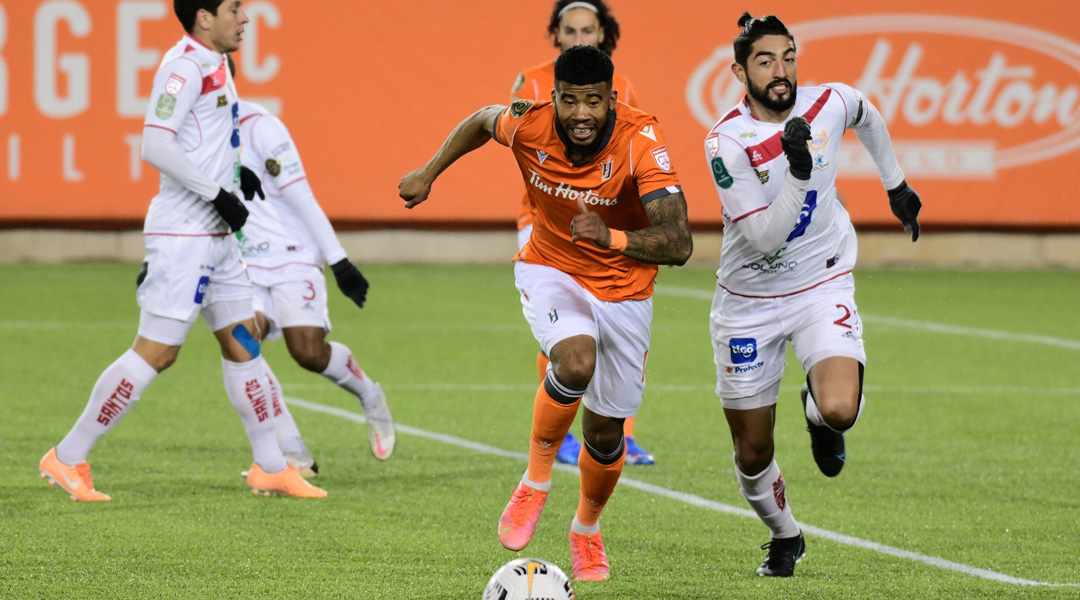 Forge striker Emery Welshman has some big choices to make regarding his next steps, be they in the Canadian Premier League or not.

Following his third season with the side and second individual North Star Shield win, the striker revealed that a stay at Tim Hortons Field is far from a guarantee.

“Forge is special, however, I’ve got to think about what is the best move for my family and our future,” Welshman told the Guyana Times.

The Canada-born Guyanese international featured in two of the club’s title wins, remaining in place at Tim Hortons Field for most of the action save for a three-club stint abroad in Israel back in 2020-2021.

This season saw Welshman feature regularly as an impact sub, often coming on with twenty minutes to go. He made 24 appearances for Forge this year, contributing two goals and two assists in 760 minutes of action, but was sidelined for this year’s playoffs.

With Welshman’s growing trophy closet making him one of the most well-decorated Guyanese internationals, his national team head coach Jamaal Shabazz – who is on his fourth stint leading the Golden Jaguars and handed Welshman his debut in 2005 – believes that the striker is an ambassador for the country.

“Having played with clubs in the USA, Canada, Israel and also two Gold Cups for Guyana, he is one of the more experienced players and a team leader. We monitor him closely and his achievements in Canada are really ambassadorial for Guyana,” says the gaffer.

With his Guyana national teammate Quillan Roberts having left CPL pastures following a title win in 2019, Welshman is the lone representative for Guyana in the CPL – though the national team striker says many of the next generation from home have what it takes to play in the league.

“There are a good bunch of youngsters in Guyana who can play here, but the league is still relatively young. With only eight teams [sic], the spots for foreign players will be limited. Opening up opportunities for young Guyanese players in the future is one of my goals,” added Welshman.

Looking back, the 31-year-old describes this year’s North Star Shield win as a very emotional moment after a campaign that brought plenty of challenges to the forward, regardless of what comes next.

“I suffered a few injuries that kept me off the field and far from full fitness,” he revealed. “I was also used in different roles, so to end this tough season with a championship makes me very proud.”