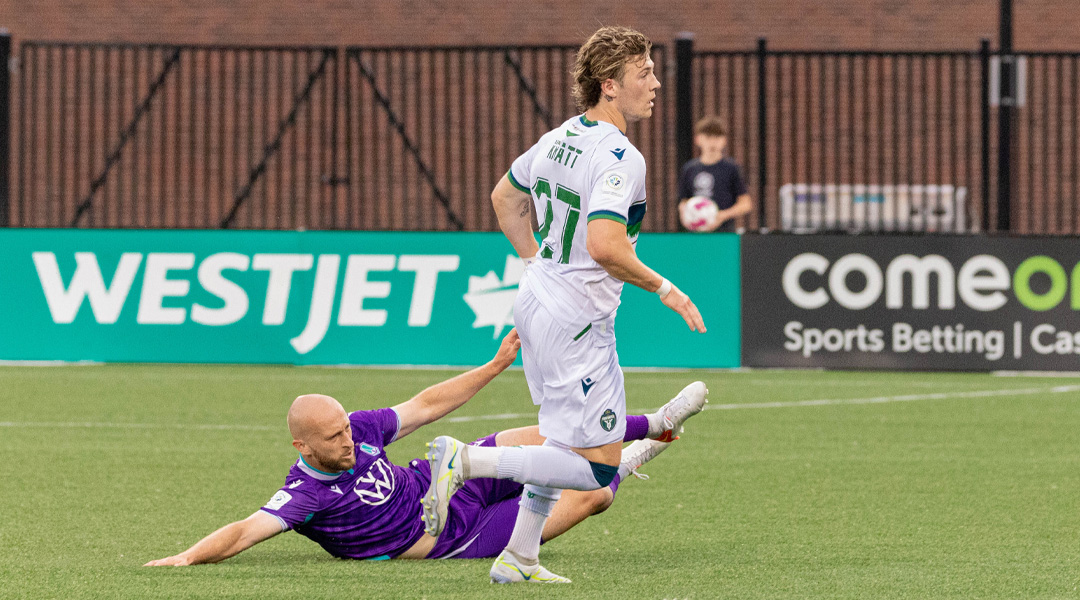 Transfermarkt’s Manuel Veth has reported that Bundesliga side Werder Bremen will be picking up Nine Stripes forward Ronan Kratt.

The 19-year-old York United winger joined Werder Bremen for a training stint at the start of the month, and has reportedly impressed club brass enough to make the move permanent.

It’s been a big year for the 19-year-old, who arrived a midseason reinforcement for York United and immediately impressed in Canada’s top flight, bagging two goals and one assist in fourteen league appearances.

Veth states that is expected to start out with the second team. If he can impress there, Werder Bremen believes the young winger has the potential to grow into a first team role.

This wouldn’t be Kratt’s first club stint in Germany, either: the young winger had played with SSV Ulm 1846 at the U-19 level, where the likes of Mario Gomez and Thomas Tuchel once developed. He proved a versatile forward capable of playing on both wings while in Europe, bagging a few goals en route to a WFV Pokal U-19 Cup Final and two roster selections for the Canada U-20 squad.

Kratt is also eligible for the US national team.

Kratt’s contract with York United is set to run through the 2023 season with a club option for a further year, so the likely transfer will see the Nine Stripes net a transfer fee for move. That means the squad will have profited from three player sales this year, with Diyaeddine Abzi being sold to Ligue 2 side Pau FC and Lowell Wright earning a move to the Whitecaps FC 2.

With Kratt having been expected to supply a bulk of domestic U-21 minutes for York United, however, the Ontario-based side will need to recruit smartly to replace Kratt ahead of the 2023 season should the sale go through.