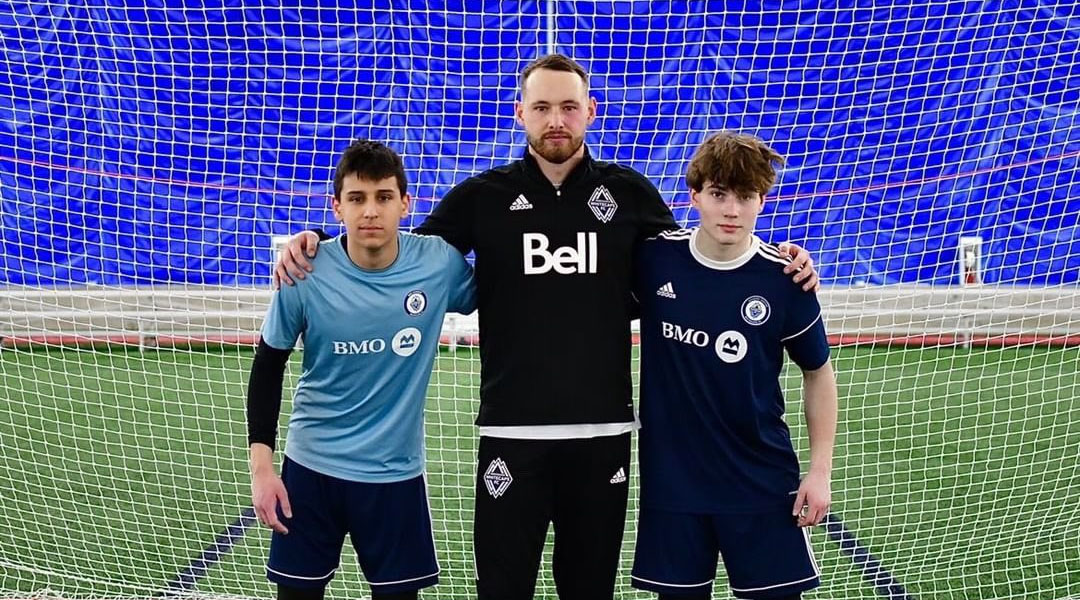 Former FC Edmonton and Atletico Ottawa goalkeeper Dylon Powley is taking his next coaching steps with the Vancouver Whitecaps BMO Academy in Edmonton.

The 25-year-old had returned to his hometown to coach during the offseason, resuming his duties as owner of the PK Goalkeeper Academy before branching out to help the next generation of Whitecaps BMO Edmonton talent progress at the youth level.

The Canadian shot-stopper spent the 2021 CPL season tending the net for Canadian Premier League side Atletico Ottawa, where he recording 93 saves throughout 28 appearances – just one behind CF Montreal loanee and Golden Glove winner Jonathan Sirois.

His season with Ottawa saw him lead the side for passes and recoveries, though a league-worst 43 goals conceded saw the team become the first to be eliminated from playoff contention. Powley faced a league-high eleven penalties in that time, with Ottawa also collecting the most red cards out of any CPL side.

Before cementing himself as the number one with Ottawa, Powley hasd made nine appearances for FC Edmonton throughout the first two CPL seasons, playing as the number two choice behind the recently-retired Connor James. He had also played for Swedish fourth division side Gute before returning closer to play for the Calgary Foothills in USL2.

His youth career saw him develop with Edmonton Juventus and the Edmonton Drillers, with Powley also suiting up for MacEwan University six years ago. Now he aims to help the next generation through both his own goalkeeper academy and the Whitecaps BMO Edmonton Academy setup.

Powley’s contract with the MLS Academy runs until the the youth season wraps up in March, just one month before the Canadian Premier League season is tentatively set to begin. Powley had also recently announced that he was accepted into Canada Soccer’s National Youth License program, too.

With his local side FC Edmonton now being run by the league as club owner Tom Fath looks to sell, the status of the Eddies’ roster is a total unknown just a few months out from its fourth season in the league. While many believe that the former Eddies player would be a perfect fit, Dylon says that his future remains to be seen.

Read – Powley On Next Chapter: ‘It’s Up In The Air’

Having made 35 professional appearances for CPL teams since 2019, the 24-year-old goalkeeper finds himself open to options – though what happens next remains is unclear. He’s still keen to play, though whether a CPL side will call on him remains to be seen.

For now, he’ll make his mark on the next generation – and one day, maybe his handiwork through there will make a splash in the domestic professional league, too.