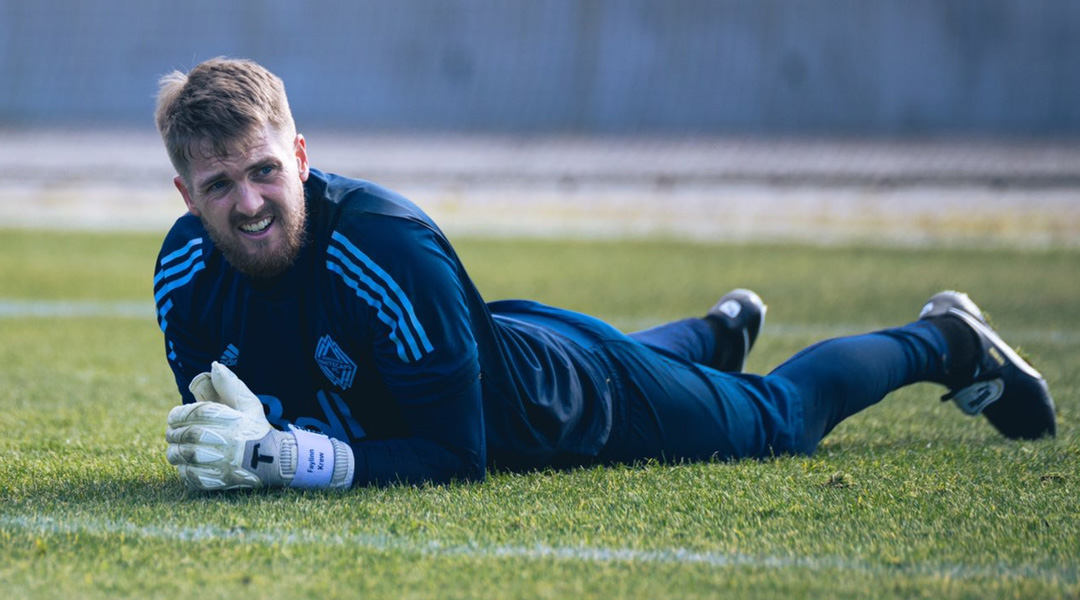 Whitecaps Close To Losing Another Keeper

The Vancouver Whitecaps goalkeeper conundrum hasn’t ended with the departure of Maxime Crepeau.

With Thomas Hasal now set to test himself as the club’s new number one, Har Journalist has confirmed that the club’s only other presently rostered goalkeeper – Evan Newton – has submitted a request to look at other clubs due to family circumstances.

The 33-year-old former Indy Eleven goalkeeper has signed on with the club one year ago. While he’d accrued over 150 appearances in USL action, the 2021 MLS season saw him ride the bench fourteen times without making an appearance.

Speaking with Har Journalist, Whitecaps CEO and Sporting Director Axel Schuster confirmed the second goalkeeping blow facing the club this week: Newton has a family circumstance that could see him depart.

“He wasn’t here the whole week,” Axel told Har Journalist, “he has to also solve a family issue. We’re also in discussion about what the new situation means for him.”

I want to be transparent, there has also been a request from him to get the permission to look for other options. He joined our club one year ago. He hoped to become the number two and challenge Max Crepeau and he couldn’t get to that point. His situation will not change due to the change of Max Crepeau.

If the Vancouver Whitecaps lose both Maxime Crepeau and Even Newton, that leaves only Thomas Hasal on the roster – though that isn’t to say he’s the only one currently training with the side at the National Soccer Development Centre.

The club is taking a look at 20-year-old unsigned goalkeeper Isaac Boehmer, a homegrown Whitecaps talent who won the Canadian Premier League while on loan with Pacific FC last season before having his option declined by Vancouver. With Newton likely out, Boehmer’s chances of a new deal just took a sharp uptick.

The club also has 17-year-old Whitecaps Academy goalkeeper Max Anchor present in camp, though it’s likely that the MLS side will want a more veteran presence available. With the 2022 MLS season set to begin next month, Vancouver will want to have a three goalkeeper cushion on its roster in the event of injuries or, perhaps, more life circumstances.

“We have also been open to him,” said Axel of Newton, who still remains under contract for now, “we will look for another goalkeeper as well.”

Har Journalist confirmed that goalkeeper coach Youssef Dahha would be remaining, having just signed a contract extension. At least there’s one element of the club’s goalkeeping roster that hasn’t shaken of late.

The west coast club has endured a lot of difficulties over the last two seasons, with the MLS Is Back tournament seeing the club forced to add CF Montreal’s Jonathan Sirois on an emergency one-match loan after Crepeau picked up an injury and former number two Bryan Meredith left the bubble for personal reasons. That’s when Hasal made his professional debut, with the 22-year-old now set for a full season stint as the number one.

Who will line up behind him remains to be seen.