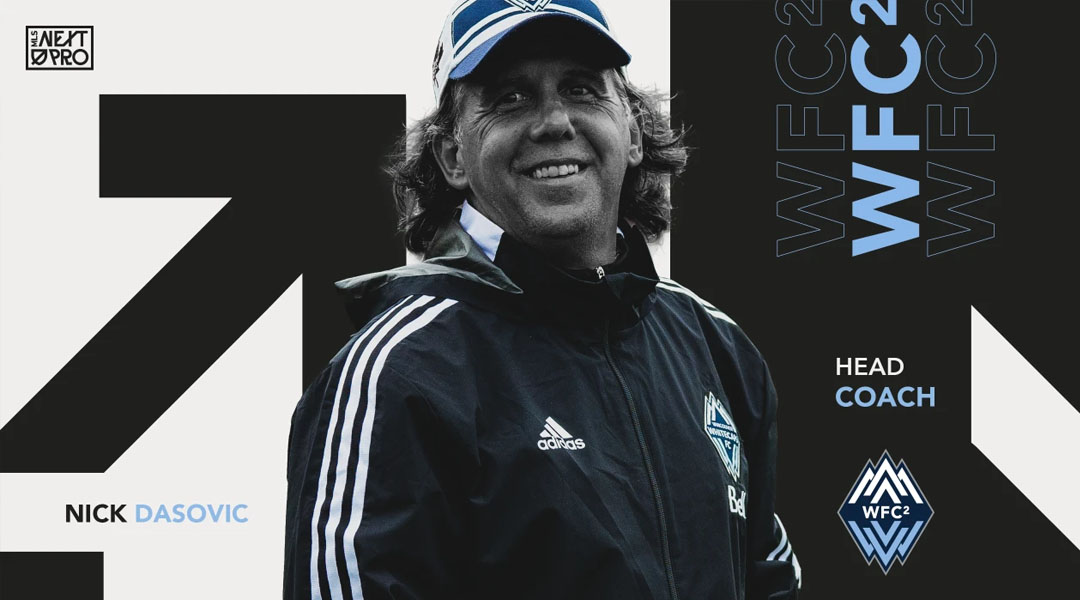 MLS NEXT Pro side Whitecaps FC 2 has announced its inaugural coaching roster, with Nick Dasovic set to helm the side. He’ll be assisted by former FC Edmonton coach Brendan Shaw, along with goalkeeper coach Raegyn Hall and performance coach Tom Ryan.

The former Canadian international is no stranger to the Whitecaps, where he finished his playing career as a midfielder back in 2005. He had also spent the last three seasons coaching with the club’s BMO MLS Academy.

The 53-year-old has previously assisted with Toronto FC, San Jose Earthquakes, and Simon Fraser University, along with coaching stints for several levels of the Canadian men’s national team programs.

Dasovic had previously been linked to the Atletico Ottawa head coach post that was eventually filed by Carlos Gonzalez, with the former national team midfielder stating that he’s looking forward to helping young athletes reach their full potential in the newly-founded league.

“We’re pleased to have an experienced coach such as Nick Dasovic leading WFC2 and working with our staff to push the top young players in our club towards the first team,” said Whitecaps FC Sporting Director Axel Schuster, Whitecaps FC sporting director. “Nick understands what it takes to make that jump, and he brings with him experiences from representing Canada on the international level, and playing club football both in Canada and overseas.”

New WFC2 assistant coach Brendan Shaw arrives from Canadian Premier League side FC Edmonton, where he assisted Alan Koch through an underdog season with the Alberta-based side. He previously assisted with Simon Fraser University, prior to which he helmed a Mountain United side that helped athletes like Jake Ruby and Emil Gazdov reach the professional level.

Shaw had remained with the CPL side to assist with player scouting during the CPL-U SPORTS Draft, with his departure now meaning Alan Koch is the only remaining coaching staff member to remain from last season.

Both Dasovic and Shaw arrive to the Whitecaps FC 2 with UEFA A coaching licenses.

The newly-minted WFC2 side has had a short time to gel, falling to a penalty shootout preseason loss to York United before a closed-door five-goal thriller saw them lose 3-2 against Valour FC.

Nick Dasovic will be tested almost immediately in his new WFC2 role, with the MLS NEXT Pro side making their competitive debut against the Houston Dynamo Dos this Saturday. The club will open its home campaign at Swangard Stadium on April 10 in a match against the Timbers 2.