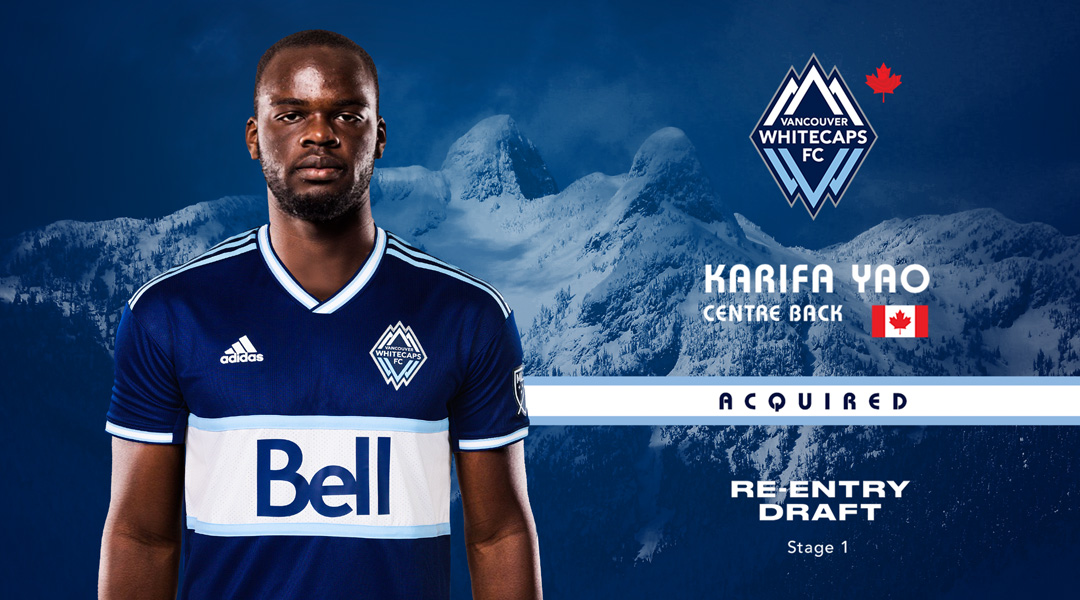 The Vancouver Whitecaps have taken in former FC Montreal centre-back Karifa Yao through the opening stage of the MLS Re-Entry Draft.

CF Montreal’s decision to release the 22-year-old defender after he had impressed throughout two loan stints with Canadian Premier League side Cavalry FC came as a surprise earlier this week, with the ‘Caps quickly taking in the youngster at the first opportunity.

Yao’s consecutive loan spells with Cavalry saw him feature 56 times as a regular starter in Canada’s top flight, with Whitecaps Sporting Director Axel Schuster evidently being impressed by what he saw.

“Karifa is a young centre back who is good in the air, comfortable on the ball, and strong in one-vs-one defending,” said Alex. “He’s shown his qualities in the Canadian Premier League with Cavalry, as well as the game against us in the Canadian Championship. Karifa will add depth to our backline and we’re excited to help his development as he takes the next step in his career.”

There had been expectations that Yao would get a crack with the first team at CF Montreal, just as he had during preseason this year. Instead, the CF Montreal product now makes the jump out west to the Whitecaps.

Yao had signed a homegrown player deal with CF Montreal back in June 2019. He made three appearances for the MLS side the following year before his loans to Cavalry FC.

Toronto FC was the only other Canadian MLS side to make a move in the first round of the MLS Re-Entry Draft, bringing in El Salvadoran goalkeeper Tomas Romero.