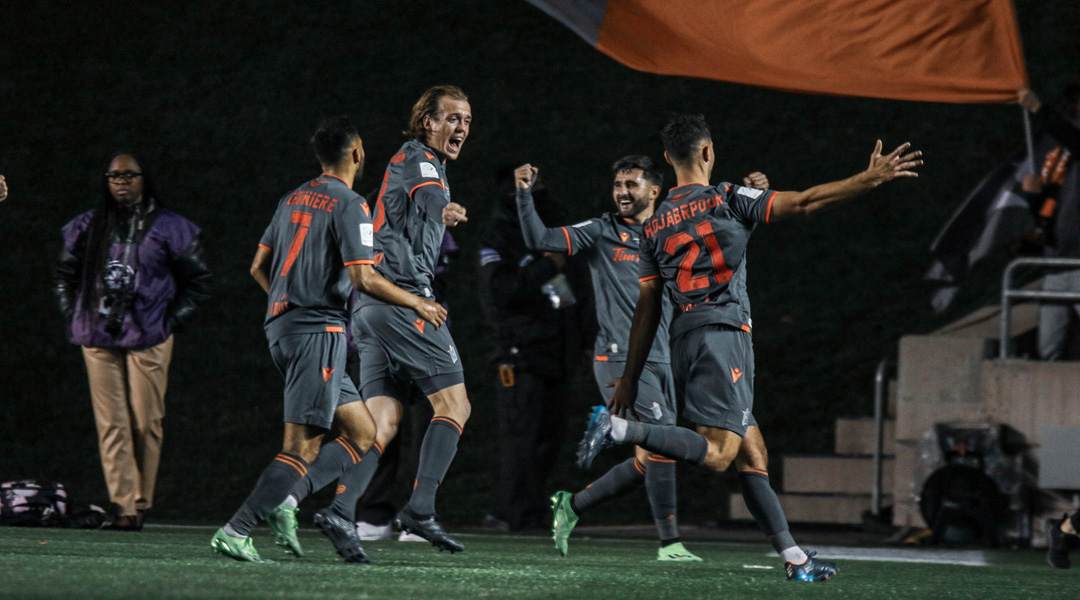 Who’s In, Who’s Out At Forge FC

Year-over-year, three-time Canadian Premier League champion Forge FC has managed to keep the core of its roster intact despite the rising profile of its roster. The club hasn’t been the most transparent about its player contracts, with the shape of the current roster remaining much of a mystery…until today.

The official Canadian Premier League website roster update now reveals a much more complete look at the Forge roster, confirming a large swath of returning players but a few glaring questions marks, too.

Without further ado, let’s dive in:

The Bulk Of Players Are Returning

While there’s still a few question marks, it looks like Bobby Smyrniotis has once again managed to retain the bulk of his core. Remaining under contract are defenders Dominic Samuel, Garven Metusala, Abdulmalik Owolabi-Belewu, and Rezart Rama (with Ashtone Morgan re-signing this week), while Kwasi Poku is still listed as under contract despite his month-long trial with the reigning Swedish champions.

The club had announced David Choiniere to kick off its re-signing announcements, with Alexander Achinioti-Jonsson, Alessandro Hojabrpour, Aboubacar Sissoko, and Noah Jensen all listed as under contract. Up top, Terran Campbell, Jordan Hamilton, Sebastian Castello, and Tristan Borges are all still under contract, with the club smartly exercising its option on prolific striker Woobens Pacius.

Some Notable Players Out Of Contract

There are five players now in free agency, with the big headliner being team captain Kyle Bekker. The veteran midfielder has captained the club since day one and is the club’s record appearance maker with117 appearances, throughout which he’s bagged fifteen goals, thirteen assists, and (of course) a team-leading three red cards.

The former MLS midfielder has been an absolute engine for Bobby Smynriotis, cementing himself in Hamilton history as he helped the club overachieve in both continental and domestic cup action.

He isn’t the only notable player who has run out the clock on his contract, however, with 2020 Golden Glove winner Triston Henry, day-one signing Chris Nanco, and striker Emery Welshman – who was stewing a move in November – all free agents. So too is Cale Loughrey, who made his Forge debut in the Champions League before spending the rest of last year out on loan with FC Edmonton.

While Daniel Krutzen’s departure was covered quite extensively, two others went under the radar: the league has now confirmed that club original Jonathan Grant had his option declined, ending his time in Hamilton after four seasons and fifty-five appearances. After only accruing 77 minutes of game time this year, a fresh start is probably the best thing for the versatile defender.

The club has also declined its option on Christopher Kalongo, which opens the door for total goalkeeper reset at Tim Hortons Field. We know Baj Maan was open to a return following his stint at TFC II, though he wanted minutes. Dino Bontis, a young goalkeeper who was on a developmental deal earlier this year, wasn’t mentioned in the update. For now, we’ll have to wait to see what unfolds between the sticks.

While the club release didn’t mention him, Shamit Shome has his option turned down and has already signed with Cavalry FC.

With the league-provided roster update, Forge currently rests at sixteen players, which is fairly well in-line with where most of the other clubs are at right now. While it remains to be seen what new talent comes through the pipeline, the biggest questions to be asked are if team captain Kyle Bekker will be back, and who’s going to put on gloves behind the club’s backline.