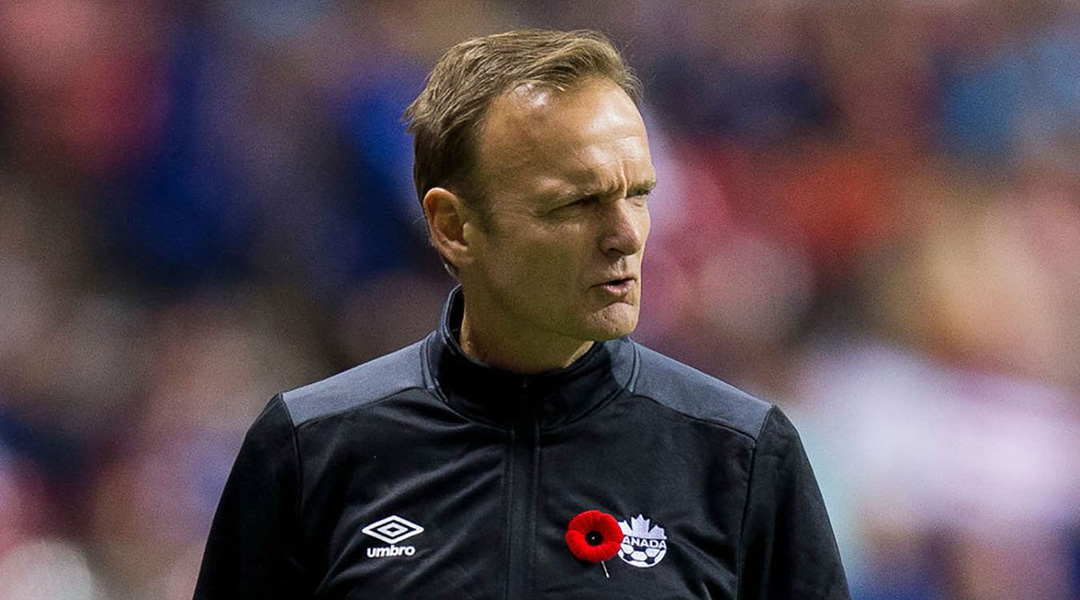 This weekend, the Canadian National Women’s Team played its final game of preparation ahead of the Women’s World Cup in France this June. Playing in front of a boisterous crowd at BMO Field, the women’s team performed to expectations in an exciting 3-0 win over Mexico, though it’s fair to say a few extra chances should have been converted – and that ruthlessness will be required on the world’s biggest stage.

Still, the Canadian Women’s National Team is up there with the best of them. Ranked fifth in the world, they’re expected to be strong contenders for the trophy. It’s an amazing feat, especially considering that’s no domestic professional league for any of the Canadian players. All but two of the women’s team ply their trade abroad. The two who play within Canada are still teenagers.

Following Canada’s 3-0 victory over Mexico, team manager Kenneth Heiner-Møller touched on the topic of a potential Women’s Canadian Premier League in the future:

Being a Dane coming here, I’ve got colleagues in Denmark who ask me ‘So, what is the women’s league like?’, and I say ‘We don’t have any’, and they go ‘what?’ – so I think being at this level of the women’s game without a league is pretty impressive, but maybe to move to the next level we look into what is actionable and actually doable.


I think in Denmark, we always talk about it was a bad thing that we are a small country, but on some occasions it is a great thing because you go on a bus and go for four hours and you’re on the other side of the country. You can’t do that here, I guess. There’s some things that need to be solved, but it’s good to see the men’s CPL growing and hopefully in not so many years it’s going to happen to the women’s league.

While the likes of League1Ontario do allow for opportunities in the women’s game, the league doesn’t operate at a professional level, and as the name implies clubs are located in a single province as opposed to being spread around Canada. This limits opportunities for female players in the game.

The men’s Canadian Premier League is itself a brand new entity, having just kicked its first ball on April 27th. League attendance has averaged about 6,200 (which is admittedly bolstered by the inaugural match being free to attend), but travel costs can’t be cheap: Halifax Wanders have one of the longest away trips in the world, clocking in an astounding 4,476 km kilometers when they take on Pacific FC in a coast-to-coast matchup.

Christine Sinclair, a Canadian international icon who has played south of the border for the last ten years, also broached the subject:

I think the exact same. I think we’re maybe the only country in the top 10 or 12 in terms of FIFA rankings that doesn’t have a professional league [for women], and the fact that we’re able to consistently perform on the world stage is a testament to the players we have and the sacrifices they’re willing to make to go find the professional environment. As Kenneth said, I think that has to be the next step in order to sustain where we’re at and actually improve.

It’s no small task for players to fly away from home to pursue the endeavor of becoming a professional soccer player, and that goes doubly so for the women’s game, which lacks the amount of investment, money, and glamour that can be found in the higher echelon’s of the men’s counterpart.

While it’s exciting to see Canadian phenoms like Jordyn Huitema sign for Paris Saint-Germain after excelling with the Vancouver Whitecaps Girls Elite, players like her are the exception. For every female player that makes a huge breakthrough, there are many that don’t get a chance to ply their trade at the pro level because there isn’t an option close to home.

If the Canadian Premier League continues to grow – and it looks like it will – perhaps Heiner-Møller is correct in that the women’s game may one day tie-in with the burgeoning league. For now, CPL President Paul Beirne will be focused on sustainability, and building a platform that will benefit the men’s domestic game for years to come. With that eventual stability, however, may come an opportunity for the women’s game to grow, too.