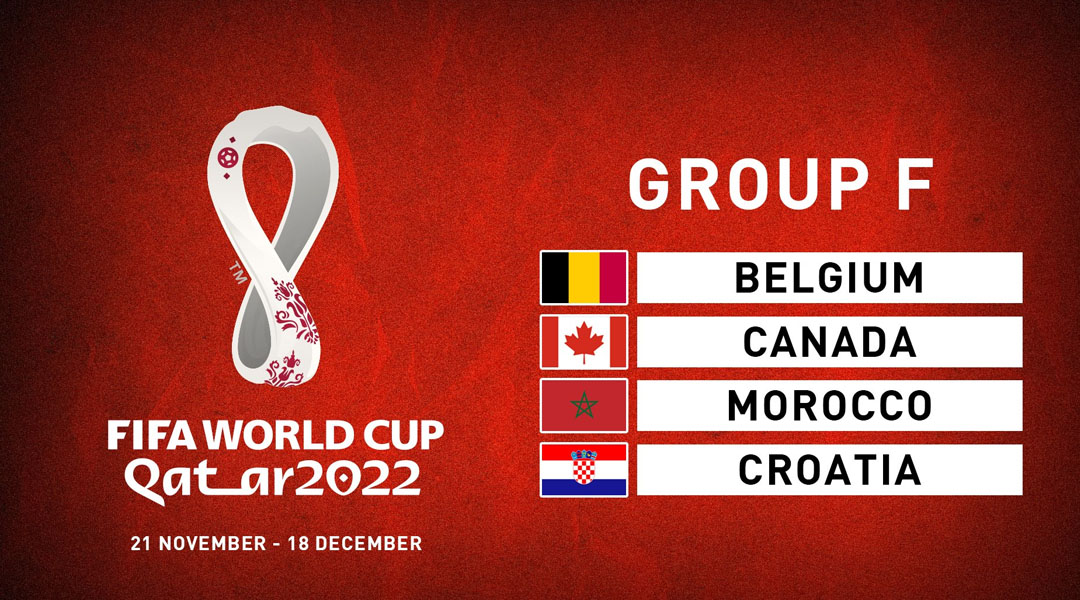 The draw for the 2022 World Cup saw the Canadian national team land in a group with the second and third-placed finishers from the previous tournament.

In a live draw performed today, Canada found itself placed into Group F alongside the likes of Belgium, Morocco, and Croatia.

The Canadian national team qualified for the World Cup after finishing top of the table in the third and final round of Concacaf qualifying action, marking only the second time Les Rouges will appear in the pinnacle of world football.

The last time Canada qualified for the World Cup was back in 1986.

Canada’s path to the World Cup saw the country go four for four in the first round of qualifiers, with a 7-0 blitzing of Aruba, 5-1 win over Bermuda, and a historic 11-0 win over the Cayman Islands taking place before a comfortable 4-0 close over Suriname saw Canada finish atop the group.

The opening stage saw, with youngsters like Tajon Buchanan, Alistair Johnston, Theo Corbeanu, and Scott Kennedy all make their international debuts, with Herdsman’s side then defeating Haiti 4-0 on aggregate in a short and sweet second round.

The third and final qualifying round saw Les Rouges placed in the infamous ‘Octagonal’ featuring the likes of perennial Concacaf favourites Mexico, USA, and Costa Rica, along with the likes of Jamaica, Panama, El Salvador, and Honduras. A strong run of form from Canada saw the country go undefeated in the first eleven of fourteen matches, with the head-turning campaign highlighted by wins over Mexico and USA at home, along with some strong away results against those favourites, too.

The high-flying Canucks are now set for a difficult test against the likes of Croatia and Belgium, who took away silver and bronze medals in 2018.

Belgium is currently ranked second in FIFA World Rankings, with Croatia at 16 and Morocco at 24. Canada currently rests at 38, which is one of the highest spots the country has ever occupied.

The 2022 World Cup will be hosted by Qatar and will take place this November.