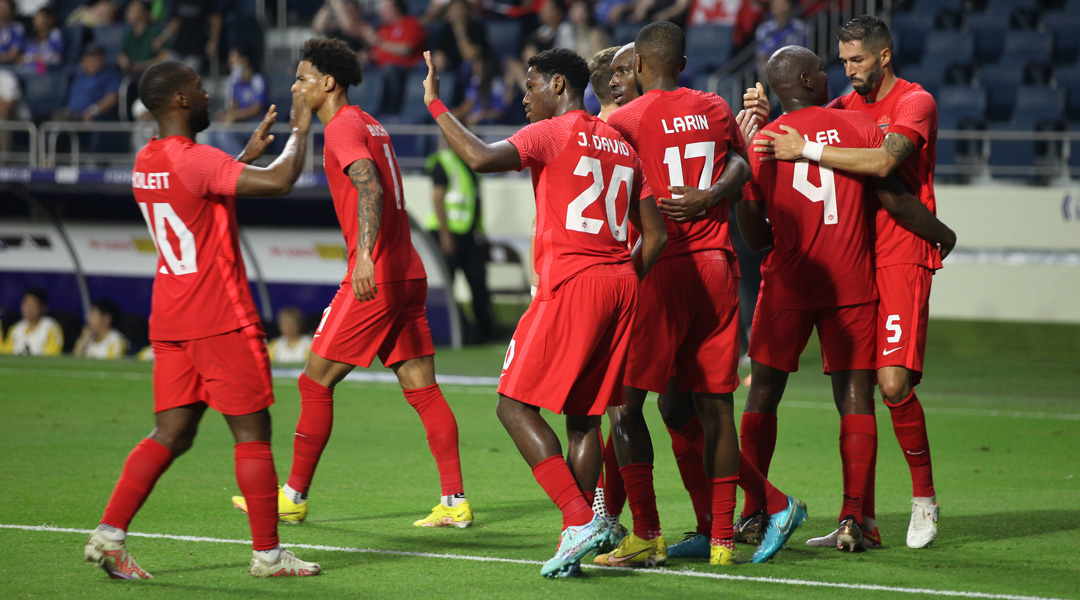 This afternoon will see Belgium and Canada kick off their respective World Cup campaigns in Ahmed bin Ali Stadium, marking Canada’s first FIFA Men’s World Cup match since 1986. Les Rouges find themselves in a tough group against Belgium, Croatia, and Morocco, but Herdman has brought a stalwart group of Canadians who have fully bought into his vision of fearlessness, brotherhood, and punching upwards.

With the confirmation that Alphonso Davies and Stephen Eustaquio are fully fit, Canada will enter the historic match with a healthy line-up, and they’ll need everyone on top form if they’re to secure a result against hefty match favourites Belgium. A bevy of attacking like Bayern Munich’s Alphonso Davies, Lille’s Jonathan David, and Club Brugge duo Cyle Larin and Tajon Buchanan will threaten any defense, and behind them Porto’s Stephen Eustaquio arrives in prime goalscoring form, too.

Midfielder Atiba Hutchinson may be one of the oldest players in the World Cup, but the 39-year-old Besiktas stalwart will be a key cog in midfield and an even more important leader. As Canada’s golden generation takes over, he’s the only member of the team who was alive when Canada last graced the World Cup in 1986, which finished with three losses and without a goal.

Today, there are no doubts that Canada’s pacey attack can make things happen. What remains to be seen is how sturdy the country’s defense will be against elite opposition like Belgium, who haven’t dropped a group stage World Cup match in the last two cycles.

As we saw in a 2-1 against a highly technical Japan, Canada’s defensive block might have some cracks in the armour against higher-ranked teams, but a hefty mix of veteran and youth talent still collected seven clean sheets in the Concacaf qualifiers. That Japan side, by the way, beat Germany in their own World Cup opener today.

Still, don’t expect a conservative performance from Canada: this is a team that has fearlessness built into its identity, having bested USA and stood toe-to-toe with Mexico en route to Qatar’s controversial World Cup.

“If you go to France, Germany, Italy, England, Brazil, Argentina they’ll ask ‘who’s Canada?’ But I think internally, as a country, we’ve started to believe things are possible, and it’s just the same mentality – one game at a time,” said Herdman ahead of the today’s clash.

The Red Devils are expected to deploy a tried-and-true 3-4-2-1 or 3-4-3 under Roberto Martinez, who guided the team to a World Cup semi-final in 2018 and now enters the current one following back-to-back friendly losses against the Netherlands and Egypt.

Belgium will be playing without without star forward Romelo Lukaku today, but that doesn’t mean the team is hard-pressed for talent: expect Kevin De Bruyne to pull the stings in midfield, with veteran leader Eden Hazard more than capable of producing magical moments, too. Martinez will likely turn to Michy Batshuayi as a suitable Lukaku replacement, with Atiba’s former teammate impressing at Fenerbahce.

Belgium plays with quite a positive, foot-forward mentality, and that showed in a qualification campaign that saw them outscore the competition 25-6. Expect them to push a higher defensive line, though Martinez will have done his homework on Canada’s countering capabilities – they’ll be well aware of Canada’s wing play through the speedy movement of Davies and Buchanan. If Canada can break through, their fast attack will favour their chances against an aging backline of Toby Alderweireld and Jan Vertonghen. With the right build-up, Canada might be able to find some pockets there and generate chances.

Not that besting Real Madrid goalkeeper Thibaut Courtois will be an easy task after that, of course.

Make no mistake about it: Canada enter the match as heavy underdogs against second-ranked Belgium, who collected bronze at the 2018 World Cup. Still, even Canada’s World Cup qualification campaign has been about Les Rouges proving people wrong – after all, few had thought World Cup qualification was on the cards ahead of 2026, and here we are.

Belgium and Canada will kick off at 2:00PM EST