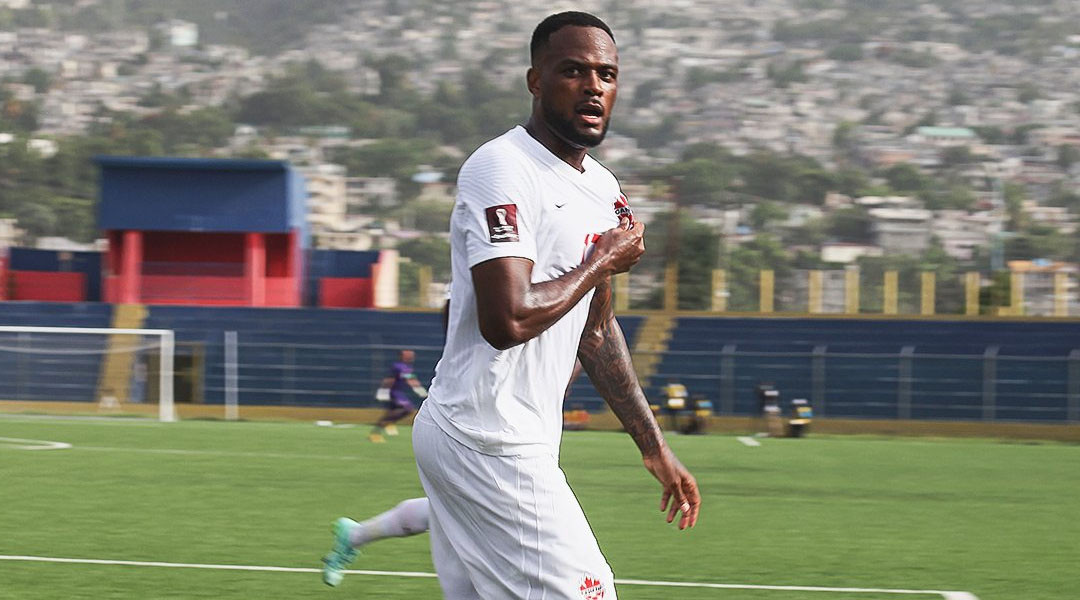 The Canadian national team recorded a tight 1-0 victory over Haiti in Port-au-Prince tonight, perhaps earning some redemption from the side’s surprise loss to the Caribbean country in the 2019 Gold Cup.

The result sees Canada plant its first foot into the third and final Concacaf World Cup qualification round, though there’s still one match left to play Canada and Haiti to determine which of the two nations will progress.

Herdman made two changes to the side that ensured Canada topped its previous group with a 4-0 win over Suriname, with Steven Vitoria stepping in for Doneil Henry and Mark-Anthony Kay replacing Samuel Piette in midfield.

The national team elected to keep its 3-5-2 shape for the second match running, with Milan Borjan tending the net behind Scott Kennedy, Steven Vitoria, and Alistair Johnston, with both Alphonso Davies and Richie Laryea further up on the flanks as wing backs. The midfield saw Jonathan Osorio, Mark-Anthony Kaye, and Stephen Eustaquio trying to pierce the Haiti midfield to deliver balls to strikers Jonathan David and Cyle Larin.

The clock had barely struck a minute when Haiti collected its first yellow card, with Carnejy Antoine collecting a yellow for taking down Scott Kennedy from behind.

Just like against Suriname, Canada got off to a rocky start after the Haitian front line caught out Canada’s defense, whipping in a fast ball through the box which was ultimately whiffed for Borjan to safely catch from close range.

Perhaps against the run of play from the opening few minutes, Canada struck quickly after a restart: Kaye sent in a deft leading ball to Osorio on the right flank, with the Toronto FC midfielder quickly crossing in a ball to the middle of the box, where Larin arrived just in time to fire it home from close range.

A masterful turn from the Besiktas striker saw him in on goal just moments later, breaking ahead of two defenders to fire a low shot which Haiti goalkeeper Johny Placid was able to put a stop to, with the Haitian captain hanging on to the ball to end the opportunity.

The first half saw the Canada maintain the bulk of the best chances, with Les Rouges seeing its pass percentage nearly hit the 90% mark as the team put in a composed performance.

The second half saw LAFC midfielder Mark-Anthony Kaye join Richie Laryea in the referee’s pocket book, with the midfielder collecting a caution in the 50th minute.

Haiti goalkeeper Johny Placid found himself staring down a lone Canadian striker for the second time in the match just two minutes later, with Ligue 1 champion Jonathan David finding plenty of time on the ball as he approached the box but ultimately being beaten by Placid in the one-on-one.

The drama continued seconds later on the other end of the pitch, with a fantastic bicycle kick effort from Les Grenadiers forcing Borjan into a fine save towards the top right of the net.

Haiti found itself firmly on the front foot as the second half wore on, with Canada struggling to stop a more direct approach from their opponents.

The 61st minute saw Herdman replace Mark-Anthony Kaye with left-back Samuel Adekugbe, with the tactical move allowing Davies – who was in the midst of a relatively quiet match after being on the receiving end of some tough tackles – perhaps greater freedom, though the Bayern Munich stalwart had flipped to the opposite right flank.

The change saw Davies fire loose an individual effort in the 75th minute, though it went straight into the waiting arms of Placid.

After a small break where the referee was nearly required to come off after appearing to twist his ankle, Herdman brought on a double change with Tajon Buchanon replacing Cyle Larin and Doneil Henry making his return to replace Richie Laryea, who was on a yellow.

Buchanan’s energy was immediately noticeable, with the 22-year-old immediately bursting through a collection of players before misplacing a quick pass as Canada sought to send some pressure the other direction.

Davies was brought down hard by Jems Geffrard in the 88th minute, earning a yellow for the challenge with Geffrard – in a worrisome sight for Halifax Wanderers fans – going down clutching his right shoulder.

The final whistle went without Haiti able to secure an equalizer, though a 95th minute freekick for Les Grenadiers was sure to provide an edge-of-the-seat finish for fans of both countries. Tonight, however, Canada took home a slim 1-0 win despite strong gloves from Haitian goalkeeper Johny Placid.

Canada will square off against Haiti for the second leg of the fixture, which will take place in Chicago on June 15.

Should Canada record a win or tie in the reverse fixture, the country will qualify for The Octagon. There, the top three teams of eight will qualify directly for the 2022 World Cup, with the fourth-placed team going into a federation playoff.