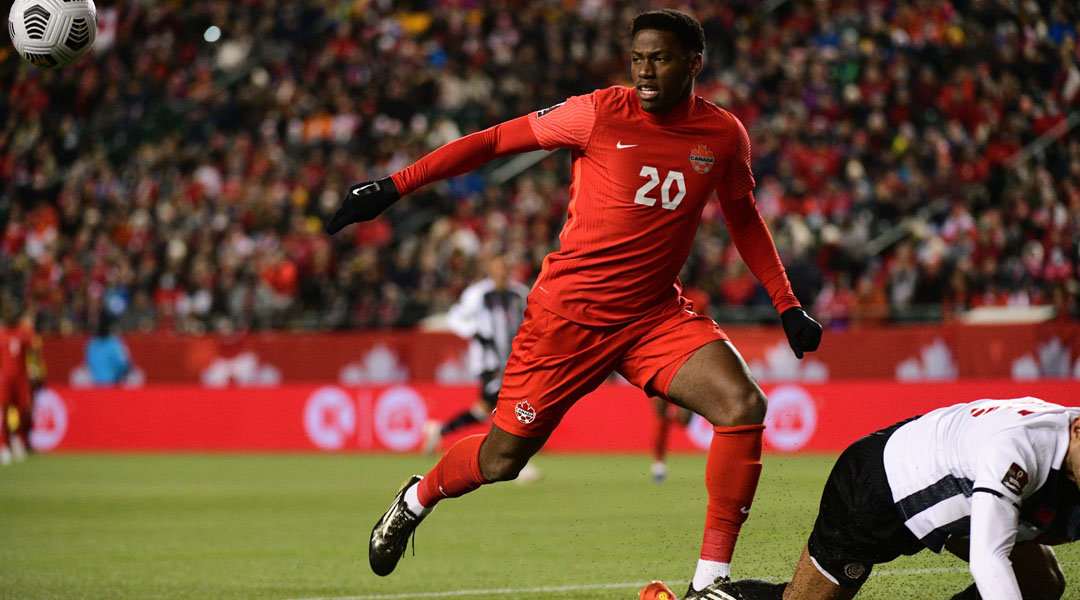 Hey everyone, my name is Brennan Delaney. If you’re a Blue Jays fan, you may recognize me from Blue Jays Nation. I’m a big fan of baseball, but my favourite sport is soccer. This is my first article for Northern Tribune and I’ll be doing a weekly wrap up every Monday.

Here are my thoughts on Canada versus Costa Rica.

Despite the 1-0 win, I don’t think the team played necessarily well. The game’s flow was ruined by a whistle-happy referee and a bunch of fouls. Not just that, but the pitch condition wasn’t the best. However, I did want to highlight several players who represented Les Rouges last night.

The 26-year-old based in Turkey had in my opinion, his best men’s national team game. He was also Canada’s best player on a chilly night in Edmonton. Per Alexandre Gangué-Ruzic, the left back had 98 touches and had a clean defensive game. He won 61% of duels, made four clearances and had two interceptions. While he’s always been sound defensively, he made two impressive dribbles that, quite frankly, embarrassed his man.

I’d be shocked if he doesn’t start against Mexico on Tuesday. He is their best defensive option at left back, and him being in the lineup also frees up Davies to play either on the wing or at striker.

As one of the better players on the team, there was a part of me that wanted to say that he underperformed. However, upon a rewatch of the game, he had a fine shift. He had the highest Sofascore rating of 7.6 and he had an 86% passing percentage, including 5/7 successful long balls. While he lost possession 23 times, this was always going to be a high number as Stephen is Canada’s midfield orchestrator.

Overall, a solid game from the 24-year-old midfielder.

I felt like I was watching him for Lille as he only had a measly 24 touches. He had two key passes and two successful dribbles, but most importantly, he scored the only goal of the game. It was a nice bit of composure to move it to his left foot and slot in the corner. He wasn’t incredibly noticeable this game, but goals are incredibly important, so I’m placing David here.

The 34-year-old center back had quite an impressive game as he finished with a 7.4 rating on Sofascore. The 6’5 defender won 10 of 13 aerial duels and went 9/15 on his long passes. We tend to speak about the lack of depth at the center back position, but Steven Vitoria is a rock back there.

Sofascore gave the 22-year-old a 6.4, the second worst score for Canada. However, I am including him here for one reason: the near bicycle goal. If that were an inch or two lower, we’d be talking about arguably the nicest goal of qualifying.

He didn’t have a lot to do, but him rocking those sweatpants made my night. He also gets an A+ for time wasting shortly after the goal.

Davies lost possession of the ball 27 times. To me, it just seemed like he tried way too hard to carry the team on his shoulders during his long-awaited homecoming. If this were any other player, their inclusion wouldn’t be here. I’m expecting him to bounce on Tuesday.

Him and Stephen Eustaquio did an Uno reversal here. I thought Millar had a good start to the first half as he created a few chances down the left side. After this, he wasn’t noticeable. He wasn’t terrible by any means, but I think Larin and David up top with Davies on the wing is the better option moving forward.

The United States beat Mexico 2-0, meaning that both are tied at the top of the table with 14 points. Canada is third in the table with 13 points with a chance to overtake Mexico with a win. Panama is fourth with 11 points as they had a clutch come back as they were down 2-0 with 13 minutes to go. They won 3-2.

Canada expanded their lead over Costa Rica who now sit fifth with six points. This is quickly becoming a four team race for the top of the table.

Setting up for Tuesday:

As of Saturday, the predicted weather for Tuesday’s game is a low of -15 with snow. The pitch on Friday was already subpar, so I could just imagine how slow of a pace Tuesday’s game will be.

Fourth place Panama is up against El Salvador at home. They currently trail Canada by two points and both the United States and Mexico by three points. It’s paramount that Canada gets at least one point against Mexico, but if things go perfectly, it is possible that Canada ends 2021 at the top of the group.