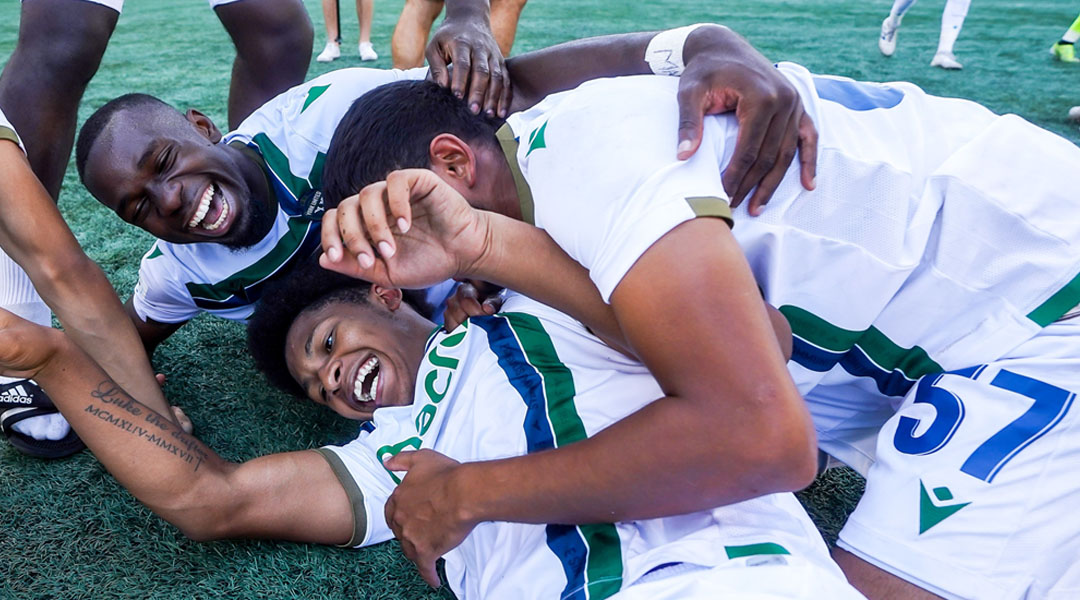 When York United plays at home for the first time since 2019, it’ll be doing so in front of a record paid attendance crowd for the side – and that’s no small feat given the attendance restrictions currently put in place.

Club President Angus McNab has announced that the Canadian Premier League side is nearing a sellout crowd for its 2,400 restricted capacity, with healthcare regulations, broadcast camera placements, and the delay of a proposed safe standing section limiting the maximum allowed attendance at the recently renovated stadium.

Tomorrow will mark the first professional football match played on the new FIFA Quality Pro turf field at York Lions Stadium, which underwent an $8.2-million renovation that just finished this week. The previous natural grass pitch was replaced with artificial turf and enlarged following the removal of a running track, allowing fans in the stands a closer view to the action.

While York United had posted much larger attendance sizes across its inaugural season two years ago – including an estimated crowd of 5,252 for a Canadian Championship bout against the Montreal Impact and 4,260 people in presence for its CPL home opener against Forge FC – evidently a large number of those came in the form of ticket comps.

The slow ticket sales were an indicator that the club wasn’t catching on with its local community, with the team then undergoing a complete rebrand in 2020 that saw it switch names from York9 FC to York United, adopting a new club identity that opened its arms to Toronto at large in addition to the York Region. This Friday will mark the club’s first home match following the rebrand.

Tomorrow’s crowd won’t be a record in size, but it will be in terms of ticket revenue – and in a gate-driven league, that’s not a difference to take lightly.

Still, tomorrow night’s match under the lights will continue to see a number of youth groups enjoying a free show, though they didn’t come in the form of complimentary tickets: the club held a ticket donation program which saw season ticket members and local businesses donate some of their rollover account credits to let the local youth community take in the professional game in their own backyard.

It’s an initiative led in large part by Brittany Arner, who joined the club last fall as its Vice President of Ticketing and Hospitality. She’d work with both Valour FC and Pacific FC in the past, along with the likes of of the Edmonton Oilers, Hamilton Bulldogs, and BC Lions.

She built this ticket donation program, and it’s such a meaningful way for people to help support us, and us delivering on the promise of inspiring local kids through sport. We still have a long way to go, but it’s important to recognize steps on the way to get there.

With the Nine Stripes looking likely to sell out a 2,400 capacity crowd for its long awaited home opener, the new York United era is making the best of things amid a COVID-19 pandemic that has kept the Nine Stripes away from home for 650 days.

The club didn’t have a long window to sell tickets ahead of the match, with sales only able to open up shortly after the full season schedule was released just over two weeks ago – after a point in which many potential attendees likely had long weekend plans in place. With the club still reaching a potential sellout height in the face of that, the return home is certainly starting off on a positive note.

York United currently finds itself fifth in league standings, though it has twenty matches left in the season to secure itself a first-ever playoff spot. After tomorrow night’s 905 Derby against the reigning champions, the club will then travel to Hamilton for the reverse fixture on Wednesday.