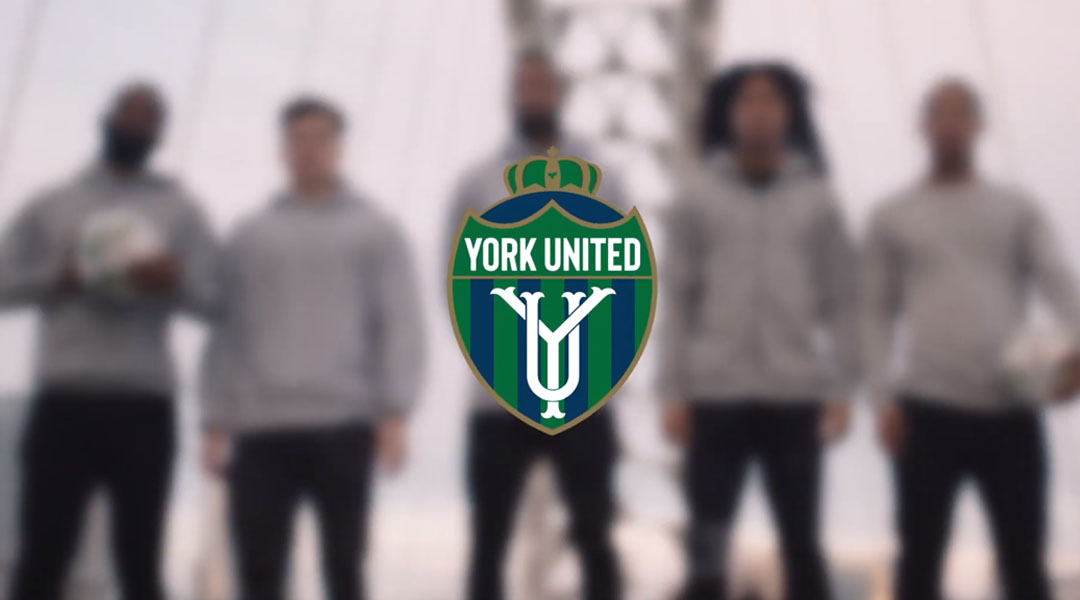 As the calendar year approaches its end, it’s fair to say that York United seems to have had the busiest offseason of any Canadian Premier League side: the club has just undergone a massive rebrand aimed to unite fans from both York Region and Toronto, with Club President Angus McNab simultaneously paving the way for a big roster rebuild which sees the club having already filled twenty of its twenty-three roster spots.

The analytics-minded executive had previously told us that Canadian Premier League clubs needed to be opportunistic with their roster signings, especially in regards to domestic talent. While a handful of Canadians released by MLS clubs have created discourse for CPL fans this month, McNab revealed that the club’s next signing would be utilizing the club’s last international roster spot:

I’m hoping we may have a player announcement as soon as next week for our last international spot, for an attacking midfielder. He’s more of a true ten, someone to truly play the point and unlock defenses that we weren’t able to do last year. Really, that piece following up with the best available – whether that’s a centre-back or another midfielder – we’ll be in a good spot.

This marks the first year that York United will have fully utilized all seven of their roster spots: the inaugural CPL campaign saw only three internationals arrive (with Jose Pina being released before entering Canada), while The Island Games saw the club end up utilizing six (with Jaco and Ugarriza being released due to travel difficulties from the COVID-19 pandemic). Brian Lopez and Nicholas Hamilton remained contracted through the season, but never entered Canada.

The Island Games saw the club struggle to generate goals from open play, but if McNab can find York United a Joao Morelli of their own, those struggles could become a distance memory. Of course, that’s a task easier said than done.

It looks like fans won’t have much longer to wait until to see who that puzzle piece is, with the Club President now having taken to Twitter to tease that York United will be making another player-based announcement in the coming days.

While the aforementioned domestic products released by Major League Soccer clubs are food for thought, it’s hard to find the right balance of player talent that will fit within the tight salary constraints of the CPL. To that end, however, McNab says that the club still has ample room to work with to secure the ‘best available’ players for its final roster spots:

We’ve had great discussion with a number of players, and things haven’t quite fallen just yet. We will sign the best available players for our squad. We’ve got significant amount of salary cap room still with those positions to go and make an impact.

The news that there is significant salary cap remaining might prove sour grapes for some who saw the breakdown in negotiations for players like Joseph Di Chiara and Luca Gasparotto as a mistake, but McNab remains confident in his player value assessments.

Once the club has signed its international attacking midfielder and what will likely with be another midfielder or defensive option, McNab will then look towards the upcoming CPL-U SPORTS Draft set to take place in January. Since university athletes didn’t take to the pitch in competitive action this year, the league has worked with its scouts and U SPORTS head coaches to curate video highlight reels and player biographies for CPL sides to draft from.

York United presently has the youngest roster in the league as it is, with the average player age sitting as just below 22. Should the club’s two upcoming draft picks impress during their respective trials, they’ll be brought in on developmental contracts that won’t disturb the salary cap. Last year saw York United ultimately sign youngster Isaiah Johnston to a professional contract after picking him up in the draft.

As per McNab, it’s a good way to flesh out a roster which will see two of its players out on loan until midway through the season, assuming it starts in March or April as expected:

We also have the ability to use the CPL-U SPORTS Draft very well and very creatively, because we have Nicholas and Michael out on loan for the summer as well. We can look at how we might be able to use our U SPORTS Draft picks and integrate them within the squad and also use other roster building avenues like development permits to get people into the group and integrated so we can get a nice, long look at them with 2022 roster decisions in mind.

While McNab makes it clear that the club puts a focus on young talent, veterans Roger Thompson and Jordan Wilson both signed multi-year deals with the club and are eager to offer leadership roles to the squad. If they can lead a young squad to fruitful results on the field, York United will be hoping to move on some of its young signings for a profit, like it did with Emilio Estevez this year.

Brazilian Serie A side Fluminense will be watching William Wallace with eager eyes, having negotiated a sell-on clause for the young Brazilian when York United purchased him a month ago to the day.

Whoever ultimately fills in the last remaining roster spots remains to be seen, but now York United fans have some additional clarity on who they can expect to be coming in – though given that McNab has shown he can move quickly to secure a deal if he sees good value in it, it’s fair to say that an opportunistic signing could still sneak its way in to one of the last roster spots.

York United is expected to sign its final international player next week, at which point the club will have two roster spots remaining.

Deep Dive: All You Need To Know About The York United Rebrand