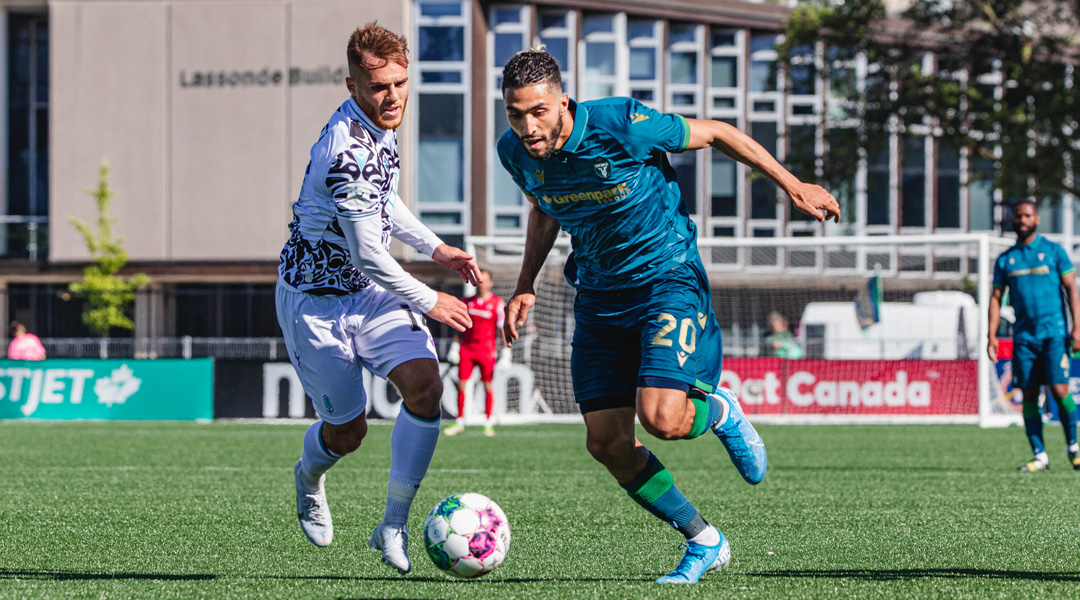 It’s no secret that Diyaeddine Abzi would leave big shoes to fill at any CPL side, so York United knows it has a significant task in replacing the star full-back.

The 23-year-old’s sale came during an injury crisis that currently sees several players sidelined, three with season-ending injuries to boot. Last weekend saw the club’s bench filled with untested developmental athletes that included a 15-year-old who also made an unexpected debut, while this weekend saw League1 Ontario fill-in Gianluca Catalano get called upon between the sticks.

Compound the injury count with the recent sale of star left-back Diyaeddine Abzi to Ligue 2 side Pau FC, and it’s clear that the Nine Stripes need reinforcements – especially given that those who aren’t hurt all just went through a grueling stretch of fixtures with little rest.

In a recent episode of Added Time, Nine Stripes head coach Martin Nash confirmed that the club will likely bring in two more signings this transfer window, one of whom will be deployed as an attack-minded left back like Abzi was.

“Obviously, Abzi leaves a big hole in our team with the talent that he has,” said Nash. “Not that we can absolutely replace him, but we are close to pulling the trigger on someone who can fill that role on the team.”

Of course, Abzi was a finished product ready for the next level – his successor will be a young option with room to grow ahead of him at the CPL level.

The club’s number of available players will soon edge northwards with the ITC clearances of Canadian youth international Ronan Kratt and Australian A-League defender Tass Mourdoukoutas, both of whom are expected to be available for the 905 Derby on Friday.

“They’re two hungry players that want to come in and earn their spot in this team. They’ve had great attitudes, they’re working real hard right now to get up to speed and get integrated into the group, which is really good. I expect them both, with what I’ve seen in training, to play a big part in the team and in the running here.”

With that duo set to supplement another two signings, Nash is hopeful that the influx of fresh faces can help the club turn the page and, if all goes to plan, reach playoffs like the club did under Jim Brennan last year.

“We’re almost at the halfway point, and we aren’t where we want to be or feel we should be,” said the gaffer bluntly. “With reinforcements coming and hopefully some guys getting back healthy, hopefully we can make a push over the next 14-16 weeks of season play to get back into playoff contention.”

While it remains to be seen what the two additional reinforcements look like, it won’t be the first time the club has had to pivot like this: last June saw them bring in four replacement players, too. None of them lasted beyond that season.

“We’re still looking, trying to improve and get better and more solid, and get more numbers in the squad so that we can make this push.”