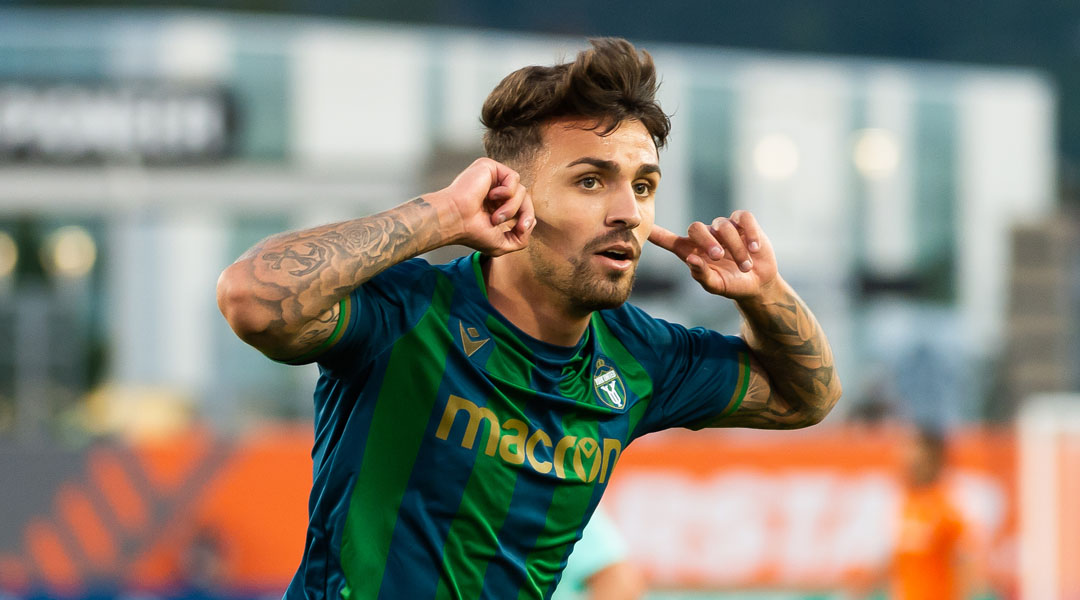 Given the online discourse surrounding Alvaro Rivero’s sending off, many fans would be forgiven for thinking that York United may be heading back to the Canada Soccer Dispensary Committee to appeal a suspension for the second time this week.

Even if York United wanted to, however, the club cannot put in a claim to contest the suspension as it came through a second yellow. The only instance where a club can appeal a suspension given through yellow cards is in the case of mistaken identity, which doesn’t apply to Rivero’s sending off.

Rivero had helped the Nine Stripes crash the party-like atmosphere at Forge’s home opener, scoring the game’s only goal after some fancy footwork in the 54th minute.

The 24-year-old Real Madrid Academy product found himself sent off just ten minutes later, picking up a second yellow for standing too close to Paolo Sabak after the home side had won a freekick opportunity.

While Forge weren’t looking to take the quick early, Sabak saw an opportunity to lift the ball into Rivero, prompting referee Fabrizio Stasolla to immediately give Rivero his second yellow card for impeding the set piece.

After the match, York United head coach Jim Brennan understood the decision, but believed it was a soft way to see a player receive his marching orders.

I think it was a soft yellow. That kind of stuff happens all the time. The player’s kicked it off of him, and he’s looking to get him booked. Is anything going to come out of it if Alvaro is not there? No. I don’t think it was a yellow. I think it might have been one of those after where if he realized he had booked Alvaro earlier, he would have just had a talk with him. It is what it is.

The decision has sparked plenty of debate online, with OneSoccer’s Kurt Larson also calling it a soft decision that came firmly within the laws of the game. One of the voices who offered a strong opinion on the decision was former Eddies head coach Jeff Paulus:

No chance that deserves a second yellow. Forge was not looking to play quickly, not one Forge player even looking at the ball when Sabak lifts it into Rivero’s chest. This is an official that has never played the game. Poor officiating on this one.

Stasolla has refereed around 24 Canadian Premier Leagues thus far, where his only other ejection also came in the form of a second yellow in 2019.

Regardless of one’s thoughts on how harsh it was, all parties seem to agree that it was within the laws of the game. Since his ejection came through a second yellow, his suspension is essentially set in stone – and, to be candid, even if an appeal was possible it likely would not have changed anything.

The club had successfully appealed a red card suspension just two days ago following the dismissal of Dominick Zator last week, with a review eventually confirming that the key defender did not deny a goalscoring opportunity for Tristan Borges. Thus, Zator’s suspension was reversed and he was made available for yesterday’s match, where he came up big to stop a likely equalizer from Borges in the second half.

It will be the first time that both Chrisnovic N’sa and Morey Doner will face their former clubs, too.