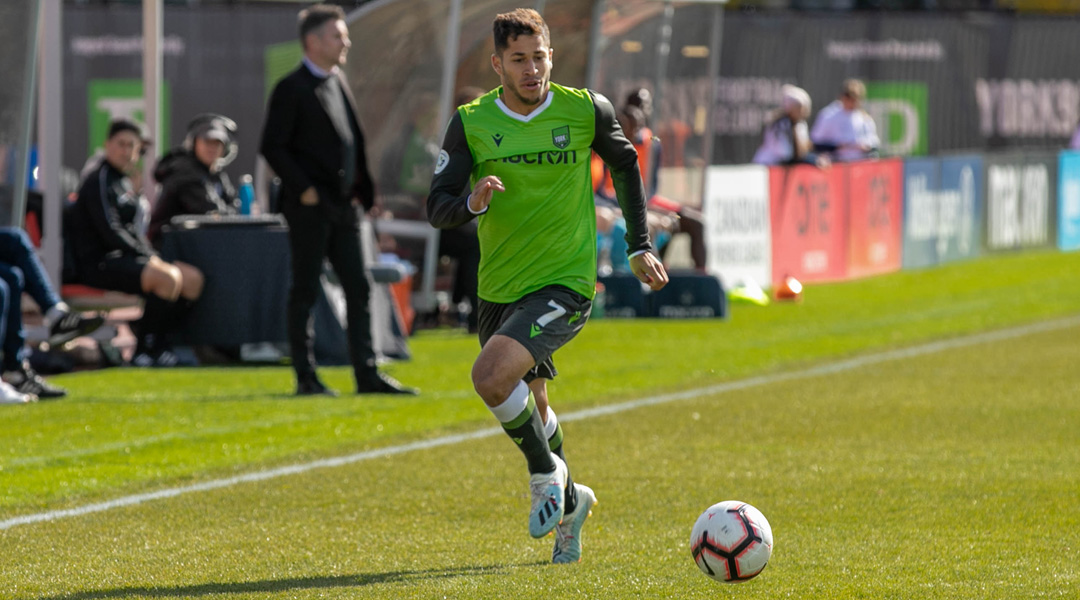 UPDATE: The transfer has now been made official by York United.

Northern Tribune has learned that in-demand free agent Austin Ricci has signed a deal with his former side York United.

The 26-year-old striker will now return to his hometown club after spending the last two seasons with Valour FC, where his previous season saw him record a head-turning eight goals in 18 appearances before his season was ended through a collision with Triston Henry.

After Valour let the sidelined striker’s contract expire, Ricci trained with York United this March before the club ultimately signed Osaze De Rosario instead. With Ricci now fit, the CPL original had been linked to multiple clubs before our confirmation of his move back home today.

Given that York United already had a full 23 man roster on paper, we’re guessing that Martin Graiciar may be out for the season following a concussion suffered ahead of the club’s preseason trip to Victoria. That would clear space for Ricci, with the Nine Stripes’ offensive line also set to be bolstered by Lisandro Cabrera in the near future following another small delay in his visa processing.

Ricci didn’t get a lot of opportunity to impress under Jim Brennan back in 2019, where his only contribution form 234 minutes of play was a sole assist against Valour. It was the Winnipeg-based side that took him in after that, with Ricci building on a promising Island Games start to undergo a breakout season last year: he started his campaign with a goal and assist against Forge FC, and later even bagged a brace against York United in the Winnipeg bubble.

Ricci procured 5 goals in 16 league appearances last season, while also finishing as the 2021 Canadian Championship top goalscorer after a brace against Atletico Ottawa and the hard-fought goal against Forge which resulted in his season-ending injury:

Now fully recovered, a York United side now helmed by Angus McNab and Martin Nash clearly like what they see in the Canadian striker. The length of his contract with York United is not known.

The rumours of Halifax looking at the player had been amplified following Joao Morelli’s injury, but a source within the club stated that the east coast side didn’t want to risk bringing in a replacement who had just recovered from a similar injury.

A source inside York United indicates that Ricci may even feature on the club’s roster against Cavalry FC tomorrow. Given that timeline, an official announcement should be expected soon.