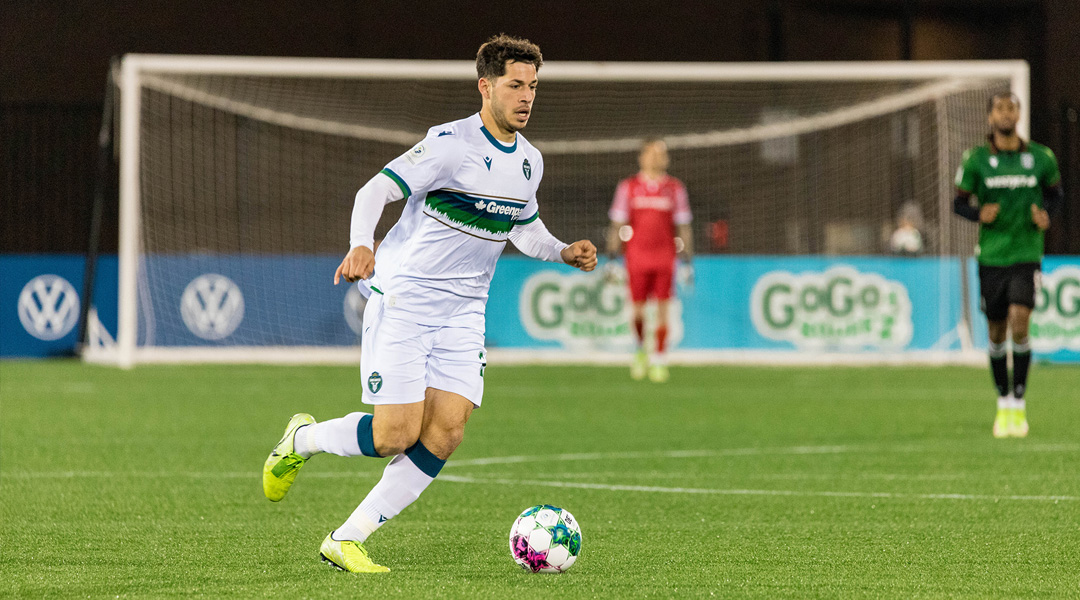 The 26-year-old Richmond Hill native saw his return to York United cut short this year after re-aggravating the same knee injury that had ended his breakout campaign with Valour in 2021. The striker had made just four substitute appearances for the Nine Stripes before his 2022 campaign came to a close when surgery was once again required.

Ricci had procured an impressive eight goals in 18 appearances for Valour last year before a collision with Triston Henry resulted in a season-ending knee surgery. While Valour opted not to stick with the striker through his recovery, his hometown club has shown a great deal of faith in him to not only have signed him after that, but now to have extended their terms with him as he recovers.

This marks the continuation of his second chapter at York United after Ricci featured in the club’s inaugural season under Jim Brennan. He accrued 234 minutes back then, collecting a sole assist against Valour before signing for them a year later. He did about everything but score at The Island Games before enjoying a breakout season last year, starting his campaign with a goal and assist against Forge FC, and later even bagged a brace against York United in the Winnipeg bubble en route to an eight goal campaign that saw him finish as the top goalscorer of the 2021 Canadian Championship.

The news of the signing came during a York United season ticket holder event, where Martin Nash confirmed that the club – which had finished in stellar form after faltering midseason – was happy with most of its roster at large.

“I think we’re in a good place at the moment,” said Nash of the current squad composition, particularly after the addition of Mo Babouli. “I think the big thing now is to keep the players of this group together that we finished the season with. Now we just need to add the little bits, for example, a left-footed left back which we’ve not had since Abzi left – that’s something we’re looking at.”

The club has also confirmed that it parted ways with Martin Graiciar, who suffered an unfortunate season-ending concussion in preseason. The former Czech Republic U-21 international was touted to be a high-ceiling acquisition up top, but both sides agreed to mutually terminate the deal ahead of the 2023 campaign.

That leaves more international room for York United, who still over-exceed the roster maximum given the loans of Tobias Warschewski and Azriel Gonzalez to FC Edmonton this year. Evidently, there’s still many choices left to make.

Ricci has a further club option for 2024.

The Gloves Are Off: An Interview With Nathan Ingham