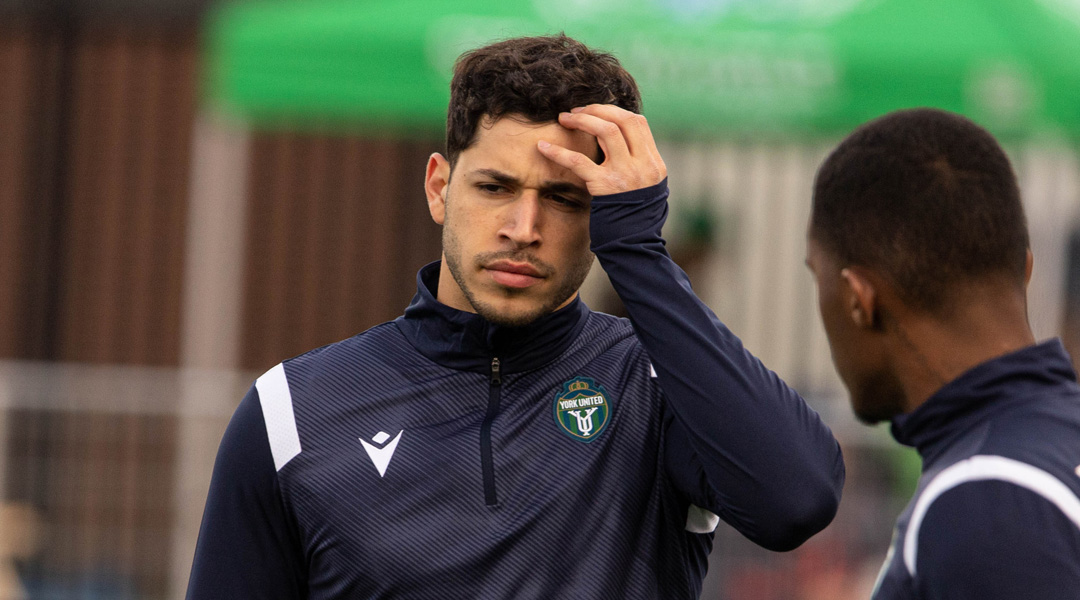 Austin Ricci’s season has officially been ended by a knee injury for the second year in a row.

The York United striker went down untouched in the club’s Canadian Championship win over Atletico Ottawa last month, sparking fears that the 26-year-old’s previous knee had been seriously reaggravated.

Ricci had joined the Nine Stripes for a second stint back in April, with Martin Nash attempting to ease the striker into match fitness with four late substitute appearances totaling 87 minutes in all. Unfortunately, the Richmond Hill native still suffered a season-ending ACL injury for the second year running.

York United confirmed today that the striker underwent an ACL Surgery with Dr. Patrick Gamble at the South Lake Regional Health Centre last week, with the club stating that his focus will now be on recovery with an estimated return in 2023.

It’s a time of brutal deja vu for Ricci, who saw his previous season come to an early end through the same competition. Last year saw the striker in the midst of a head-turning run of form for Winnipeg’s Valour FC, with Ricci contributing 8 goals in 18 appearances before his breakout campaign came to an unexpected close following his season-ending collision with Triston Henry.

After a successful surgery following the collision, he was later dropped by Valour FC and entered 2022 as a free agent. The striker trained with York United before returning to the side which handed him his CPL debut back in 2019. Unfortunately for Ricci, his ongoing knee issues have now stalled a full season back home.

The Halifax Wanderers had passed on Ricci in their search for a Morelli replacement due to the risk of him re-aggravating his ACL injury, with the east coast side eventually inking Moor Samb instead.

Cavalry full-back Fraser Aird is also out long-term with an ACL injury, becoming the fourth member on the Alberta-based team to suffer a significant knee injury this year. The Nine Stripes have also lost Czech forward Martin Graiciar to a season-ending injury following a concussion.

With Ricci having proven himself to a fast, physical, and worthy talent at the Canadian Premier League level, his own ongoing knee concerns are certainly a troubling sight.

We wish Austin Ricci all the best in his recovery.