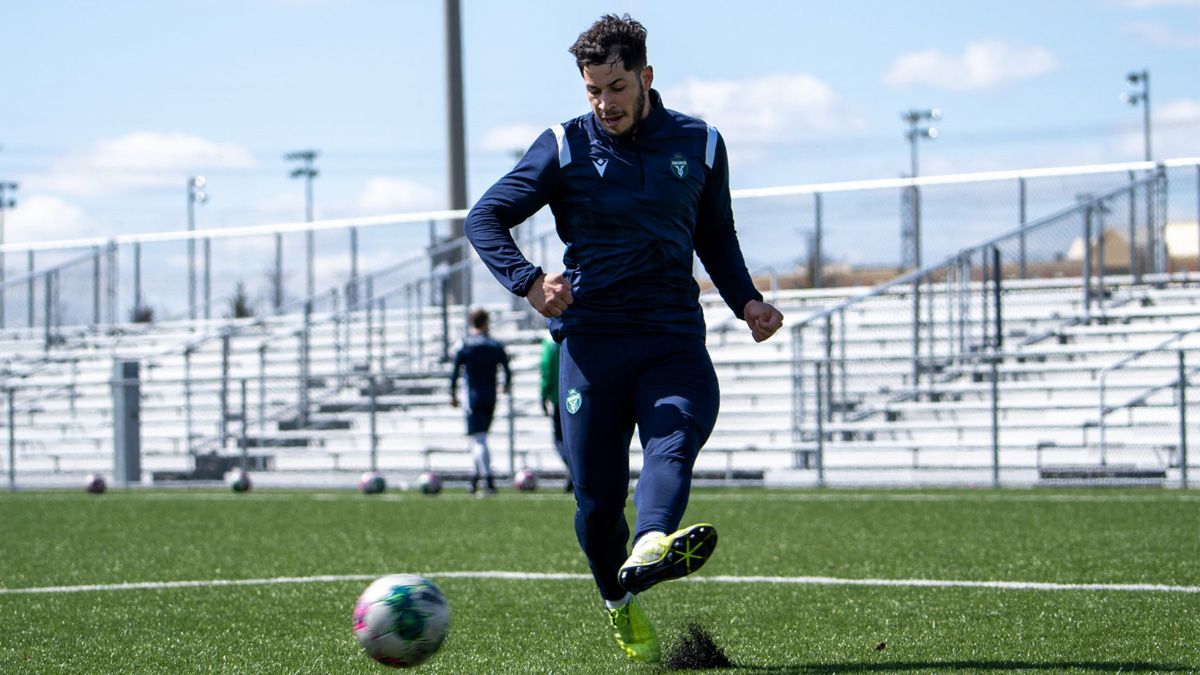 York United has officially confirmed the return of Austin Ricci, a story which we broke earlier today.

The 26-year-old striker returns to York Lions Stadium after spending the last two years with Winnipeg’s Valour FC, where a breakout campaign saw him net a head-turning eight goals in 18 appearances last year before he suffered a season-ending knee injury.

Ricci has signed a one-year deal with his former team that includes club options all the way through to 2024, though his arrival comes at a cost: roster room was only made available after Martin Graiciar was added to the season-ending injury list following a preseason concussion injury.

[Martin] received a concussion after heading a ball in late-February, just before we departed to Vancouver for pre-season camp. Sadly, things haven’t improved and for Martin it’s been pretty awful – and not just on the football side, but his quality of life has been impacted with extreme light/dark sensitivity and vertigo too. It’s the right call to look at his long-term health and give him time to recover, without the pressure of a return to play.

The Nine Stripes had been keeping a close eye on Ricci following his departure from Valour: as a free agent, Ricci trained with York United this March before the club ultimately signed Osaze De Rosario instead.

With multiple clubs interested in the 26-year-old striker and Martin Graiciar now sidelined, York has moved quickly to secure the return of an inaugural squad member who has seen his stock rise.

Ricci’s last stay at York Lions Stadium saw him collect just 234 minutes and a sole assist against Valour before he left for Winnipeg. He looked good at The Island Games before undergoing a breakout season last year, starting started his campaign with a goal and assist against Forge FC, and later even bagged a brace against York United in the Winnipeg bubble.

Ricci finished with five goals in sixteen league appearances last season, while also finishing as the 2021 Canadian Championship top goalscorer after a brace against Atletico Ottawa and the hard-fought goal against Forge which resulted in a season-ending injury:

Now fully recovered, Ricci is eligible to be put on the matchday roster as soon as tomorrow, when new York United head coach Martin Nash takes on his former side Cavalry FC. We expect the match to be a high-tempo affair, and the return of a hometown player would be icing on the cake for it.

“I’m delighted that Austin has chosen to rejoin the club,” added McNab, “he’s a player who was absolutely flying before he got injured and we think he can recapture that form and be a key piece of what we want to do: both with and without the ball. He’s been training with us to maintain his fitness and get up to speed so integrating him in the group is easy.”

Austin Ricci’s new contract with York United runs for the length of the season, with clubs options through to 2024. He also makes history as the first CPL athlete to return to a former club after undergoing an intra-league transfer.

Ricci will be available as early as tomorrow’s match against Cavalry FC.