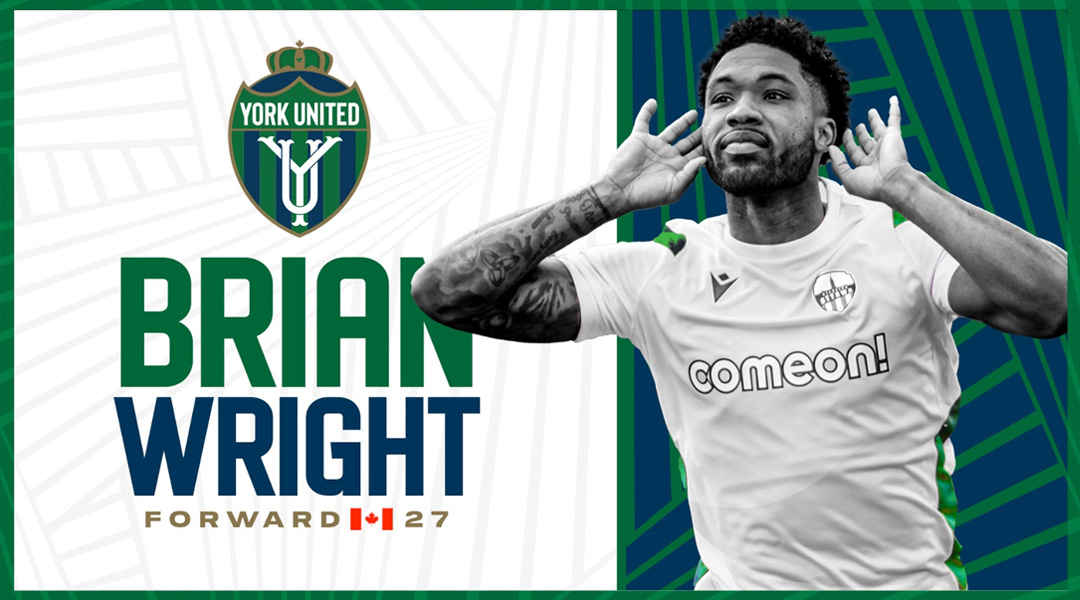 The Canadian free agent spent the last two seasons at Atletico Ottawa, where he appeared 53 times and contributed 14 goals. His new club described him as a consistent thorn in the side of various CPL defenders, now recruiting the attacker for their own gain.

“Brian is a proven goalscorer in the CPL – he put three past us in the league last season so I’m happy we won’t be playing against him now,” stated York United Club President Angus McNab, who also revealed that Wright had the highest expected goals per shot of any attacker in the league over the last two years.

Before inking his first CPL deal with Atletico Ottawa, his career got its start through the 2017 MLS SuperDraft, where he signed for the New England Revolution and made 14 appearances for the team between loans to the Tulsa Roughnecks and Birmingham Legion.

With the club having parted ways with Tobias Warschewski given the club’s preference to field record goalscorer Osaze De Rosario, it appears that Wright will be a depth option for the side, though he’ll certainly give the striker good competition up top.

The Nine Stripes loosed ten player in the club’s latest roster update, but they’ve equally as quick to forge ahead with the rebuild. The midfield has been bolsted by intra-league additions Elijah Adekugbe and Jeremy Gagnon-Lapare, while Markiyan Voytsekhovskyy makes the jump up from League1 Ontario. Dutch defender Lassana Faye will join as left-back.

Brian Wright has joined York United on a two-year deal. The financial terms were not disclosed by the club.