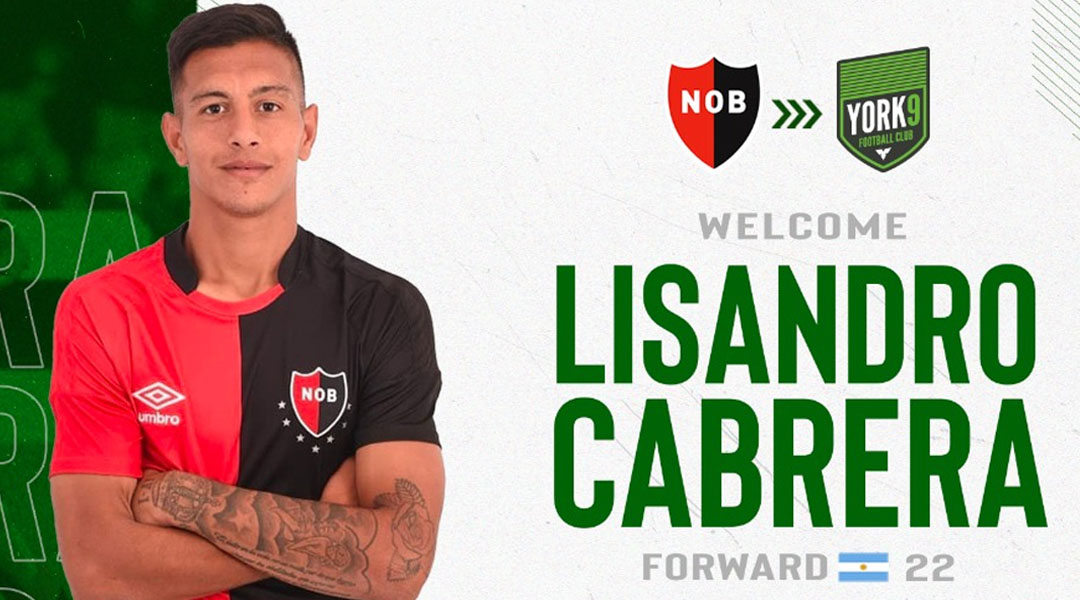 The move comes ahead of the loanee club’s Concacaf Champions League match against Liga MX side Monterrey, which could see the 22-year-old centre-forward involved in Concacaf’s premier club competition. It’ll also mean that Cabrera has the opportunity to collect meaningful minutes while York United awaits visa clearance for its international signings.

Atletico Pantoja had qualified for the Concacaf Champions League by way of finishing top of the 2020 Caribbean Club Championship. Cabrera joined up with the Dominican Republic side earlier this week, with York United Club President Angus McNab eager to see the forward get game time ahead of the 2021 CPL season:

It’s very simple and the move makes sense for all parties. Lisandro is very keen to play matches, Atletico Pantoja have some key games on the horizon in the CONCACAF Champions League, and we want to ensure all players come into our environment in the best condition and form.

While York United’s loan arrangements for Nicholas Hamilton, Michael Petrasso, and Dominick Zator will see the trio away until the end of June, Cabrera’s arrangement allows the Nine Stripes to recall him as soon as his Canadian visa is processed.

The COVID-19 pandemic saw several York United player signings miss out on The Island Games last year due to visa issues, with athletes like Brian Lopez, Jaco, and Adrian Ugarriza having left the Nine Stripes without stepping foot in Canada.

While it is expected that visa applications for international players throughout the league will be more successful this year, things appear to still be going slow in that regard – as evidenced by today’s loan move in lieu of Cabrera’s arrival to Canada.

Still, York United were the fastest team to utilize all of their international slots ahead of the 2021 season, with Cabrera being announced as as the sixth of seven allowed internationals back in November.

Cabrera spent his youth days with Argentinian giants Boca Juniors before signing with Newell’s Old Boys in 2018, where he made his transition to senior football and made four appearances for the side.

During that time, he was loaned to Colombian sides Cucuta Deportivo and Patriotas Boyaca, with Cabrera later being loaned to Argentinian second division side Gimnasia y Esgrima before he began his new chapter with York United.

The league has tentatively set a start date of late May for the 2021 CPL season, though it remains subject to government health regulations. The gate-driven league is hoping to allow for home markets rather than a bubble tournament this time around.

For now, Cabrera departs on a short-term loan deal to Atletico Pantoja, with York United retaining the right to recall once his Canadian visa is cleared. He is signed to a multi-year deal that includes options for 2022 and 2023.