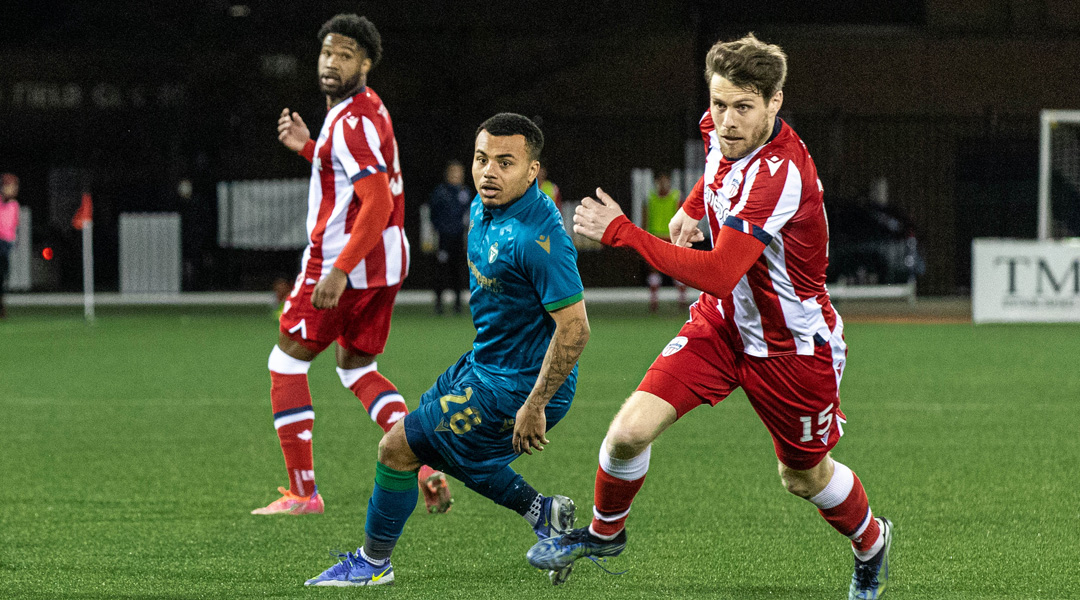 York United has announced that is red card appeal on behalf of Cedric Toussaint has seen the suspension reduced from three matches to one.

The 21-year-old received his marching orders in the final minutes of last week’s match against Atletico Ottawa, with referee Filip Dujic giving Toussaint a straight red after he became entangled with Chris Mannella and inadvertently stepped on the midfielder’s leg.

It certainly looked incidental in the above clip, with York United now confirming that while the full suspension appeal was denied, the Canada Soccer Disciplinary Committee has reduced Toussaint’s suspension from three matches down to one.

That indicates that the CSDC does not consider his offence to be one of violent conduct, though they still upheld the typical one match ban that follows a red card decision by default.

While Toussaint will still miss this Friday’s 905 Derby, he’ll be eligible to play against the club’s next matches against Valour and Pacific FC. Nine Stripes forward Matteo Hernandez will also be available for the match against Valour after an off-the-pitch altercation from the club’s home opener.

“While I disagree with the decision, I do respect the process and appreciate the time of those on the panel to consider our appeal,” said Club President Angus McNab. “I and all at the club one-hundred-percent believe Cedric that it wasn’t an intentional / violent act and he’ll be back after sitting out Friday evening versus Forge.”

Worth A Look: Fans Wearing Canadian Soccer Gear Can Attend York United Vs Forge FC For $5

With the suspension having only been for league matches, Cedric Toussaint would always have been available for next week’s Canadian Championship clash against Atletico Ottawa regardless of the suspension length.

This isn’t the first time Canada Soccer has acquiesced to red card appeals from CPL clubs, though the subject of referee decisions has become an early spotlight discussion in CPL circles. While there have been some heated comments about officiating, it’s worth stating that the CPL exists to help grow the quality of Canada’s officials in addition to its players and coaches, too.

Toussaint arrived to the Nine Stripes from the CF Montreal Academy system ahead of the 2021 CPL season. He’s made 29 appearances for the club since, with last week’s red card being the first of his career.

York United currently sits fourth in league standings, one point ahead of rival side Forge FC.