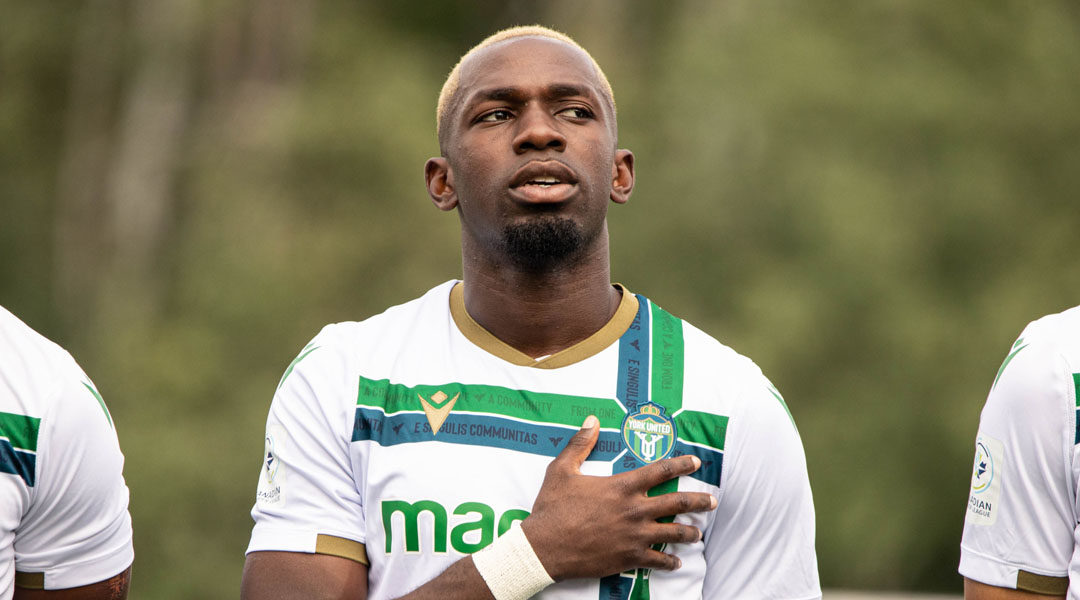 York United succumbed to a 2-1 away loss to Cavalry FC last night, with the loss drawing a few negative comments online – though one of them crossed the line, and crossed it far.

This morning, York United released a statement condemning the actions of a social media user who directed racial abuse towards York United defender Chrisnovic N’sa, who has been a mainstay in the Nine Stripes lineup since arriving as a U-21 Canadian Player of the Year nominee from the Halifax Wanderers.

Northern Tribune will not be providing further context on the hateful speech, other than that it came from a private account with zero followers – which seems just the right amount for that drivel. The comment has since been removed, and we sincerely hope the owner of the account takes steps to improve upon themselves as a person.

Last month saw Atletico Ottawa striker Brian Wright also fall victim to racial abuse online, with the striker revealing a direct message that was sent to him containing hateful speech from a foreign spectator. The league and its clubs released statements condemning the actions of this person.

The Canadian Premier League has put social justice and awareness campaigns under the spotlight throughout the league’s young existence, highlighting the Black Lives Matter movement last season and the Every Child Matters campaign this year.

2019 saw allegations of racial abuse tied to former Forge FC assistant coach Peter Reynders, though an independent review cleared the coach following a prolonged period of silence regarding the investigation from Canada Soccer.

[I’m] angry, frustrated, sad, and generally pretty down that we need to put a statement like this out. No place for racism in sport or wider society.

Northern Tribune stands with York United and Chrisnovic N’sa, and we condemn racism and discrimination of any kind.