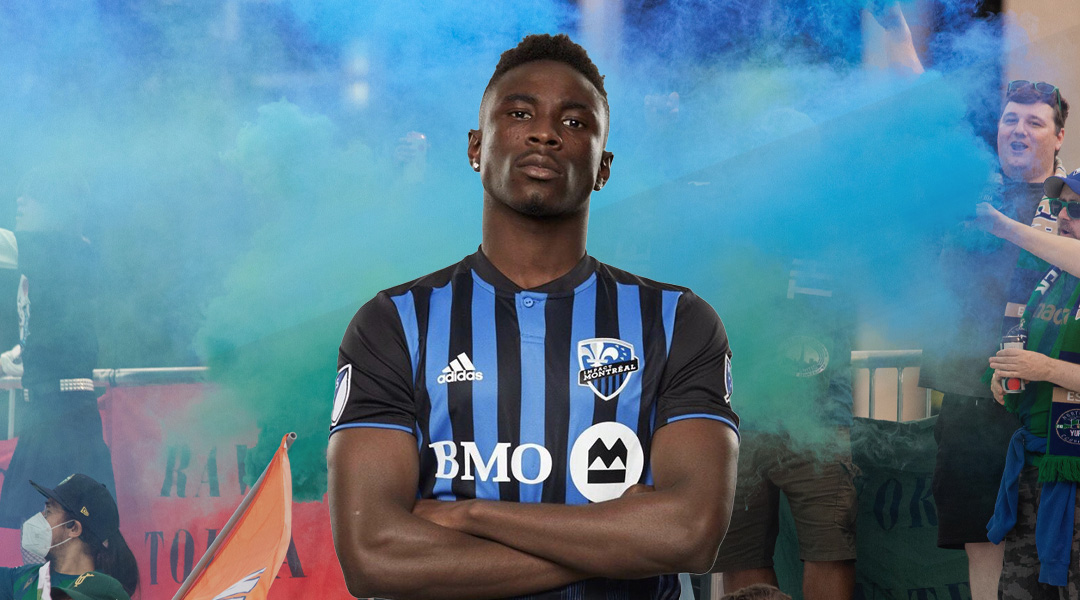 The 23-year-old arrives having accrued Major League Soccer experience with CF Montreal, for whom he appeared 32 times in all – including once against York in the Canadian Championship.

Bayiha arrives as a speedy winger who can also be deployed as a right-back, which is certainly a position that York needed to fill in.

Bayiha spent the last season abroad with Norwegian top flight side HamKam, making nine appearances before inking his new deal back on Canadian soil. The terms of the transfer were not disclosed by either club.

“Clement is someone that we’ve been chatting to for a while,” revealed Club President Angus McNab, who had approached the club last year to enquire about a loan. Bayiha had two years remaining on his deal out in Norway, but was convinced to join the Nine Stripes roster rebuild ahead of the 2023 CPL season.

The speedy right-footed player offers a high level of versatility on the right flank for Martin Nash, and will surely be one of the biggest offseason additions for the club.

The Montrealer began his career with the Ottawa Fury back in 2018, making two appearances before signing a homegrown contract with CF Montreal the following year. He’d make eleven league appearances in his rookie MLS season, where he got a great run in the Canadian Championship, featuring against York United, Cavalry, and Toronto FC en route to a cup win.

Bayiha would feature for CF Montreal sixteen times over the next two seasons before moving on to HamKam hungry for more playing time. While his appearances were limited whilst abroad, the right-footed winger / right-back should be able to find consistent game time with York United.

Bayiha has also featured for Canada at the youth level, making five appearances 2018 Concacaf U-20 Championship and scoring in a 2-1 win over Martinique.

All-told, the Canadian-Cameroonian arrives as a strong domestic addition to the Nine Stripes roster. The right-back position can now be filled by both Bayiha and Gee, and if he’s deployed as a winger the club has a suitable replacement for Michael Petrasso, who remains out-of-contract.

Bayiha arrives to York Lions Stadium on a two-year deal from Norwegian top flight side HamKam. The terms of the transfer were not disclosed by either lcub.