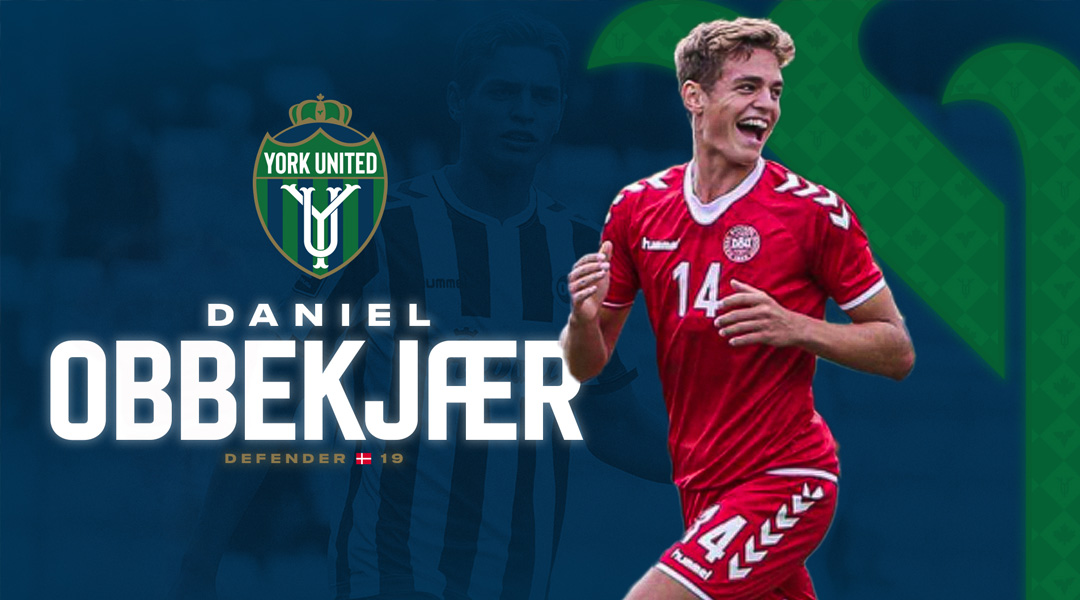 The imposing six-foot-four defender arrives after three seasons in the Danish top flight with Odense Boldklub, where he has largely featured for the team’s youth sides but has now made good on his ambitions for first team football.

Obbekjaer turned professional at the age of sixteen after training with the Odense Boldklub first team during a preseason stint in Turkey, with the Danish club signing him through to the summer of 2021. He made his debut not long after that, going on to make seven appearances for the first team and becoming the club’s youngest-ever league starter.

The centre-back would spent three seasons with Odense, earning 19 international nods from the U-16 to U-19 levels during his time with the Danish Superliga side. Club President Angus McNab saw a lot he liked from those moments, including a propensity to make ambitious passes out of the back and a comfortable presence on the ball with solid mobility for a six-foot-four athlete.

I want to achieve things with the team and make it as far as possible with them so I can be remembered in the history of York United. They believe in their young talents. I love that and being a part of a club like that now. I’m very grateful.

It was just one year ago that Obbekjaer had trailed with Premier League side Brighton & Hove Albion, training with the club’s U-23 side throughout the month before joining Italian Serie B side SPAL on loan with an option to buy. He featured for the club’s U-19 squad throughout the campaign.

The 19-year-old didn’t see any game time with the Odense first team upon his return, eventually trialing with Danish top flight side Hobro IK before opting to pursue a new opportunity abroad following the expiry of his contract.

The 2021 Canadian Premier League season saw York United undergo several matches without two natural centre-backs being available, with club captain Roger Thompson underdoing injury spells and Ryan Lindsay unable to feature. Defensive midfielder Jordan Wilson slotted into the role well, but it goes without saying that having a six-foot-four natural centre back alongside Zator might be the preferred choice.

Obbekjaer is a signing with a high ceiling: if the six-foot-four defender can acclimatize himself to life in the CPL, the Nine Stripes have gotten themselves an imposing, young defender with experience at the Danish U-19 level.

We’ve heard that the club will be using all of its international slots, which means two additional signings are coming. While Martin Graiciar is expected to be one of them, it’s unknown who the other new addition will be.

The financial terms and length of Obbekjaer’s contract with York United were not disclosed. He becomes the first Danish athlete to ink a deal in the Canadian Premier League.