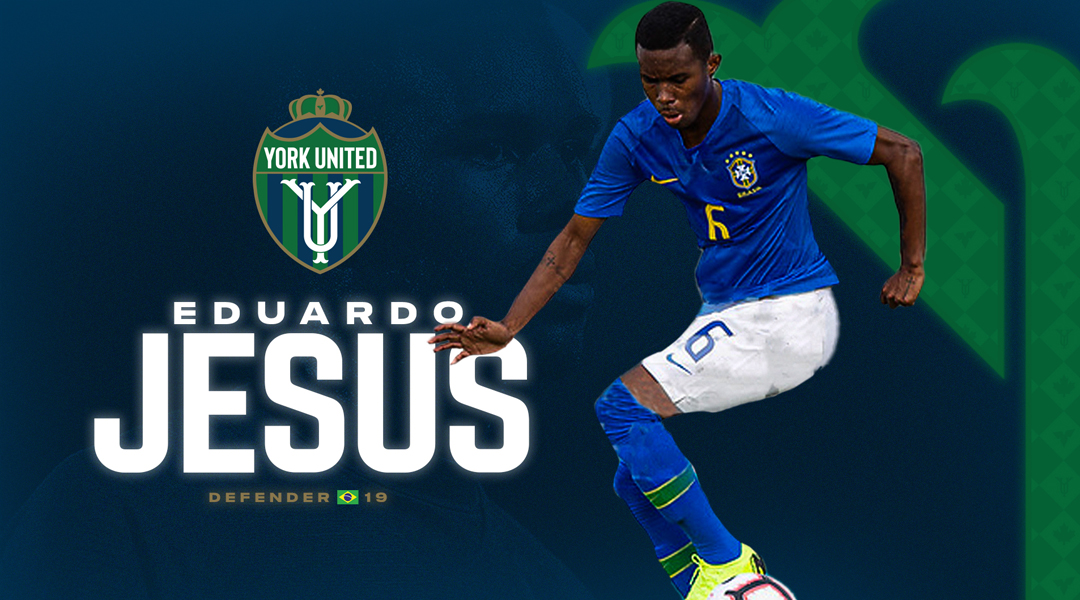 The 19-year-old defender will arrive as a promising prospect who has made five appearances for Brazil at the U-17 level, while also having youth playing experiences with the likes of Palmeiras, Fluminense (where he played with the B team), Vitoria, and Bahia in his native Brazil.

He arrives on a two-year deal that includes a club option for 2024.

Described as an exciting player who can play as both a left-back and a defensive midfielder, Club President Angus McNab notes that the young Brazilian has a sizeable offensive impact, too:

He possesses a dangerous delivery and is a real shooting threat from set pieces, too. He’ll bring the best out of both Diyaeddine Abzi and his compatriot William Wallace on the left side.

Jesus earned his first youth cap of Brazil at the U-16 level, coming on at the end of an 8-1 friendly routing over Cameroon. He would go on to make five appearances at the U-17 level in 2018, featuring in friendlies against Russia, England, England, Turkey, and Portugal.

As McNab touched on earlier, the Nine Stripes now have quite a bit of depth on the left flank: club star Diyaeddine Abzi has deputized the position across three years, with former Fluminense youngster William Wallace also set to arrive to York Lions Stadium this year. If the Brazilian duo of Jesus and Wallace can impress at the CPL level, the Nine Stripes are looking at a formidable left flank.

Jesus becomes the fourth Brazilian signing to ink a deal with the Nine Stripes, though only he and William Wallace will be part of the squad this year. The club had signed and parted ways with Jaco last year after his arrival was barred due to the pandemic, while Gabriel Vasconcelos saw limited playtime in 2020 before departing.

The Nine Stripes announced the addition of Danish U-19 centre-back Daniel Obekkjaer yesterday, with Czech Republic U-21 forward Martin Graiciar now expected to be the club’s last international addition ahead of the 2022 Canadian Premier League season.

York United now has twenty players on the books for the 2022 CPL season. Seventeen players return from the previous campaign, with young domestic striker Mamadou Kane joining Obekkjaer and Jesus for the club’s first season under head coach Martin Nash.

The financial details of Eduardo’s contract with York United were not disclosed by the club.