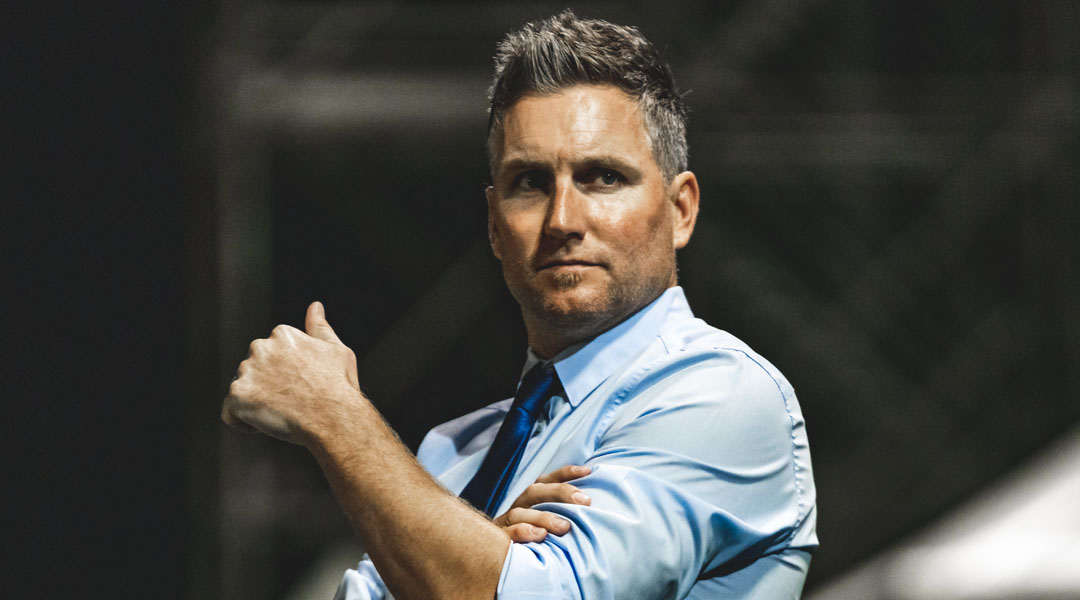 His third season at the helm of the club saw the side etch a playoff spot for the first time in club history, though evidently this was not enough to convince club ownership that he remained the right man for the job at York Lions Stadium.

Brennan’s contract with the club was set to expire ahead of the 2022 Canadian Premier League season, with the Nine Stripes opting to begin the search for a new gaffer with as much lead-time ahead of its next season as possible.

He was first announced in 2018 as both head coach and Vice President of York United (then called York9 FC), with his duties shifting to head coach and technical director later on.

Club President Angus McNab – who himself took over from Preben Ganzhorn – had some thankful words for Jim in the club’s official press release:

I want to thank Jimmy for everything he has done coaching this club over the last three years. Firstly, there has been his impact on the field but it’s imperative that I also recognize and applaud the huge contribution he’s made off the pitch. Without him, the club is probably not here today.

McNab also noted that the side is hoping that Paul Stalteri and Camilo Benzi will stay on with the side, describing them as great additions that the club values – though there’s obviously a lot of moving parts right now.

Brennan led the team to a third-place finish in the inaugural CPL season, with Brennan earning a nomination for the 2019 Coach of the Year. The side then missed out out on a postseason berth last year at the Island Games before rebranding as York United in the offseason.

While few had expected a much-transformed, young-leaning Nine Stripes side to reach playoffs in 2021, Brennan led the side to secure the fourth and final playoff spot before his final match in charge saw them lose 3-1 to Forge in a playoff semi-final.

There is no way our young players like Max Ferrari, Isaiah Johnston and Lowell Wright would be thriving as they are without Jimmy’s support and guidance. There is a strong foundation here and we are grateful to Jimmy for having been so crucial in building it.

Brennan’s tenure with the side also saw the side reach MLS competition in both of its Canadian Championship campaigns, with the club proving competitive against CF Montreal in 2019, with this year seeing the club dispatched handily by Toronto FC in the quarter-finals.

Jim Brennan becomes the fourth CPL head coach dismal in the young league, with Michael Silberbaeur, Jeff Paulus, and Rob Gale having departed ahead of him. Only Bobby Smyrniotis, Tommy Wheeldon Jr., and Stephen Hart remain from the original group of head coaches.

In today’s episode of Northern Futbol, Thomas Nef is also reporting that Mista’s departure from Atletico Ottawa is a done deal, though the neither club nor manager has made an official statement as of yet.

Brennan’s playing career was spent largely in England, where the Canadian international played for the likes of Bristol City, Nottingham Forest, Norwich City, and Southampton before he became the inaugural signing for Toronto FC in 2007. He also appeared for the Canadian national team no less than 49 times.

After the TFC Captain opted to hang up his boots, his first steps into coaching came with the MLS side at the youth level, with an assistant coaching role following. He was a short-term caretaker manager for the club during a suspension for Ryan Nelson, and was fired alongside him in 2014.

The 44-year-old then landed with Aurora FC in an executive role, leading the side into League1 Ontario as its head coach before helping found York United, which was called York9 FC at the time.

A club statement revealed that the search for a new head coach has already begun.