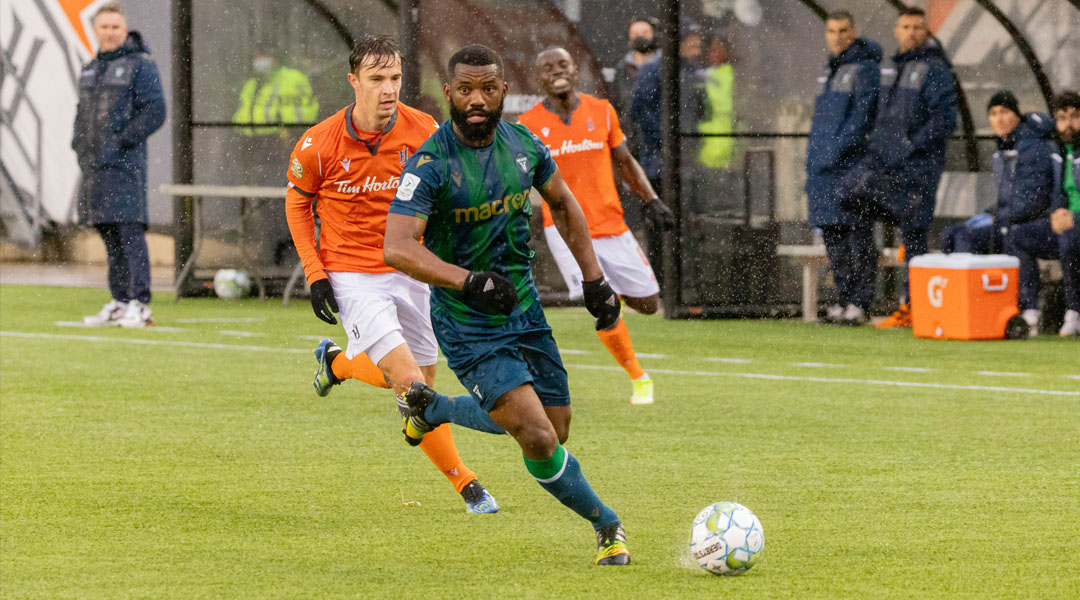 York United midfielder Jordan Wilson has announced his retirement at the age of 31.

The Nine Stripes midfielder had been a regular feature during his time in the Canadian Premier League, where he accrued fifty-seven appearances for York United since arriving in 2021.

A physical midfielder who was a well-known aerial threat on set pieces, Jordan also contributed six goals for York United during his time at York Lions Stadium.

“It’s time for me to hang up my boots and retire from professional football,” said Wilson in an online post. “Apologies to those who I’ve kicked over the years. You’re free now.”

Wilson was deployed as both a defensive midfielder and fill-in centre-back for the side, both of which were positions he was familiar with following his time in Denmark with Nykobing FC. He garnered nearly 150 appearances for the team, donning the captain’s armband on a few occasions as he stayed with them through both promotion and relegation.

Prior to this, his playing career got its start with Rishoj BK in 2015.

“A leader, a warrior, a hero. Thank you, Jordan Wilson. For everything. Wishing you the very best in your retirement. A class act, on and off the pitch,” read a post from York United.

Wilson has increased his year-over-year presence as a OneSoccer panelist over the last two years, suggesting that a move to a media role might be on the cards for the Mississauga-born athlete.

We wish Jordan all the best in his next career steps – and fatherhood, too!

The 2023 York United roster will feature quite a different look, with a number of player departures and another retirement in Oliver Minatel, too.