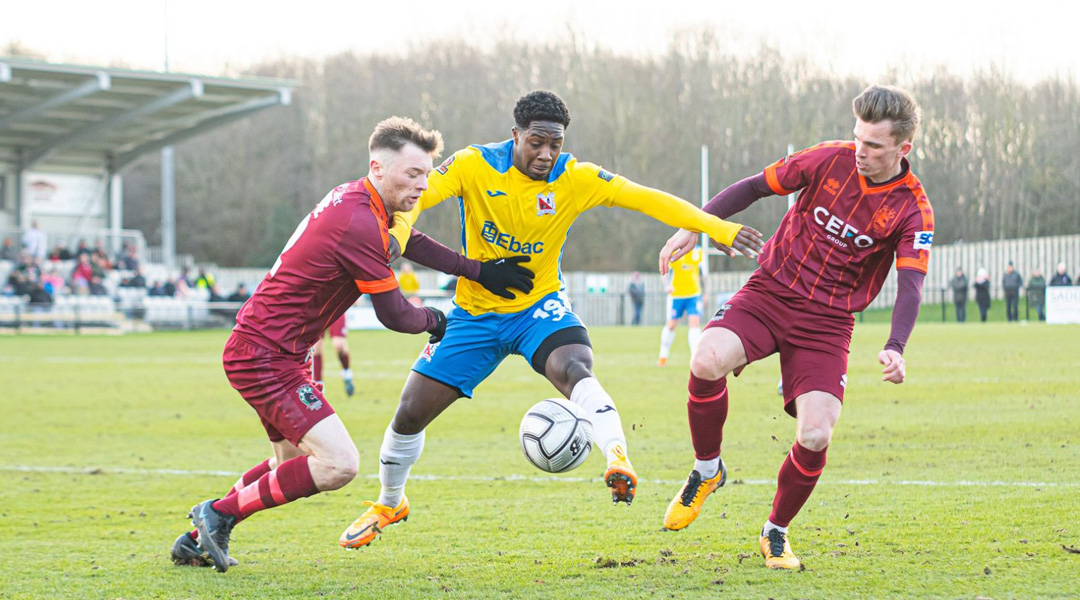 The 22-year-old Portuguese attacker showed a flair for scoring spectacular goals in the English lower leagues, with his new CPL side clearly hoping that he’ll be able to help them rack up a few for them amidst a tough run of form.

Santos progressed to English football after developing at the youth level in his native Portugal, spending time with Vilafranquense and Setubal Vitoria FC before landing with English non-league side Tadcaster Albion AFC.

It was there where an FA Cup match against Darlington FC saw the Portuguese winger catch the eye of Darlington boss Alun Armstrong, who soon recruited the winger to join the National League North side.

He became a goal conduit afterwards, scoring two of the club’s goal of the season contenders against Telford and Fylde, with the latter going on to win:

Dos Santos – who prefers to go by Kevin Santos – procured four goals in 39 matches, with his departure from Darlington being confirmed just a few days ago. The Nine Stripes have evidently moved quickly to bring the Portuguese talent into the fold as it seeks to stop its fall from out of playoff contention.

The newest CPL recruit has been described as a winger with a good engine who isn’t afraid to shoot on sight, which is something York United have been troubled with so far this season. The Nine Stripes have only scored seven league goals this year, four of which came from Osaze De Rosario.

While described as a left winger by trade, it’s worth noting that the dual-footed winger can freely play out on the right, too.

I’ve known his agents at Coda in the UK for a long time and this was a deal that made sense for everyone. He’s an exciting player who I think will provide a spark in the final third. Kev is great with both feet, can comfortably play on either flank and across a front three too. He can also drop deeper and slot in as a wingback if needed. So, that flexibility and adaptability provides us with plenty of options.

He becomes the second Portuguese player to land in Canada’s domestic top flight after Umaro Balde.