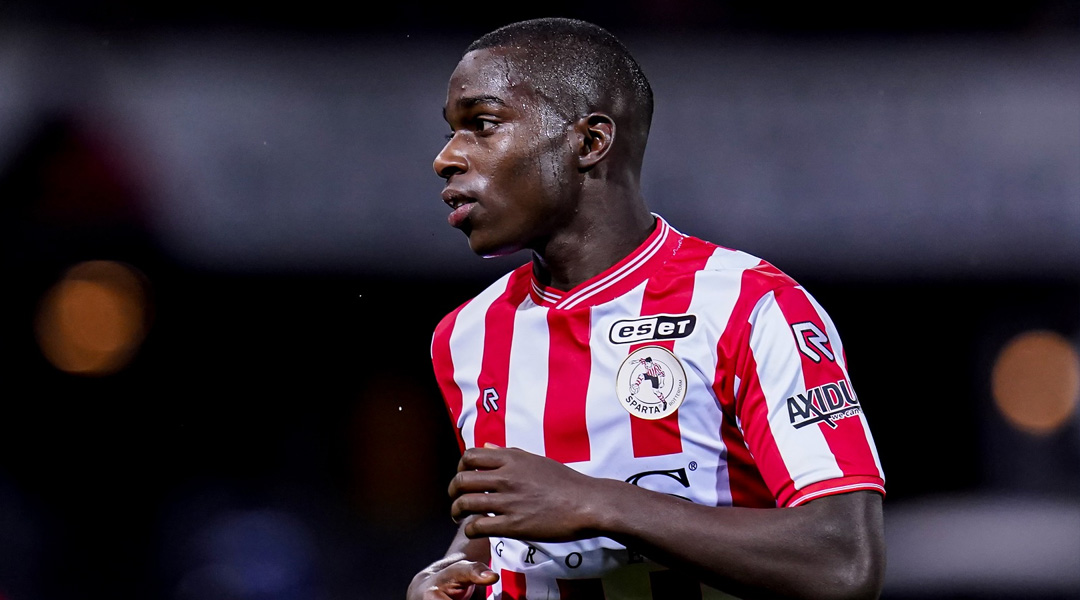 York United is looking to the Netherlands for its successor to Diyaeddine Abzi.

The Nine Stripes have announced the signing of Dutch left-back Lassana Faye, a former Sparta Rotterdam and Vitesse defender who arrives to York Lions Stadium having last previously signed with Ukrainian side FC Rukh Lviv earlier this year.

His new deal at York Lions Stadium will last for one year, with an option for another season should his first prove successful.

“He has big shoes to fill following Diyaeddine Abzi’s departure last season,” stated Club President Angus McNab. “We feel he is more than capable of delivering. He is very excited to get to Canada and his enthusiasm for the project was very clear to see throughout all of our discussions.”

The 24-year-old defender had a promising youth career that saw him develop with Sparta Rotterdam, PSV, and Vitesse, with the left-back turning pro at the latter in 2016.

He had worked his way through the reserves to feature in the first team, making a cup debut in a 4-0 win over Jodan Boys before making his league debut two months later against Ajax.

He moved on to hometown side Sparta Rotterdam in 2018, featuring in 35 league appearances and undergoing a loan to ADO Den Haag, whom York United had sold Emilio Estevez to back in 2020. After that, a faltered move to Ukraine through Rukh Lviv preceded his free transfer to York United, who had been seeking a left-footed left-back since the departure of CPL star Diyaeddine Abzi.

His arrival ponders questions for Paris Gee, who arrived as a midseason reinforcement at the left flank and did an admirable job, racking up two assists in just eight appearances. The contract of Brazilian left-back Eduardo Jesus still runs through 2023, though Nash dropped him out of the line-up entirely after Paris came into the scene.

“Lassana is an athletic and technical left-back with the ability to join the attack and create,” added the head coach.

Faye won’t be the first or even second Rotterdam talent to land in the Canadian Premier League, with Gianni Dos Santos and Bradley Vliet both also in the league. He also won’t be the first player to land at York Lions Stadium due to the invasion of Ukraine, with Osaze De Rosario doing so earlier this year before setting himself as the club’s record goalscorer.

The York United roster is expected to face some serious shifts this offseason, with the out-of-contract defender Dominick Zator and young midfield engine Isaiah Johnston both expected to depart.