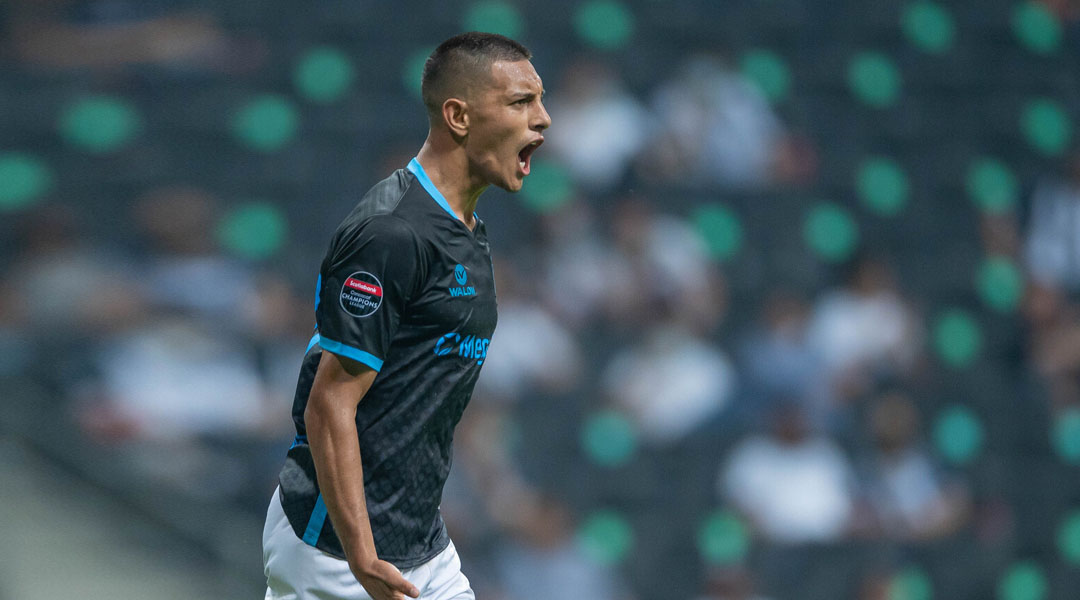 York United striker Lisandro Cabrera‘s stay on loan with Atletico Pantoja may last longer than fans had first envisioned, but the Nine Stripes are still ready to recall him when the 2021 Canadian Premier League season eventually gets underway and his Canadian visa gets approved.

That was always the plan, so to speak, with the terms of the loan arrangement remaining unchanged despite some emerging reports to the contrary.

The 23-year-old striker made history with Atletico Pantoja a few days ago by scoring the club’s first-ever goal in the Concacaf Champions League, with the Dominican side bowing out of the competition in a 6-1 aggregate loss to Monterrey. Cabrera’s goal marked the first time a club from the Dominican Republic had scored in the Champions League, with Cabrera also becoming the first Canadian Premier League athlete to score in the premier continental competition.

With the move described as a short-term loan by York United and the CPL having set May 2021 as a possible launch date for the season, fans would be forgiven for thinking that Cabrera’s time in the Dominican Republic was always limited to Atletico Pantoja’s spell in the Champions League.

As it turns out, the terms of the striker’s loan covered the option for him to remain at the club for the full Liga Dominicana de Futbol season, with York United retaining the right to recall him at any time throughout the year once his Canadian visa was processed.

There’s still no news on the visa front, with Nine Stripes international Sebastian Gutierriez recently confirming he was still awaiting his own visa clearance, too. With York United unable to begin preseason training camp at the present, there wouldn’t have been too much for Cabrera to do if he was flown into Canada following his Champions League performances.

While CPL clubs outside of Ontario are ramping up preseason preparations, it’s still not ultimately clear what the timeline for the 2021 Canadian Premier League season looks like, or whether teams will be able to operate in home markets. While things look more promising with the likes of Nova Scotia, Ontario has found itself in an extended lockdown due to the province’s comparatively poor mitigation of the COVID-19 pandemic.

The only Ontario-based team to have started preseason camp is Atletico Ottawa, who travelled to Spain to do so.

York United has had some rough spells in terms of international signings, with the likes of Adrian Ugarriza, Jaco, and Brian Lopez being released without stepping foot in the country due to travel difficulties from this pandemic, and Jose Pina failing to obtain his visa prior to that in the club’s inaugural season. That being said, the club was able to secure the arrival of Real Madrid Academy product Alvaro Rivero on short notice ahead of last year’s Island Games, and he’s now signed a multi-year deal with the side.

Cabrera is also on a multi-year deal with York United which is structured with club options for 2022 and 2023. He looks the part of a high-profile signing for the Nine Stripes, developing with Argentinian giants Boca Juniors and Newell’s Old Boys, making his professional debut with the latter.

The move to York United will be his first venture into North American football, with Cabrera having spent time on loan with Colombian sides Cucuta Deportivo and Patriotas Boyaca, and Argentinian side Gimnasia y Esgrima before signing with York United and seeing himself loaned to Atletico Pantoja.

York United currently has three other players out on loan, with Nicholas Hamilton at Dundee FC, Michael Petrasso at Barnet, and Dominick Zator with Vasalunds IF. All three of these loans are set to run until June 2021, while Cabrera’s is currently set to run until York United calls him back at any point this season pending his visa clearance.

Should the 2021 CPL season kick off prior to the return of the loanees, the club will have roster space to potentially sign 2021 CPL-U SPORTS Draft picks Christopher Campoli and Danial Rafisamii in a short-term window. If the season kicks off after the return of at least two of the four on-loan players, however, the club would have no roster room to sign the U-SPORTS duo to developmental contracts this season.

Atletico Pantoja will be kicking off its 2021 Liga Dominica de Futbol season tomorrow in a match against reigning league champions Universidad O&M.